A Life Size Chocolate Francis & the "culture of waste" 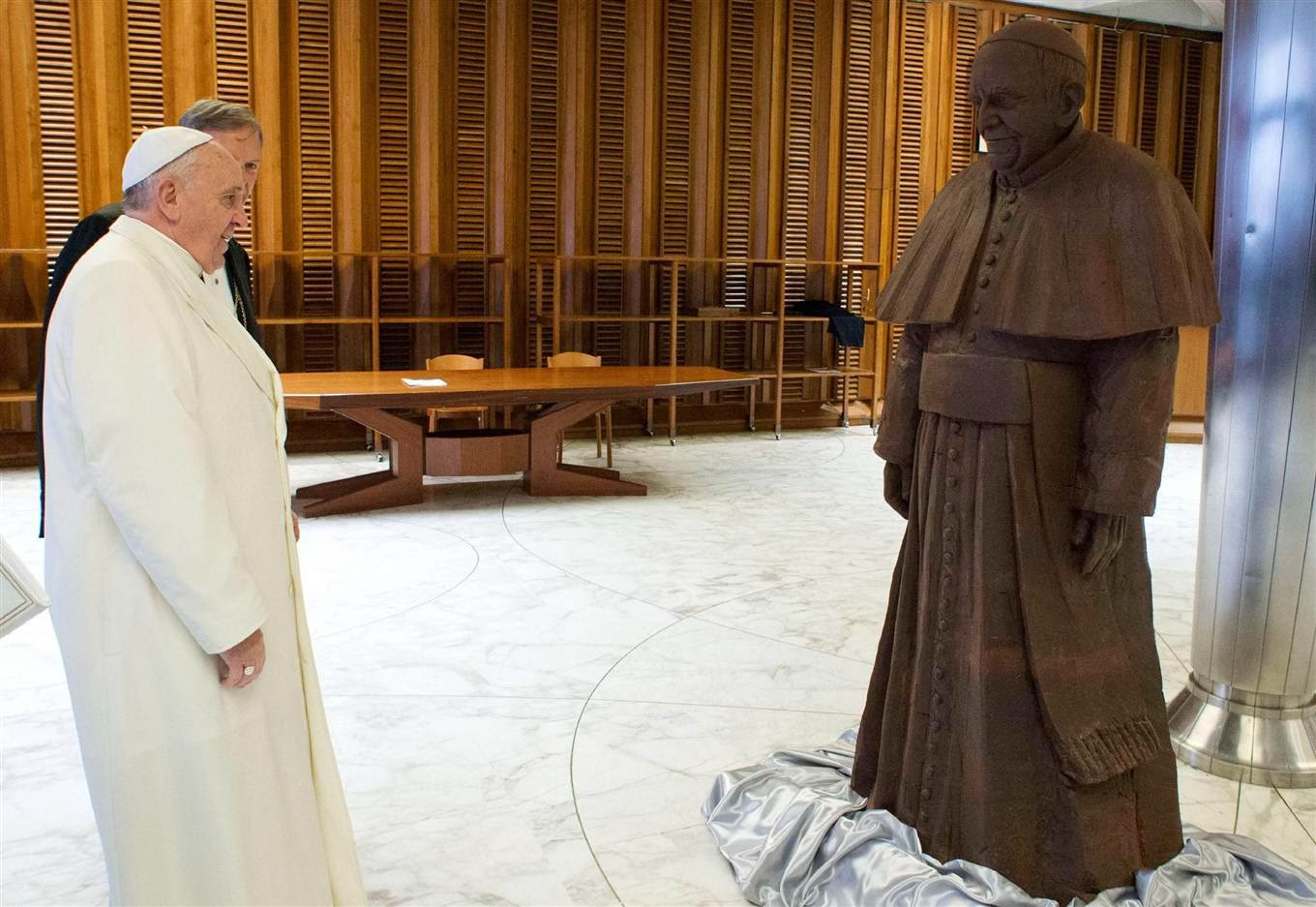 On 5 February 2014, Francis was given a gift of a giant chocolate statue of himself after his general audience.  One and a half tons (3000 lbs or 1364 kgs) of cocoa were used to create it.  The statue was made by Mirco Della Vecchia, Paolo Moro, and twenty students at the Accademia de Maestri Cioccolatieri.  In addition, Della Vecchia donated a further one and a half tons of chocolate to Caritas, a catholic charity, which was recently in the news for arranging the funeral of Andrea Quintero, a sexually confused homeless person, in the Chiesa del Gesù.

Recall what Francis said back in June 2013 on UN World Environment Day:


"This culture of waste has made us insensitive even to the waste and disposal of food, which is even more despicable when all over the world, unfortunately, many individuals and families are suffering from hunger and malnutrition. Once our grandparents were very careful not to throw away any leftover food. Consumerism has led us to become used to an excess and daily waste of food, to which, at times, we are no longer able to give a just value, which goes well beyond mere economic parameters. We should all remember, however, that throwing food away is like stealing from the tables of the the poor, the hungry! I encourage everyone to reflect on the problem of thrown away and wasted food to identify ways and means that, by seriously addressing this issue, are a vehicle of solidarity and sharing with the needy."

And also, wrote in his Apostolic Exhortation, Evangelii Gaudium, paragraph #191:


"...Seeing their poverty, hearing their cries and knowing their sufferings, we are scandalized because we know that there is enough food for everyone and that hunger is the result of a poor distribution of goods and income. The problem is made worse by the generalized practice of wastefulness.”

It seems Francis is like any typical modernist, whose own advice applies only to one's enemies and never to oneself. 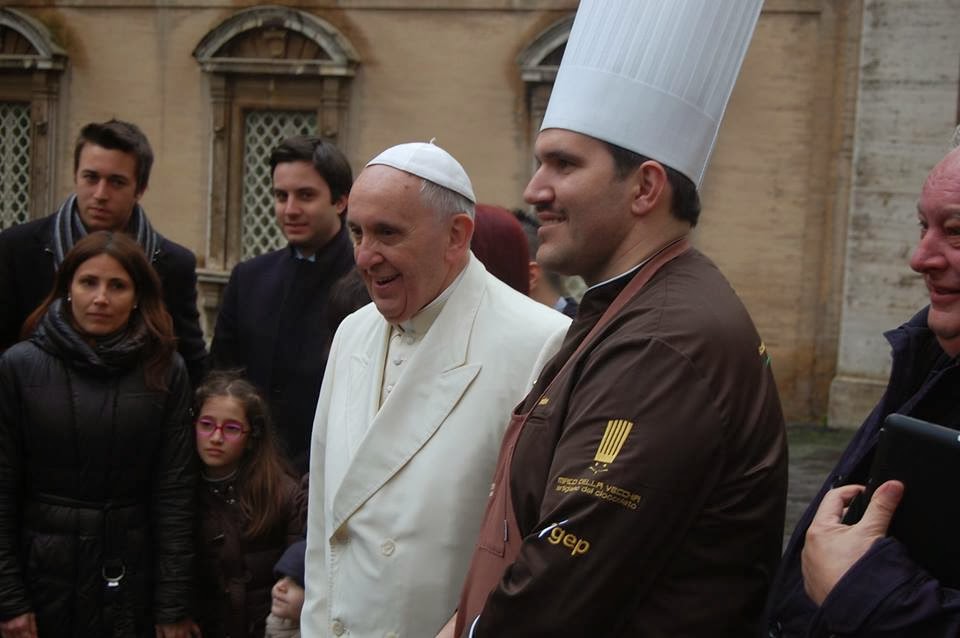 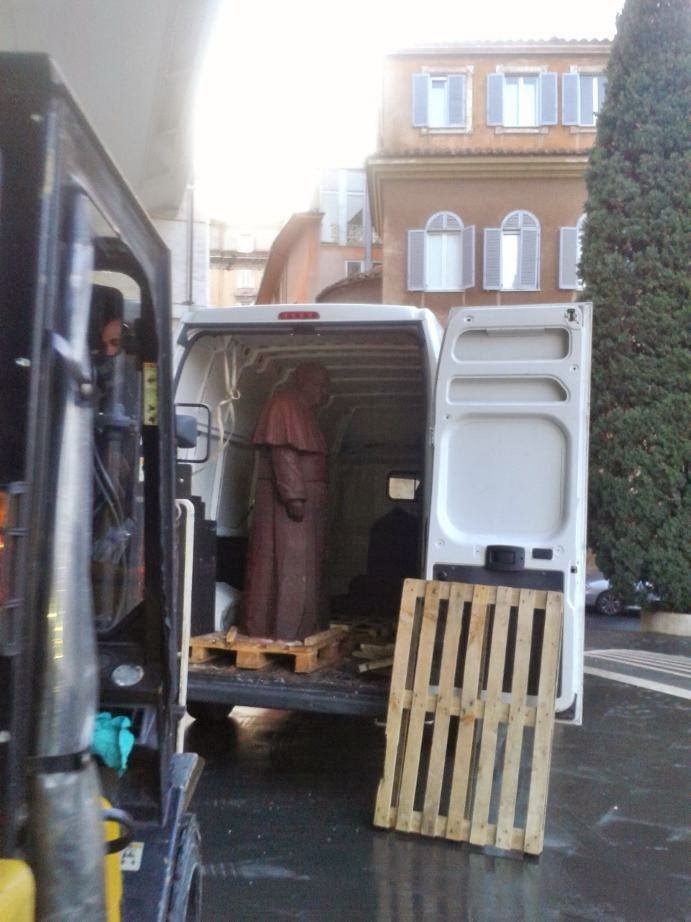 (The chocolate statue of Francis arrives at the Vatican.) 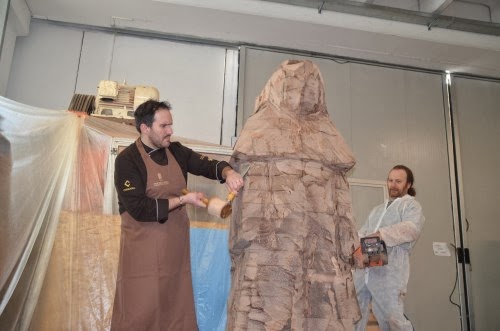 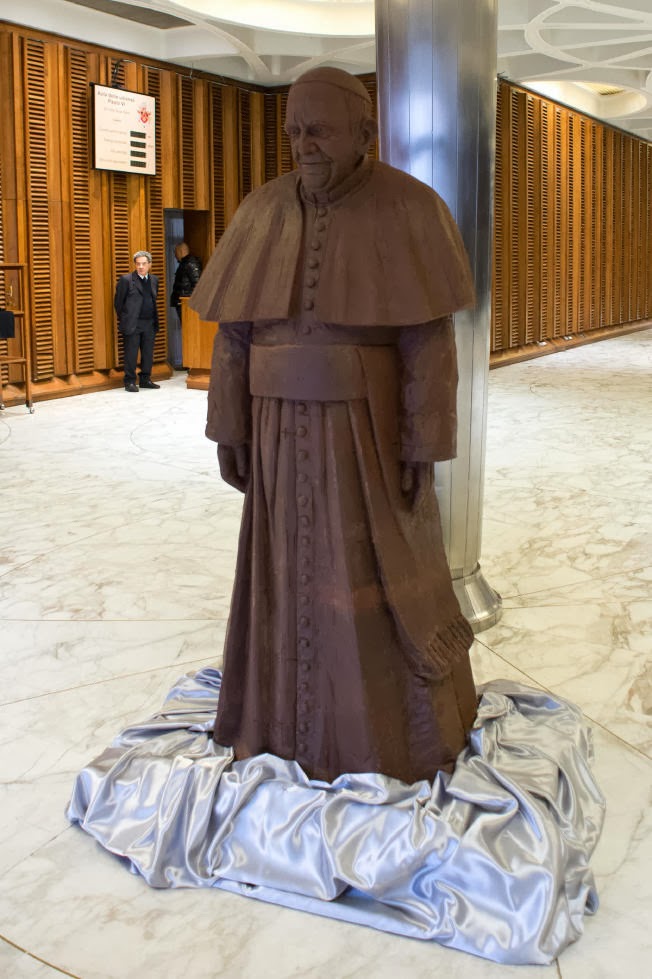 (Last week it was SuperFrancis & this week Chocolate Francis!)
Posted by hereisjorgebergoglio at 10:15 AM