In the above photo notice the airplanes flying through the air as well as resting on the reliquary of St. John Bosco.  St. John Bosco's casket traveled the world and was viewed in over 130 churches. The video below is from January 30, 2014 when the urn with relics arrived in the church of San Vittore in Varese, Italy.  Of note is the rock n' roll music, dancing, the throwing of paper airplanes, the atmosphere of a carnival, and the total lack of respect for an incorrupt saint's body.  This behavior is a direct result of the Novus Ordo Missae & Vatican II.  A perfect example of Francis' call at World Youth Day Rio 2013, "to make a mess in your dioceses."

The original photo from La Repubblica, an Italian newspaper can be seen here as well as
several other photos before the reliquary departed San Vittore for its last five days of
travel to churches in Italy.  Or one can view them below. 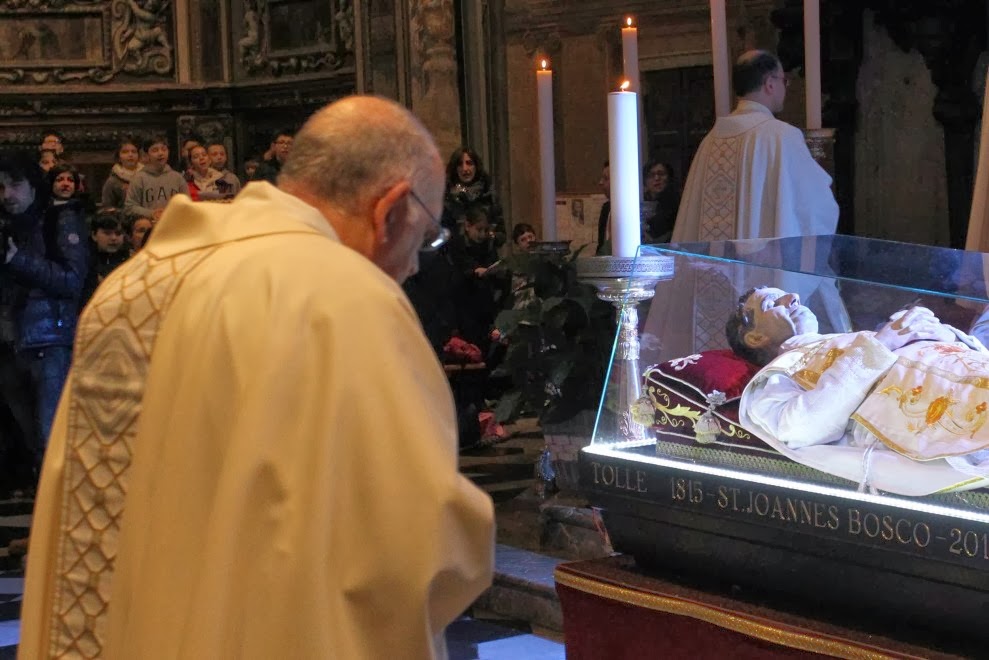 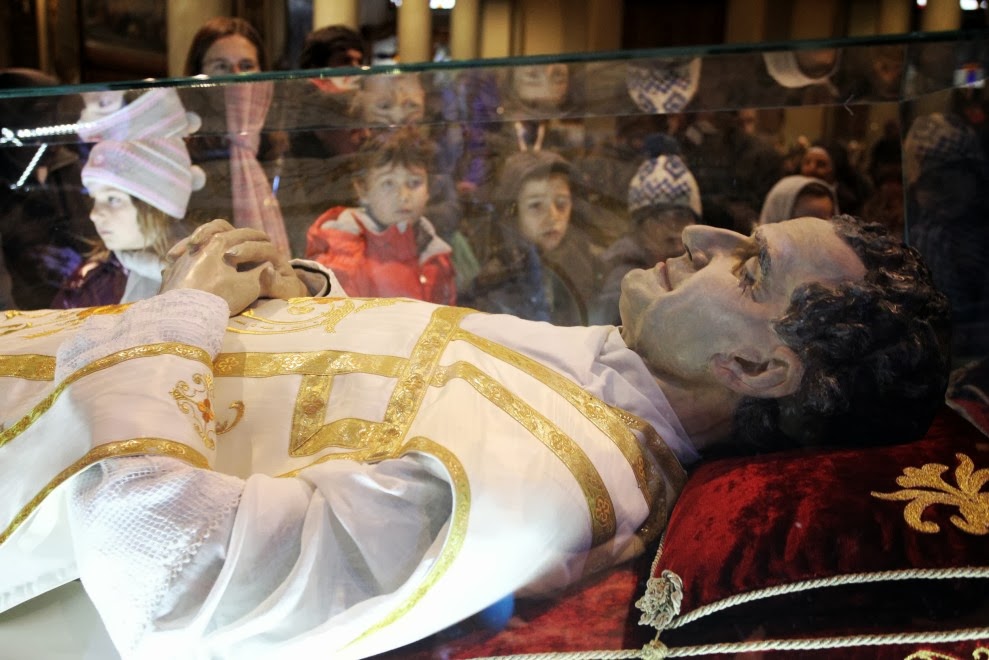 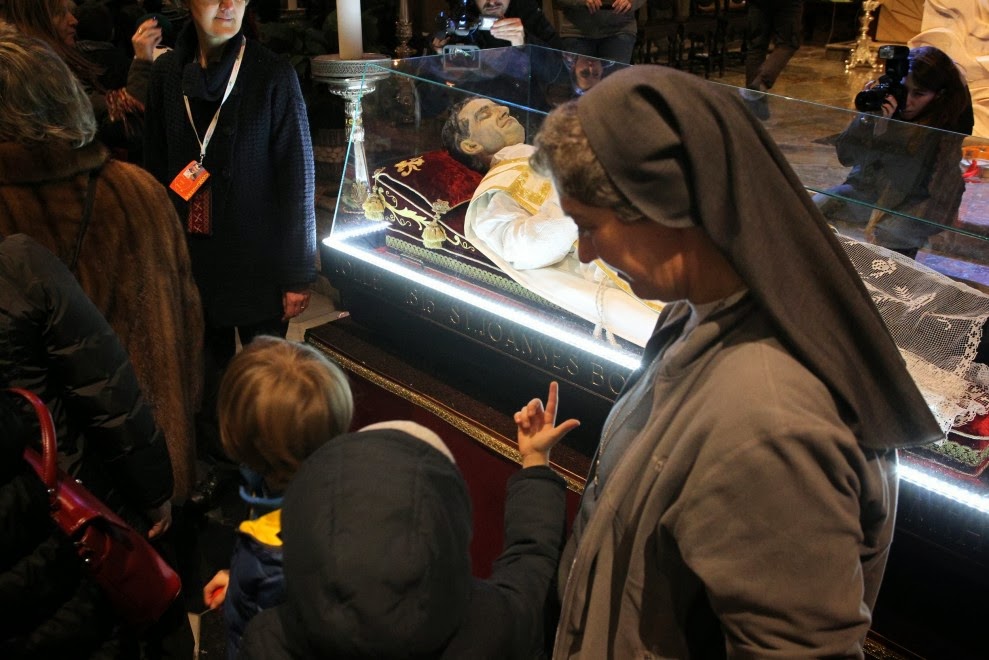 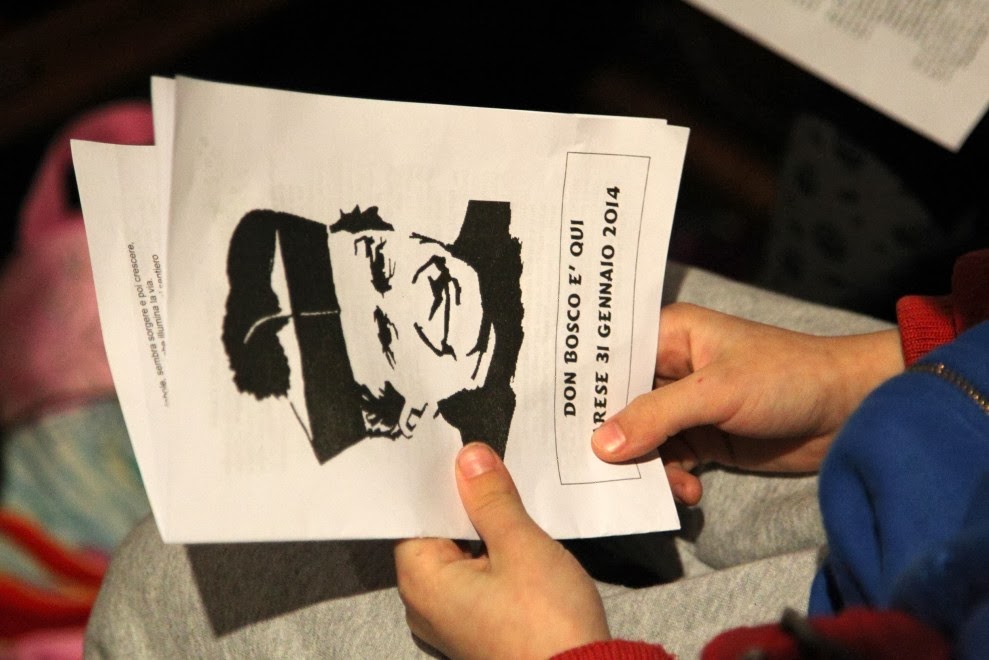 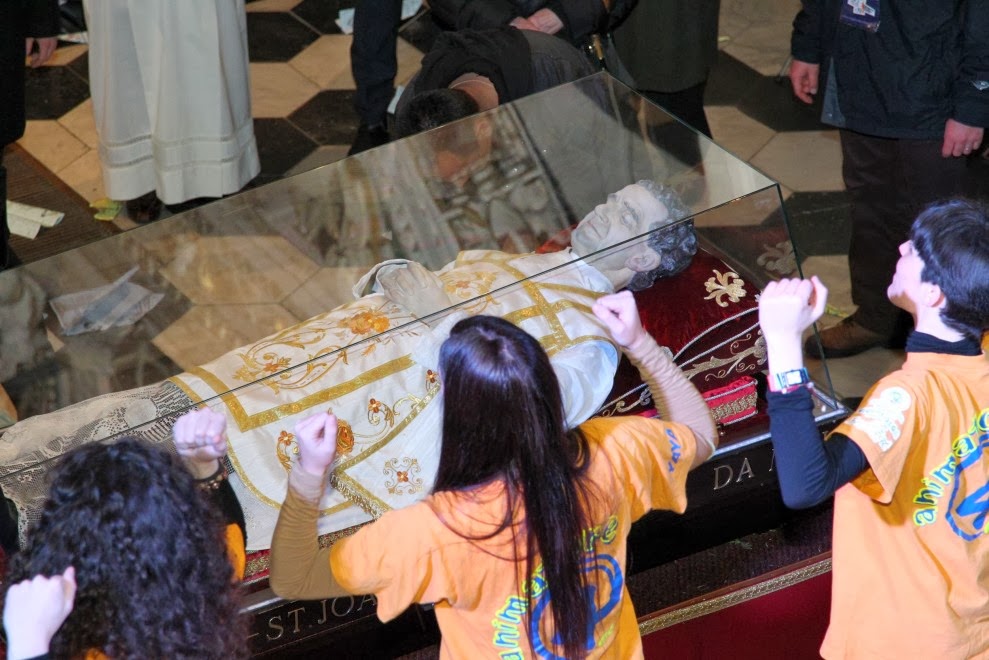 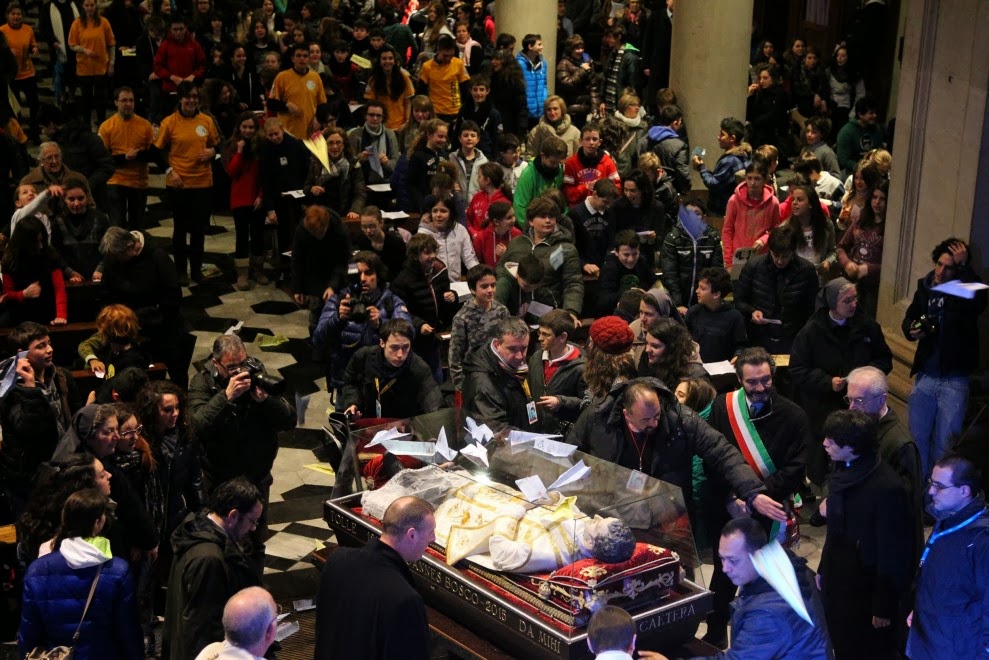 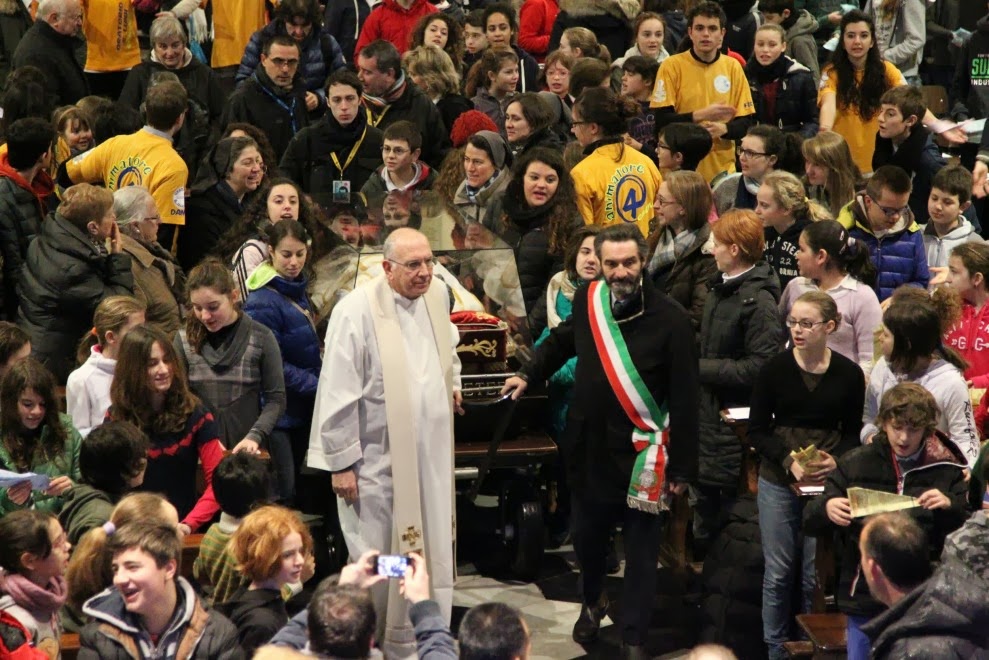 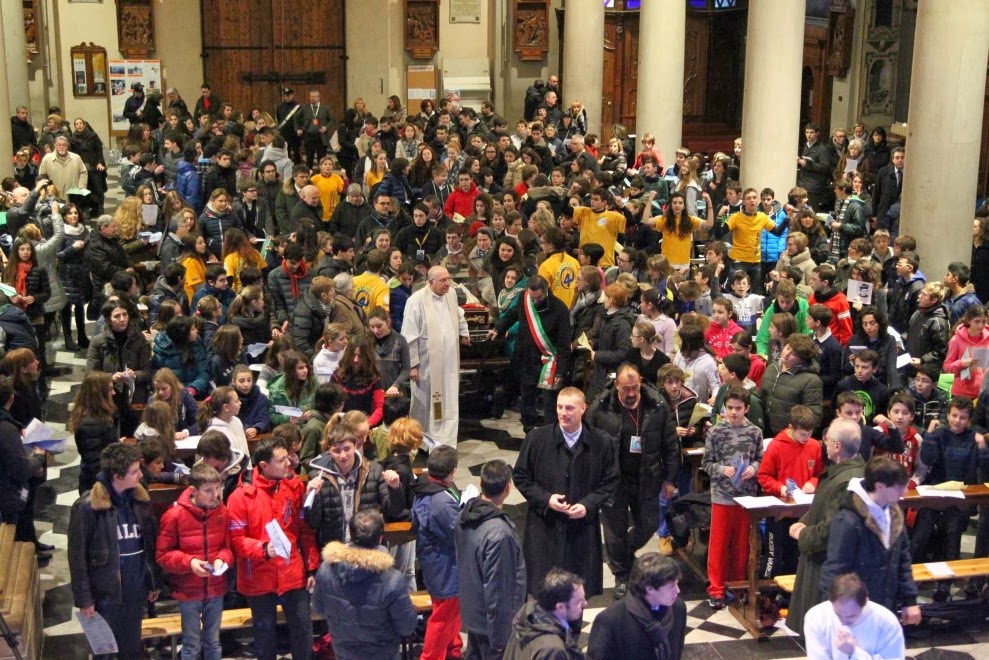 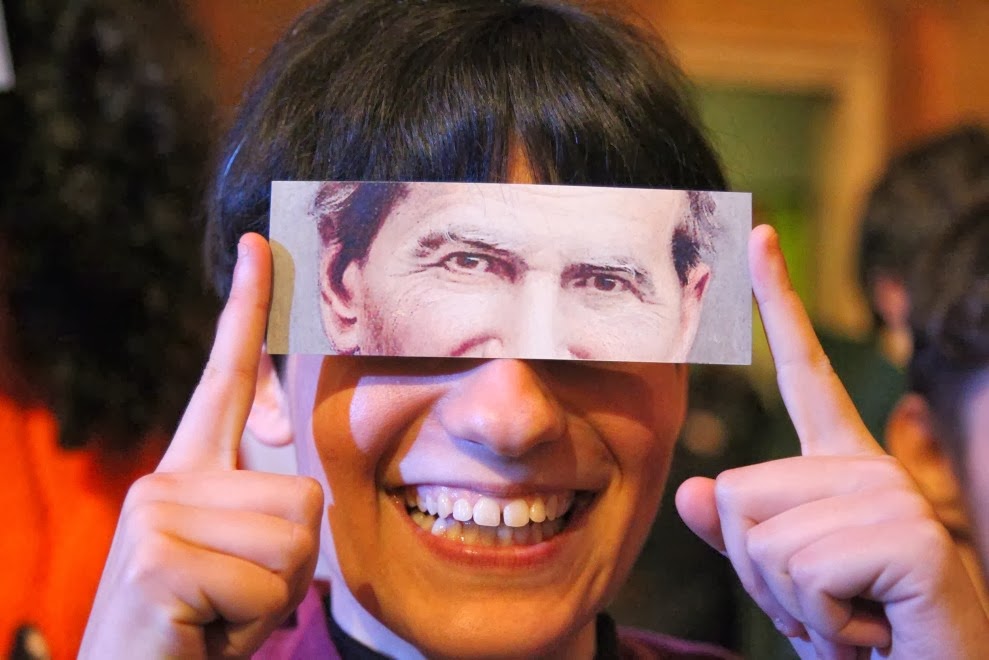 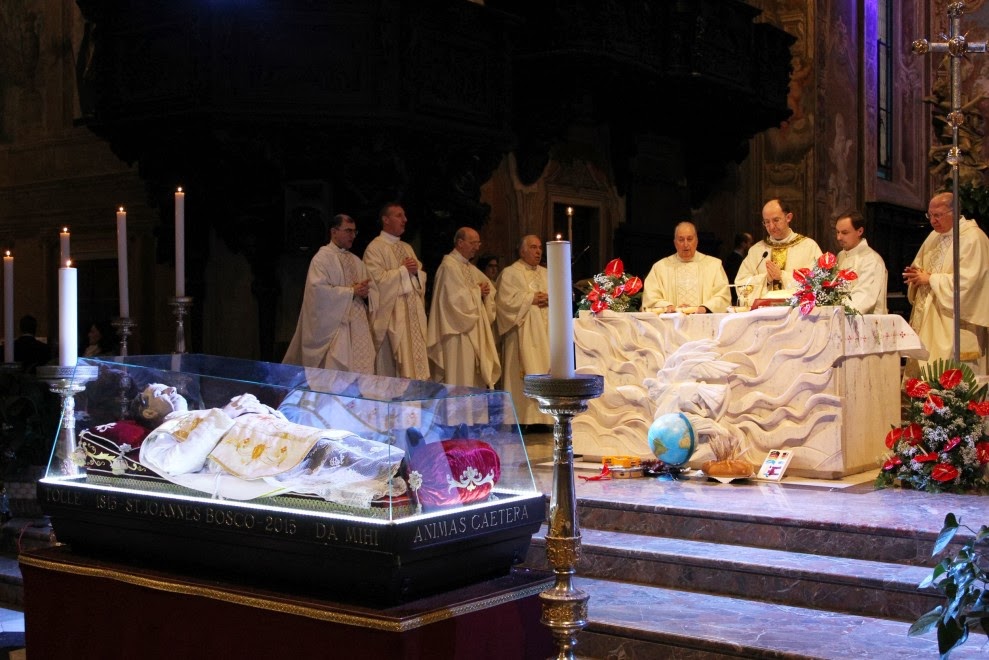 Video of St. John Bosco's incorrupt body being exhumed from his tomb and being transferred. 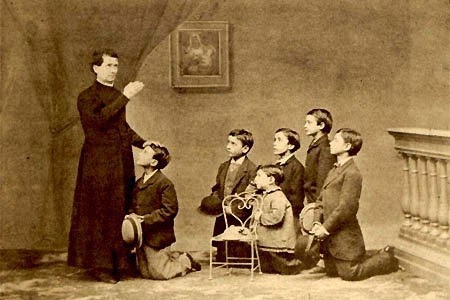 Contrast the behavior of the boys above receiving a blessing from
Don Bosco in 1871 with the above video and photos.

St. John Bosco was the founder of the Salesian Society and more can be read about this great saint in the Catholic Encyclopedia by clicking here.

It was brought to our attention by a reader that it wasn't the incorrupt body of St. John Bosco inside the casket traveling to over 130 churches around the world but inside was the right hand of St. John Bosco. The same hand which had blessed many countless children.  We apologize to our readers for this mistake.  A Big thanks to Heime H. for pointing this out and sending this article.

Posted by hereisjorgebergoglio at 7:05 PM