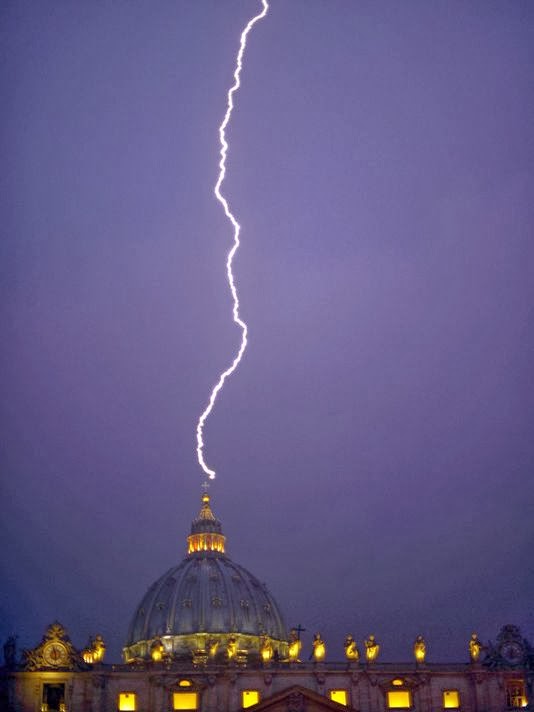 On 11 February 2013 Benedict XVI announced his intention to resign from the papal office on 28 February 2013.  Later that same day lightning struck St. Peter's Basilica in the Vatican City not once but twice!  A sign from God perhaps?  Without the resignation of Benedict XVI, Francis would still be Cardinal Bergoglio in Buenos Aires, obscure to the world which praises him so greatly now.  For those who believe Benedict XVI was forced to resign and opposes the changes Francis is making to the Novus Ordo religion, ahem Fr. Paul Kramer, keep reading.  Not only is Benedict XVI Francis' enabler but he fully supports him.

In a letter written to Hans Kung on 24 January 2014, Benedict XVI wrote,


"Today I see it as my only and last task to support his [Francis'] pontificate in prayer."


"[Benedict XVI is] committed to supporting Francis hoping for his every success." 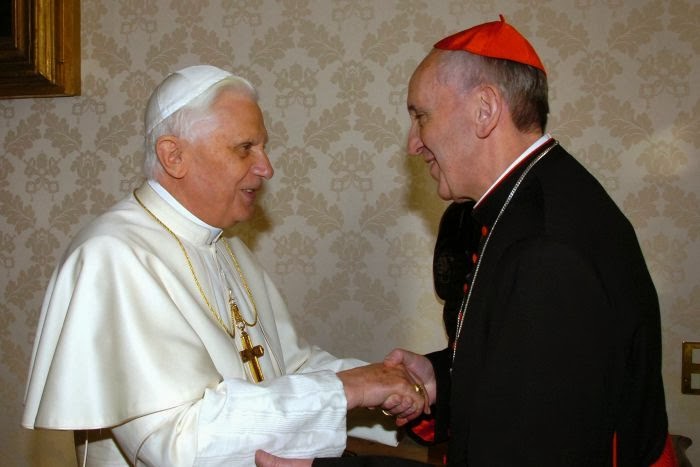 Posted by hereisjorgebergoglio at 2:00 AM