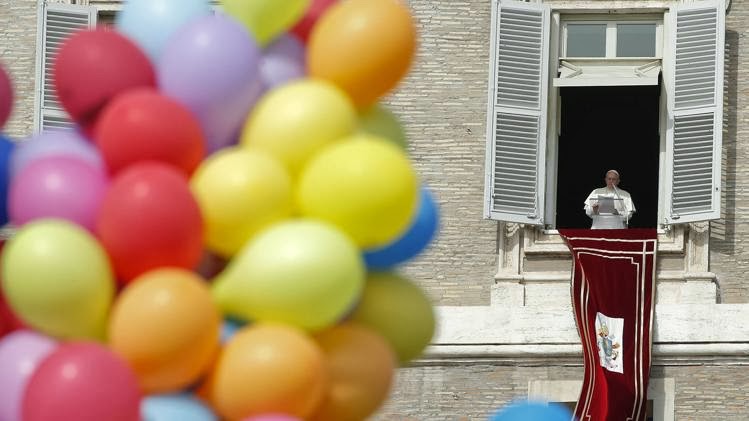 We call it novelty, Francis calls it a new fashion.  Never one to let an opportunity pass him by, Francis once again finds a way to incorporate balloons into the Novus Ordo religion.  While saying the 16 February 2014 Angelus a bunch of balloons was released.  The banner hanging from the balloons (see video screenshot below) reads 'arcobaleno' in Italian, which translates into English as 'rainbow'.  Is this being done in support of world peace or to support special rights for sodomites?  Could it even be with all the rabbis Francis has recently had as guests at the Vatican to support the Talmudic Noahide laws?  To quote Francis, "Who am I to judge?"

Posted by hereisjorgebergoglio at 4:50 PM