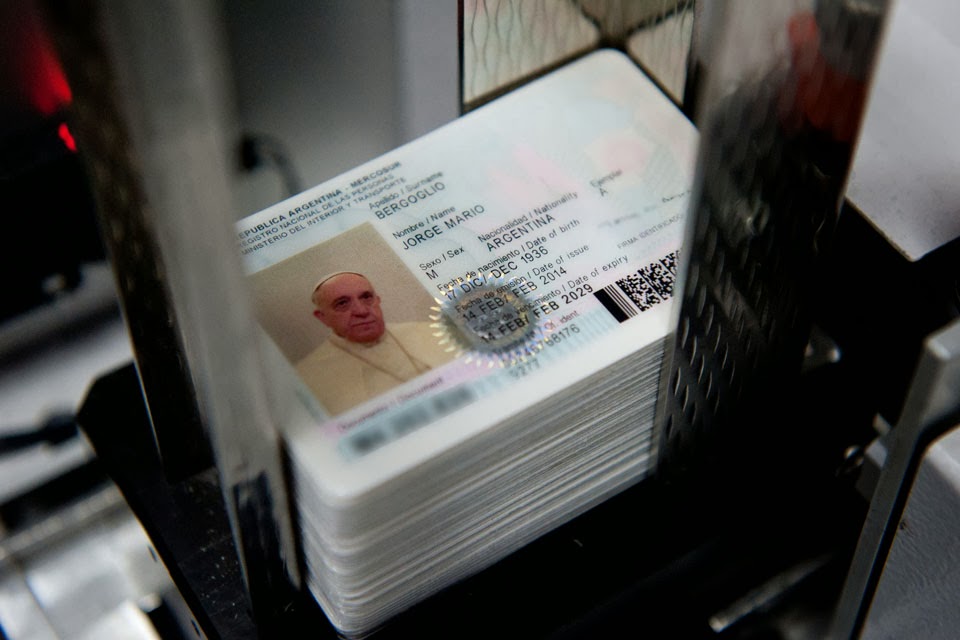 This past Friday, Francis applied to renew his Argentinian ID card & passport.  We believe Jorge Mario Bergoglio is tipping his hand on how he feels about himself as pontiff of the Novus Ordo religion.  A peek into the psyche of Francis - to quote the well known saying, "actions speak louder than words!"

Below is a English translation of the article, "En el Vaticano, el papa Francisco tramitó el pasaporte y el DNI argentino" from La Nación via Rorate Caeli.  As always the underline are ours.


It is always said that pope Francis remembers his country, Argentina, even though he is now the head of the smallest state in the world. In the Vatican, Jorge Bergoglio renewed his passport and applied for his new DNI [National Identity Document], which will be the only valid one from next year.

The Minister of Interior and Transportation, Florencio Randazzo, informed today that, "pope Francis applied for his new Argentinian DNI and Passport last Friday and will receive it in the next few days in the residence he declared, in the Vatican," according to a communiqué of the office.

"His Holiness spoke to Juan Pablo Cafiero, our ambassador before the Vatican, and informed him that he would like to keep traveling around the world with the Argentinian passport, due to which the procedure was started by way of the digital center we have working in Rome," Randazzo declared.

"Francis expressly asked not to enjoy any privilege, the reason for which both his New DNI and Passport have followed the regular administrative path," the civil servant emphasized. "The Pope went through a procedure as the one all Argentinians follow, in which a digital photograph, his fingerprint and his signature were collected in about 15 minutes; and in the next few days he will be receiving it in Domus Sanctae Marthae, in the Vatican, which he declared as his residence."

"This new gesture of the Pope for our country fills us with pride," Randazzo added, recalling that Bergoglio has had a Vatican passport from the beginning of his pontificate, on March 19 [2013]. 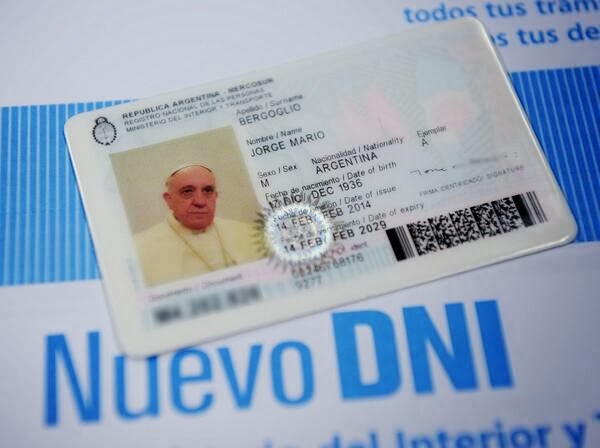 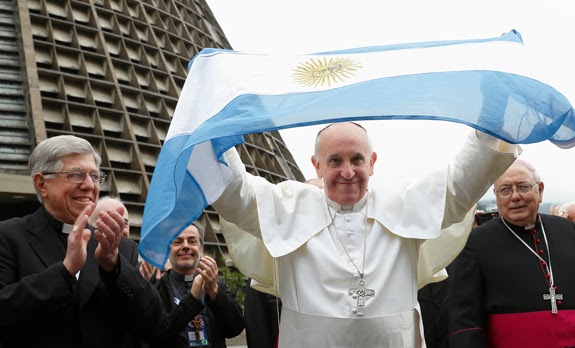 Posted by hereisjorgebergoglio at 2:12 PM