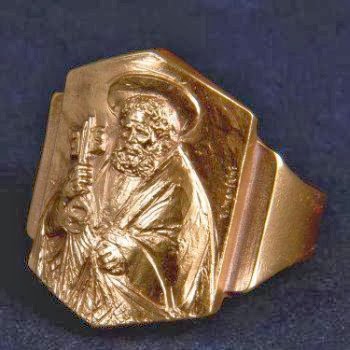 Francis received the papal ring at his inauguration mass at St. Peter’s basilica Tuesday 19 March 2013.  The fisherman’s ring has a depiction of the Apostle Peter on it with the keys of the Church, symbolizing papal authority over the Universal Church. In a note, Vatican spokesman Fr. Federico Lombardi s.j. said the ring was designed by Enrico Manfrini for Pope Paul VI but never realized in metal.  This is because Pope Paul VI  preferred to wear a ring celebrating the Second Vatican Council instead.


Just who is Enrico Manfrini besides the famous sculptor of Pontiffs?  In the Bulletin de l'Occident Chrétien Nr.12, July, 1976, (Directeur Pierre Fautrad a Fye - 72490 Bourg Le Roi.) a list of known Masons in the Church was published.*


Each man's name is followed by his position, if known; the date he was initiated into Masonry, his code #; and his code name, if known…

Manfrini was also the star pupil of Italian artist Francesco Messina.  Messina was a world renowned artist who was a winner of the Lenin Prize. 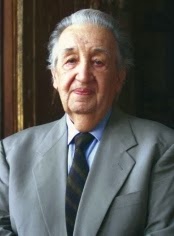 Enrico Manfrini (1917-2004) famous sculptor of the Popes and artist behind Francis' papal ring.
Manfrini was a Knight Grand Cross of the Order of St. Gregory the Great. 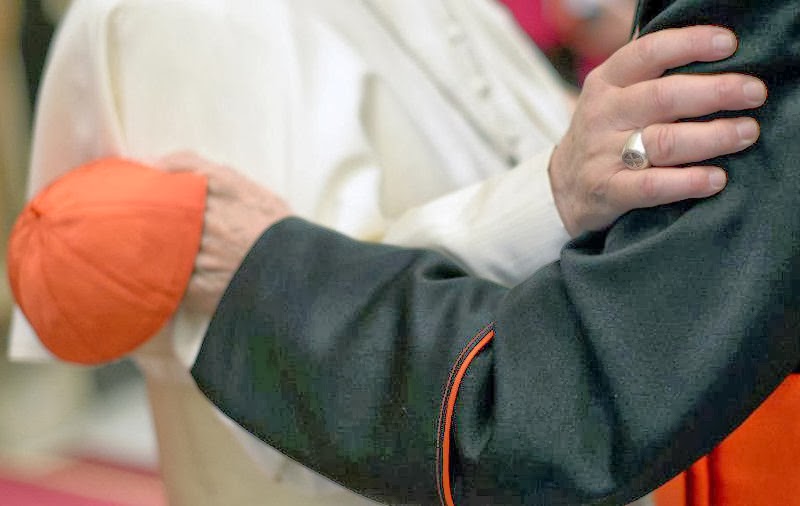 Before he was inaugurated as Pope, Jorge used a simple ring (shown above) while he was a Cardinal and a Bishop of Argentina.  It looks to be cast of base metal most probably an iron alloy or possibly silver as his pectoral cross is.  Jorge sent the ring back to Argentina to the people as a gift when he received his new papal ring at his inauguration. 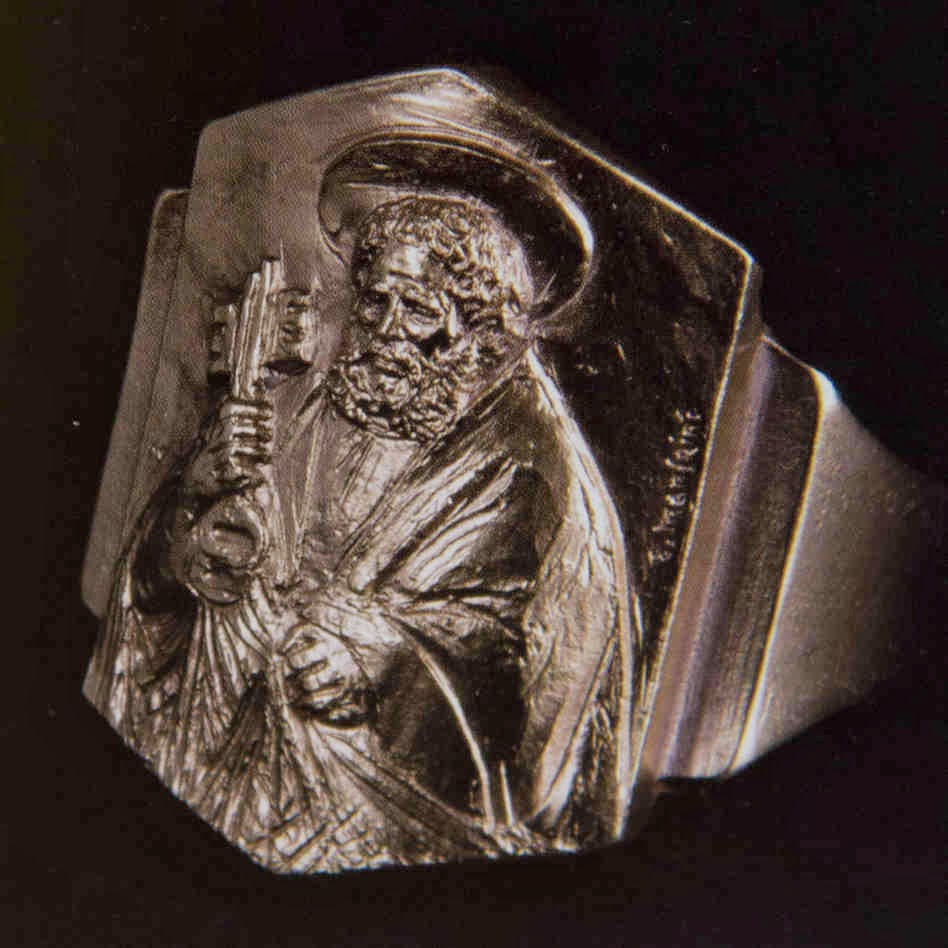 Above is the wax casting of Paul VI’s Papal Ring designed by Enrico Manfrini. 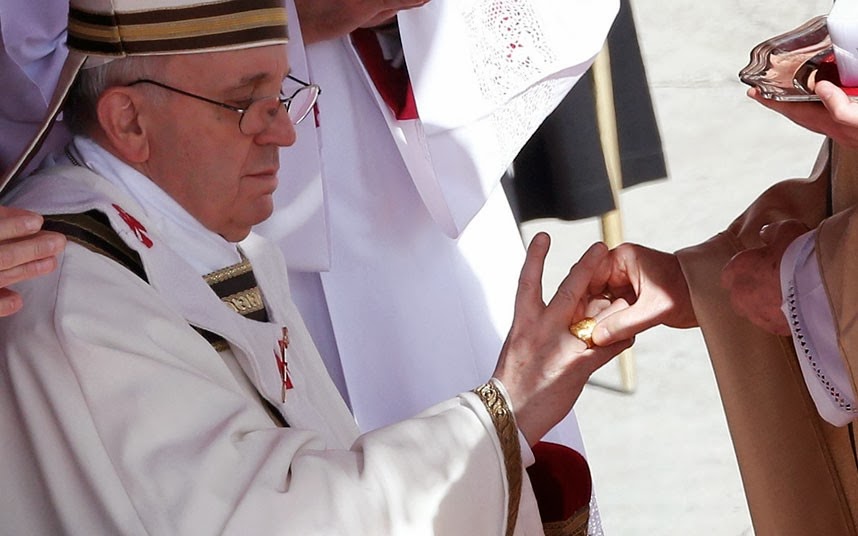 Jorge Bergoglio receives this ring cast in silver and plated with gold during his Papal Inauguration.

* the list of known Masons in the Church which included Enrico Manfrini has been published many times:

Posted by hereisjorgebergoglio at 5:20 PM