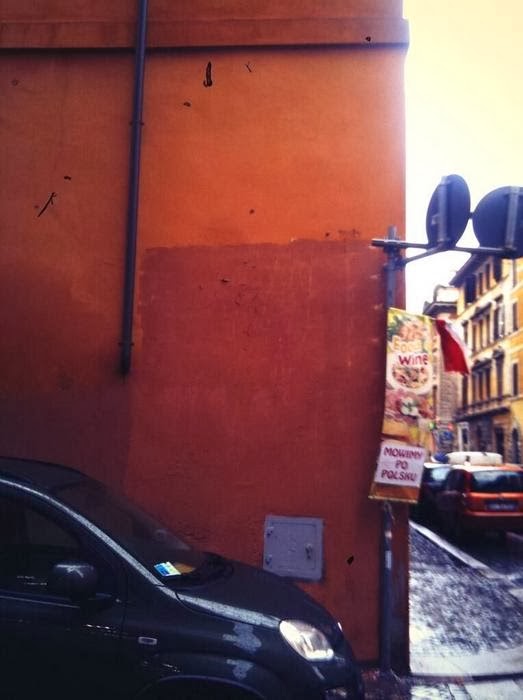 The spontaneous appearing SuperFrancis has disappeared.  As fast as the street artist, Mauro Pallotta, graffitied the side of a building in the Borgio Pio neighborhood, the Commune of Rome decided to paint over the eyesore.  Amazing the secular government of Rome shows more sense than the Francis led Novus Ordo Vatican!  The Vatican tweeted to over 85,000 followers: 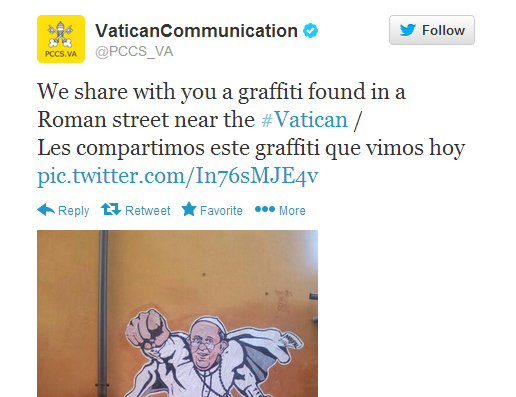 To graffiti the side of a building is against the law in Italy and considered an act of vandalism.  So why was the Vatican tweeting to the world graffiti of SuperFrancis?  Not only was the work against the law but it was also demeaning to the dignity (if there is any left) of the Office of the Papacy.  Just another day in the personality cult of Francis.
Posted by hereisjorgebergoglio at 8:08 AM