Jorge and His Love of Novelties

Jorge doesn’t appear to want any of the traditional symbols of the Papacy.   He in fact appears to reject many of them but come up with a novelty and Jorge is ready.  In the above pictures (15 March 2013) Jorge receives a yellow, ‘Catholic faith bracelet’ from Cardinal Wilfrid Fox Napier of South Africa and puts it on.  It looks like a Lance Armstrong ‘LiveStrong bracelet’ or a Kabbalah bracelet.  Everywhere Jorge embraces novelty and rejects tradition.  Cardinal Napier made an impression with Jorge and was paid back, less than a year later on 8 March 2014, when he was appointed to the newly-established Council for Economic Affairs at the Vatican.


For more on the bracelet (click here to read) The Moynihan Letters, The Yellow Bracelet for Lent 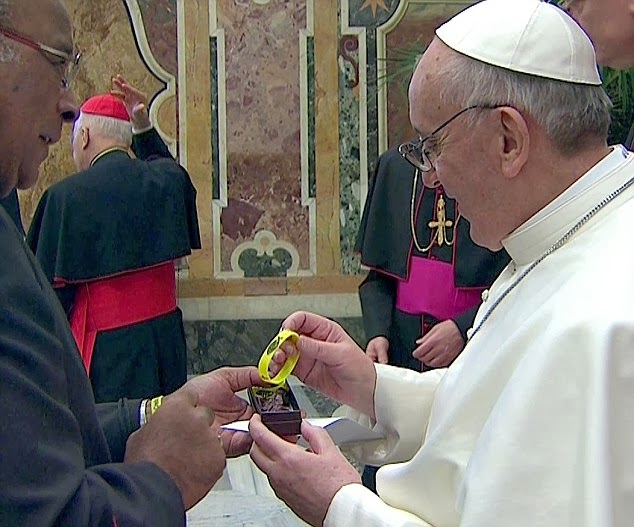 Posted by hereisjorgebergoglio at 4:19 PM