Does the reader remember the above photo? The media gushed over how it showed Francis was so tender and loving back when he was Jorge Bergoglio in Argentina.  Fast-forward to 21 March 2014 and we have some new photos of Francis, this time holding hands with another man.  Oh, how sweet!  Dear reader looking at the two photos below what comes into your mind?

Who was Francis holding hands with and why?  The person in question was none other than don Luiggi Ciotti and he is a presbyter who has an interesting past to say the least.  Some readers may be familiar with don Ciotti but for those who are not familiar, a little background.  Don Ciotti is an Italian 'street priest' who founded Gruppo Abele and l'Associazione Libera. He was co-founder of Lega italiana per la lotta contro l'AIDS (LILA) and Coordinamento nazionale delle comunità di accoglienza (CNCA). Don Ciotti was ordained in 1972 by Cardinal Michele Pellegrino, who focused his tenure on implementing the reforms of the 2nd Vatican Council.  What do these organizations don Ciotti help found do?

Gruppo Abele is a non-profit started to give a voice to those who are voiceless in Italian society.  This includes drug addicts, alcoholics, the mentally ill, the poor, people with AIDS, as well as to the illegal immigrants, victims of human trafficking, prostitutes, and slaves.  Gruppo Abele runs shelters, boarding houses and cooperatives throughout Italy. 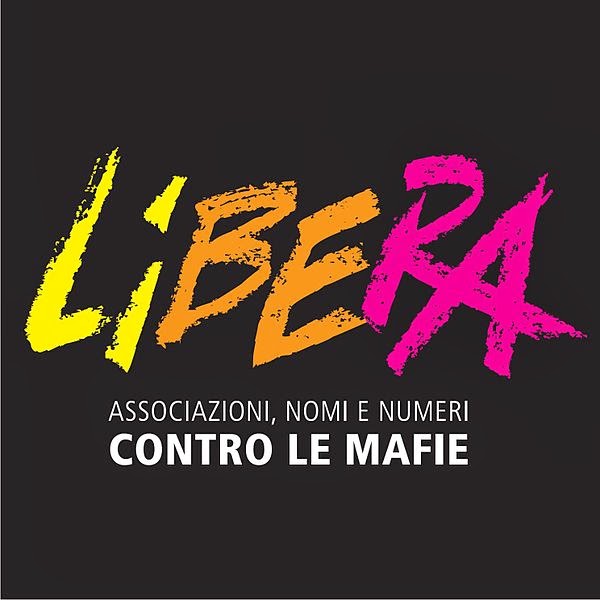 l'Associazione Libera (The Free Association) is a non-profit foundation which combats the mafia in Italy.  This foundation also fights against drug trafficking, extortion, smuggling, street gangs, promotes good citizenship, democracy, and has a Remembrance Day for victims of the mafia.  All very good but here is the twist, the government turns over seized mafia property to Libera which then runs cooperatives on the same property. 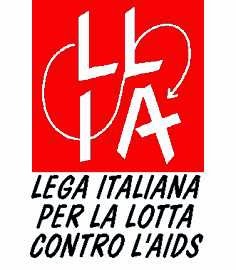 Lega italiana per la lotta contro l'AIDS (LILA) is another non-profit organization which was founded to campaign for the prevention of the spread of HIV and to assist people living with AIDS.  In addition they promote sex education and the use of condoms as well as the LGBT cause. 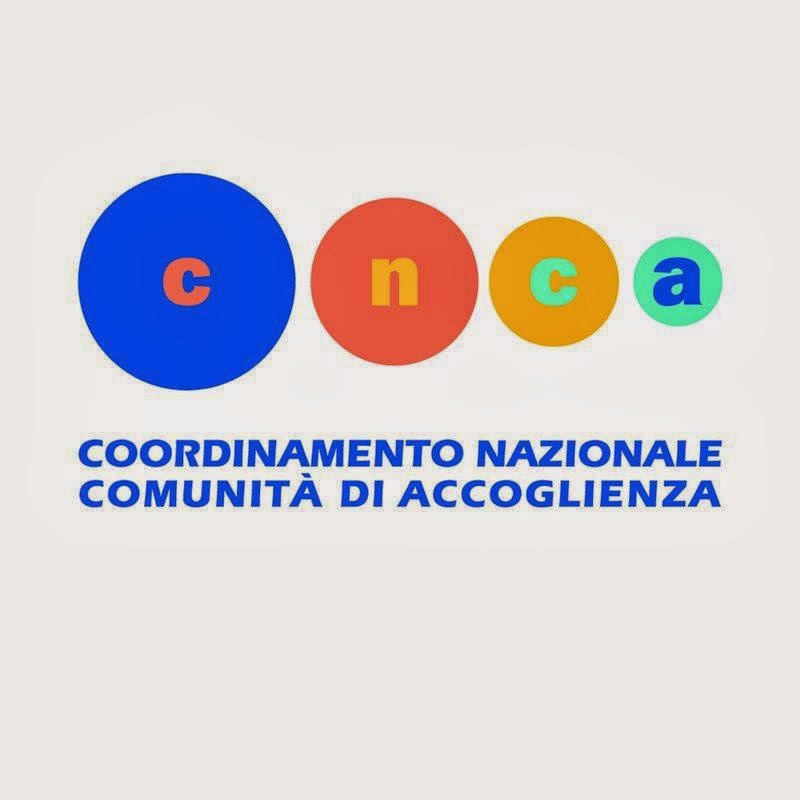 Coordinamento nazionale delle comunità di accoglienza (CNCA) is an association of social promotion.  Created to assist those who are marginalized or suffering hardship in life helping them with social welfare and their rights under Italian law.  It is committed to the youth, drug addicts, the homeless, the disabled, and those excluded because of poverty from Italian society.  It is a secular organization which doesn't discriminate based on religion, sexual orientation, or lifestyle.

Don Ciotti was good friends with another priest named Don Andrea Gallo.  In fact he was considered such a friend he was one of the presbyters who presided over Gallo's funeral service and personally delivered the homily.  Who is Don Gallo?  He was an avid football fan, a communist, a pacifist, supporter of sodomy, supporter of illegal drugs, an anarchist, a proponent of building a mosque in Genoa, and he was against the United States of America's military presence in Italy.  Gallo studied in Italy & Brazil and was ordained in 1 July 1959.  Don Gallo said, "My gospels are not four... We have been following for years and years the gospel according to De André [an anarchist singer], a path that is in obstinate and contrary direction. And we can confirm it, note it: from diamonds nothing was born, from dung flowers bloom."  He smoked marijuana in Genoa's town hall in 2006 to protest the laws against drugs in Italy.  Infamously, he marched in the 2009 Genoa Pride parade and in 2011 was honored 'Gay Character of the Year' by Gay.it.  In 2013 Don Gallo said, "A homosexual pope would be a magnificent thing. The essence of the Gospel is that we are all God's sons and daughters and we are all equal as God's children."  He further added, "A homosexual priest should be free to express his or her identity and his/her sexuality, otherwise it represses and becomes pedophilia."  Don Gallo's dream was for the church to call a 3rd Vatican Council with three main themes:  "the poverty of the church, the abolition of mandatory celibacy, and the ordination of women."

We believe the above photos give one an idea of who Don Gallo is and his relationship with don Ciotti.  A whole series of blog posts could have been written about the man and his anti-catholic behavior.  If one so desires they can google his name and see the moral depravity Don Gallo expounds.   Below is Don Gallo singing "Bella Ciao" the anthem of revolutionaries and communists in Italy and waving a red flag during a service of the Novus Ordo Missae.


This brings us to the funeral of Don Gallo.  Some readers might have read about this funeral as Vladimir "Vladi" Luxuria, a man who dresses as a woman, and an assortment of moral degenerates and sexually confused characters received communion from Cardinal Angelo Bagnasco. ("Cardinal" Bagnasco Gives "Communion" to Communist Transgender Homo Rights Activist during Funeral for Gay-Rights Priest)  Following is a photo of the coffin leaving the church and the homily don Ciotti gave at the funeral.  In the video check out the number of presbyters in attendance.


Soon after the 1st anniversary of Don Gallo's death, don Ciotto went to Chiesa di San Benedetto to celebrate the 43rd anniversary of Don Gallo founding the community.  It was on the Vatican II church's feast day of the Immaculate Conception.  What better way to honor the Blessed Virgin Mary than sing, you guessed it, the anthem of communists & revolutionaries in Italy, "Bella Ciao".


Two more examples of don Ciotti's behavior should suffice.  In 2000 he sent a letter of solidarity to the organizers of Genoa's Pride Parade and in 2013 had the following to say about sodomites in the Novus Ordo church, "A bishop, in my opinion, may very well be gay [a sodomite], the important thing is to live life in a manner that is transparent and clean. In this, there is no difference between gay and straight."

All this dear reader brings us back to the day Francis and don Ciotti held hands and walked into Chiesa di San Gregorio VII Papa al Gelsomino.  Francis was there to give a talk on the evils of being a member of the mafia for don Ciotti's l'Associazione Libera (The Free Association) and their Remembrance Day for victims of the mafia.  See highlight clip below or click here to watch Remembrance Day in its entirety.

"We pray for you to change. We are asking you, on our knees. It's for your own good. This life you live now will not give you pleasure, it will not give you joy, it will not give you happiness. The power, the money you have now, from dirty deeds, from many mafia crimes,
this blood money, you can't take it with you to the next life.
Change. You still have time to not end up in hell. That is
what awaits you, if you continue down this path.”
- Francis -

Wait a minute, Francis all of a sudden mentions hell and tells the mafia they are going there?  What?  He is judging the mafia!  Why dear reader would a member of the mafia want to repent and become part of the Novus Ordo church?  So they can support sodomy and communism?  You cannot make this stuff up, it is so bizarre.  Remember when Francis was interviewed on the airplane returning from World Youth Day Brazil 2013 and said, "If a person is gay and seeks the Lord and has good will, who am I to judge that person?"  Or how about the interview with La Stampa in which he said, "Marxist ideology is wrong. But I have met many Marxists in my life who are good people..."  Or recently during his homily at Domus Sanctæ Marthæ, "Always remember: ‘Who am I to judge?' Have shame and enlarge your heart. May the Lord give us this grace."  In other words, 'don't judge others based on their sins but acknowledge your own and ask god for forgiveness.'  Is this treatment of the mafia a double standard?  We think it is hypocrisy at its finest!

One of the themes of Francis' reign is the Novus Ordo church needs to be a "poor church".  He leads one to believe this is a church which is not materialistic but is he really being truthful?  Does he mean the Novus Ordo church should be poor in spirit, morals and doctrine?  Francis' behavior certainly leads us to conclude so.   Another theme of Franics' Novus Ordo church is the need to seek out those on the fringes of society, those which don Ciotti's organizations also seek out, and there you will find the 'true church'.  Have you ever seen or heard of such behavior from a 'Vicar of Christ'?

Don Ciotti summed up Francis, "We thought we were finding a father, instead we found a brother: Brother Francis."  Well said don Ciotti, we are in total agreement for once!

Now dear reader, how do you view Francis holding hands with don Ciotti?

Pray for Luigi Ciotti & Jorge Mario Bergoglio and all they lead astray by their actions, that they may find the Faith!

Posted by hereisjorgebergoglio at 1:23 PM