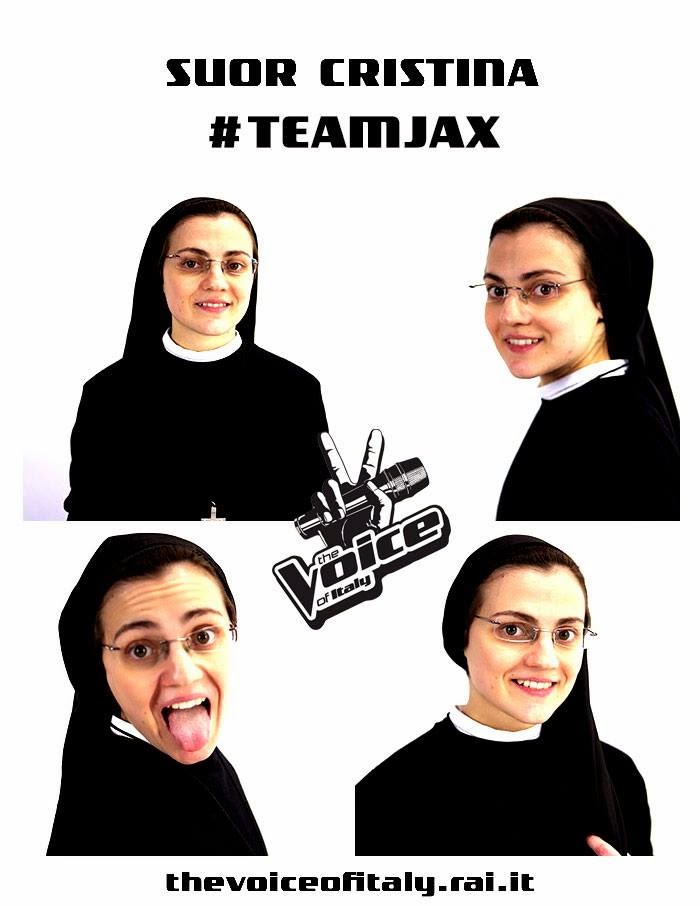 When Suor Cristina made her first appearance on The Voice of Italy, she squealed in a very high pitch while giving the hand sign of the devil's horns.  Promotional material from The Voice of Italy with Suor Cristina has recently come out with her paying homage to the Indian goddess of Kali.  Kali is the goddess of empowerment and time & change.  She is also, the mother goddess and the consort of Shiva.  Sticking one's tongue out became popular due to the logo of the Rolling Stones.  The logo is known as the “Tongue and Lip Design” and was created by graphic designer John Pasche.  It is,


"an ovation to the Hindu goddess Kali, the goddess of everlasting energy, and glorifies the strength of free expression in rock ‘n’ roll music. The Rolling Stones logo stands out from the rest of the rock band logos due to its mirth, uniqueness, and the way it brings out the emotions while listening to the music."

One can only speculate on why Suor Cristina posed for a promo photo giving the sign of Kali.  Could it be she has seen, the soon to be saint, John Paul II receiving the mark of Shiva and thought it would be OK?  Or was she being cute imitating other rock 'n roll stars such as Beyonce and Miley Cyrus?

Any way you spin it, is this the behavior of a religious?

"Remember the devil never sleeps but seeks our
ruin in a thousand different ways."
(foundress of the Ursuline Nuns)
- Saint Angela Merici - 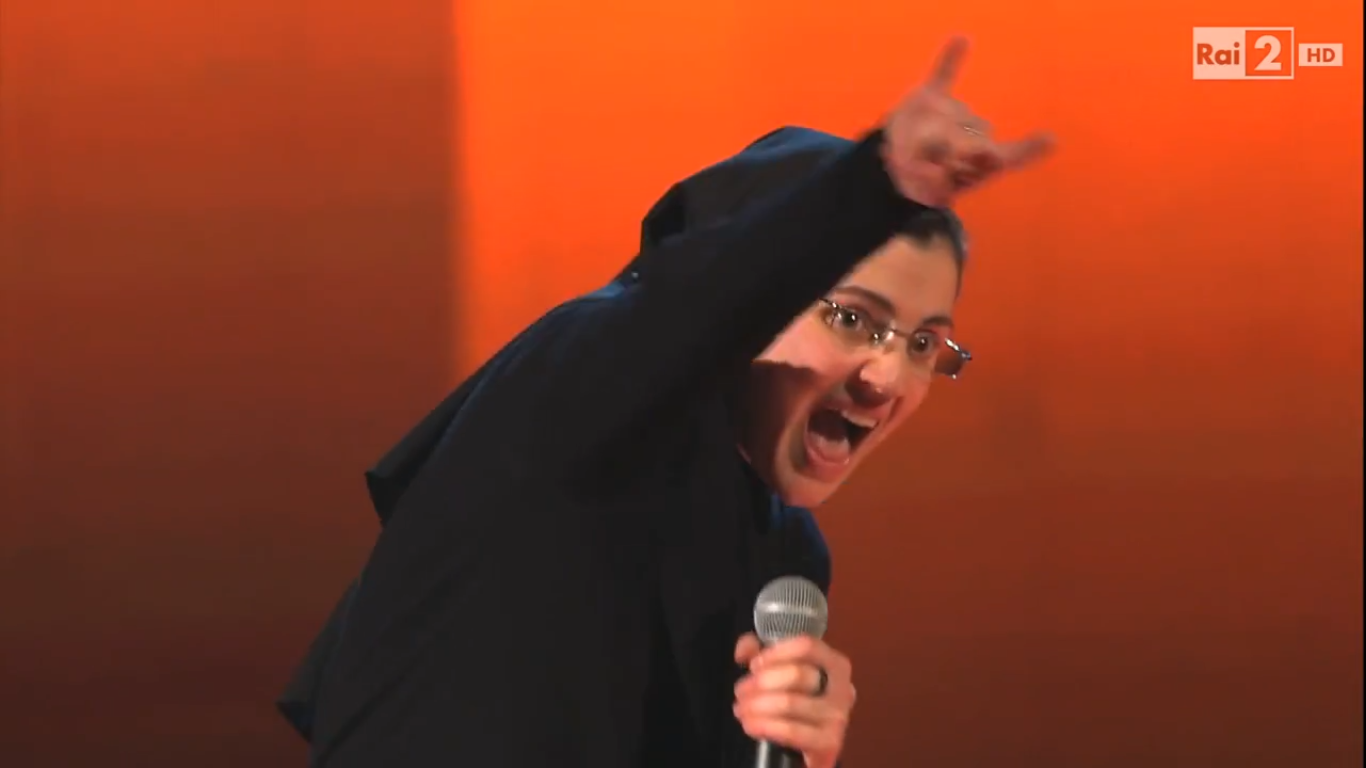