Jorge is a Joker 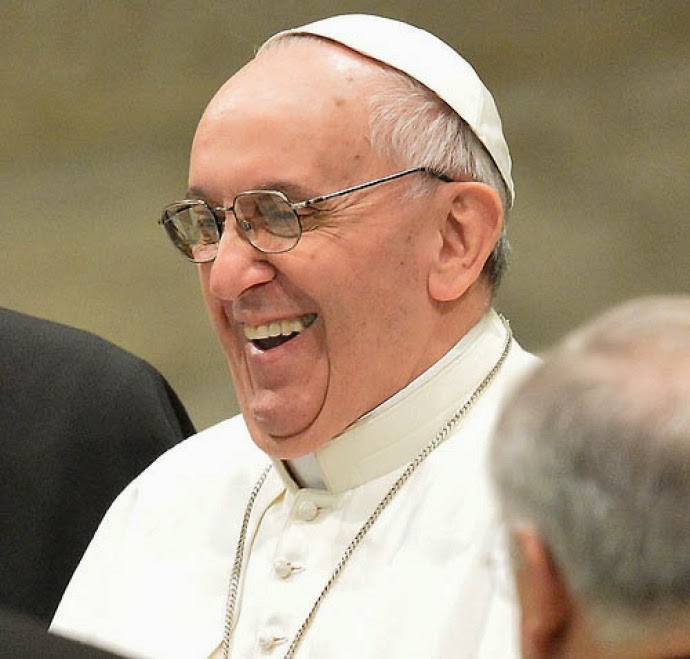 In a letter from 25 March 2013 to the Argentine Episcopal Conference, Jorge started it with these sentences joking about becoming Pontiff:


I send these greeting lines, also to excuse myself for not being able to be present, due to "commitments undertaken recently" (does this sound good?) [sic] I am spiritually close to you, and I beg the Lord that he may join you strongly on these days.

Could you see Our Lord quipping like this to the Blessed Mary, ever Virgin when asked to start his ministry by her at the Feast of Cana? Or replying to the Roman soldiers whom were flagellating Him at the pillar with a cute comment? Does this man, Jorge, take the office seriously?


He said that the first time the Pope had called from Rome he had picked up the telephone to hear a voice telling jokily: "Hello it's Bergoglio.” "They trapped me here in Rome and they won't let me come home."

Who is the THEY Jorge is referring to? Once again, Jorge remarks lead one to conclude the Holy Ghost had nothing to do with electing him in the conclave and neither did God just THEY.

Posted by hereisjorgebergoglio at 8:36 PM