Suor Cristina is a monkey!

Suor Cristina loves the limelight as much as her hero, Francis does.  This time she with the rest of the cast of The Voice of Italy took to posing with bananas in order to show they are against, get this, racism.  See, on 'Divine Mercy' Sunday there was a big La Liga football (soccer) match between the Villareal and Barcelona clubs.  During the game one of the players who is a Brazilian, Dani Alves, had a banana thrown at him.  What did he do?  He picked it up and ate it.  Social media went crazy as celebrity after celebrity posed with a banana, in order to show they were against racism.  Not to worry the banana thrower was soon identified and banned for life from the stadium.  Enter Suor Cristina who posed with a banana which had written on it,

translated into English this reads,

We are confused, we thought she was against racism.  What she is saying is that Dani Alves is a monkey, she is a monkey, Francis is a monkey, all humans are monkeys!  So in addition to singing lewd songs, gyrating her body to music,  giving the sign of the devil's horns, making the sign of Indian goddess Kali, we now have her denying God's creation of the human race!   For if one believes we are monkeys, then it is logical the same person believes in Darwinian evolution.  We wonder if we will be so lucky to see Suor Cristina evolve into another species while singing on The Voice? 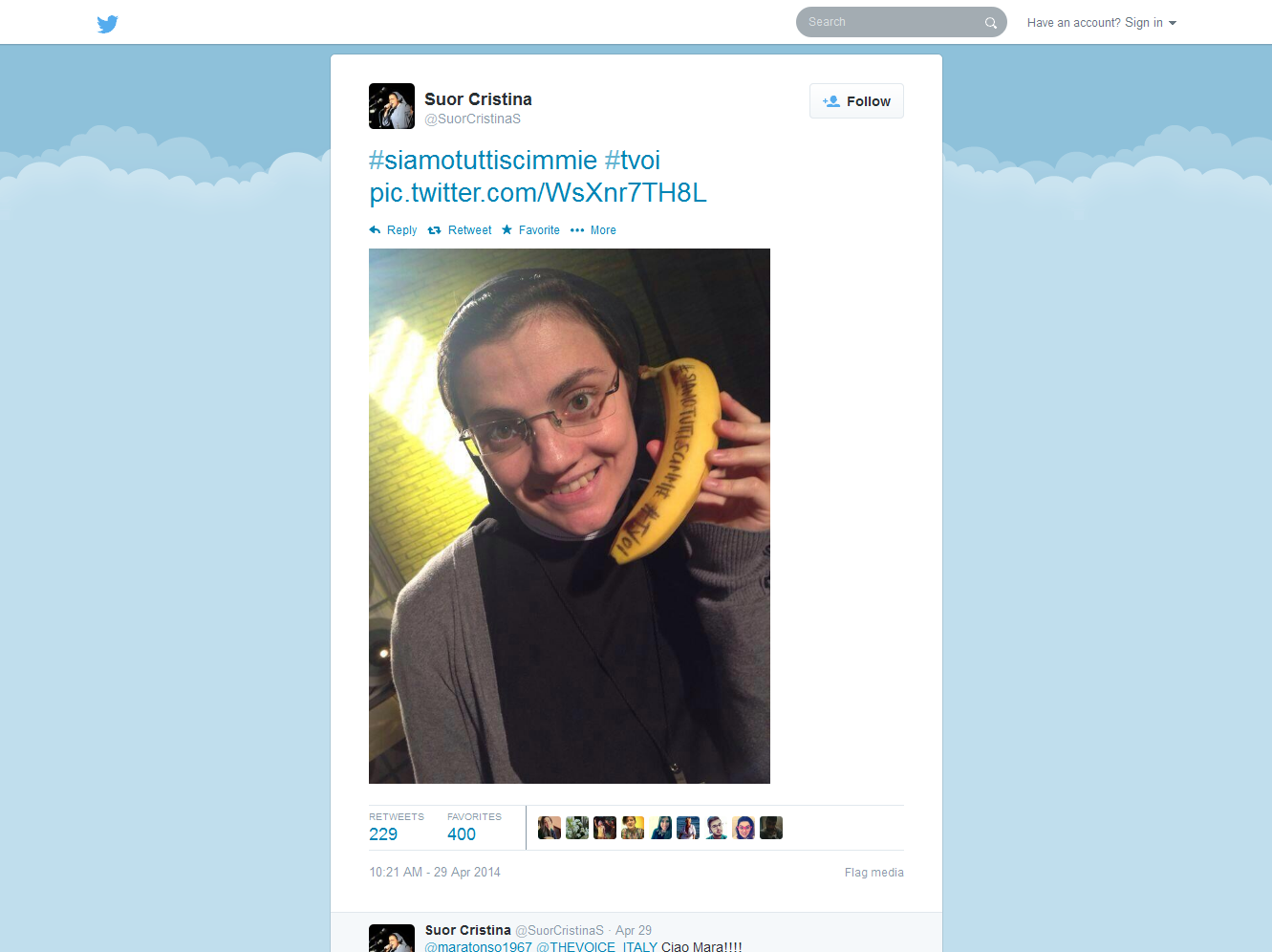 Posted by hereisjorgebergoglio at 1:50 AM