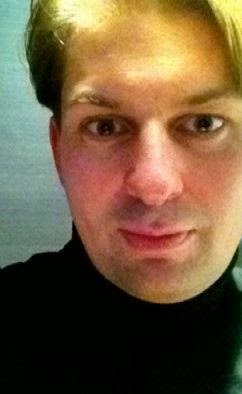 Since Bp. Fellay and the FSSPX are in the news recently for a visit to the Vatican, sometime in the last six months which may or may not have happened, we thought it appropriate to bring up a behind-the-scenes representative of the money powers who seems to have fallen through the cracks.  Where has Max gone?   The blogosphere and forums have gone quiet with nary a word from Max or his self-named 'stalkers'.  Is he OK?  Is he still a Zionist?  Does he still work for the FSSPX?  We are worried.  For those readers who are not familiar with Herr Dr. Krah a little refresher and some pictures below.  For those readers that are familiar please bear with us.  Maximilian Krah is a lawyer extraordinaire and serves on several Fraternitas Sacerdotalis Sancti Pii X (FSSPX) corporations as well as being a trustee for the Jaidhof Foundation.  A big tip of the hat to Heime H. for sending us the pictures!

We cannot understand why Maximilian doesn't like Francis.  They seem to have so many things in common.  Both,

Oh, it's that thing about vestments that keeps the two apart.  Maybe Krah read on the BBC website,


Minutes after the election result was declared in the Sistine Chapel, a Vatican official called the Master of Ceremonies offered to the new Pope the traditional papal red cape trimmed with ermine that his predecessor Pope Benedict XVI gladly wore on ceremonial occasions.

"No thank you, Monsignore," Pope Francis is reported to have replied. "You put it on instead. Carnival time is over!"

It was just one small sign out of many this week that as Massimo Franco, one of Italy's shrewdest political editorial writers, commented in the Corriere Della Sera, "the era of the Pope-King and of the Vatican court is over".

and took the statement to heart?  Guess he didn't he read Andrea Tornielli's article, Bergoglio, Ratzinger and urban myths to find out that this obstacle really isn't one.  It is sad that a small misunderstanding about vestments is keeping these two peas in a pod apart.

The FSSPX's de facto position is they are the only alternative to Francis as the Vatican has strayed from the Faith.  As Krah sees himself as loyal to the Church's doctrine and liturgy and is a mover & shaker in FSSPX circles, we at Call Me Jorge... will be keeping our eyes on him!
Posted by hereisjorgebergoglio at 8:41 PM