Another Francis interview by atheist Scalfari

We here at Call Me Jorge... know this is late but it is difficult keeping up with Francis.  We can't believe people keep falling for the same tricks over and over.  Recently, on 10 July 2014, Francis granted another interview to Eugenio Scalfari.  The Vatican and its Novus Ordo apologists have gone into full spin mode.  One hears such things as,

"Scalfari doesn't keep notes and he is an old man losing his mind, etc..."


How can anyone take these excuses seriously?  Did Francis not invite this atheist back for a third interview?  His first rate pro-sodomy public relations machine logically told Francis how the interviews were being received.  So why does Francis keep repeating the same behavior if his words are being misconstrued?   When one plays the card game poker, one needs to always know who the fool is.  If one doesn't know who the fool is then more often than not they are the fool.  Francis loves playing his followers for fools. It is all part of his humble act. 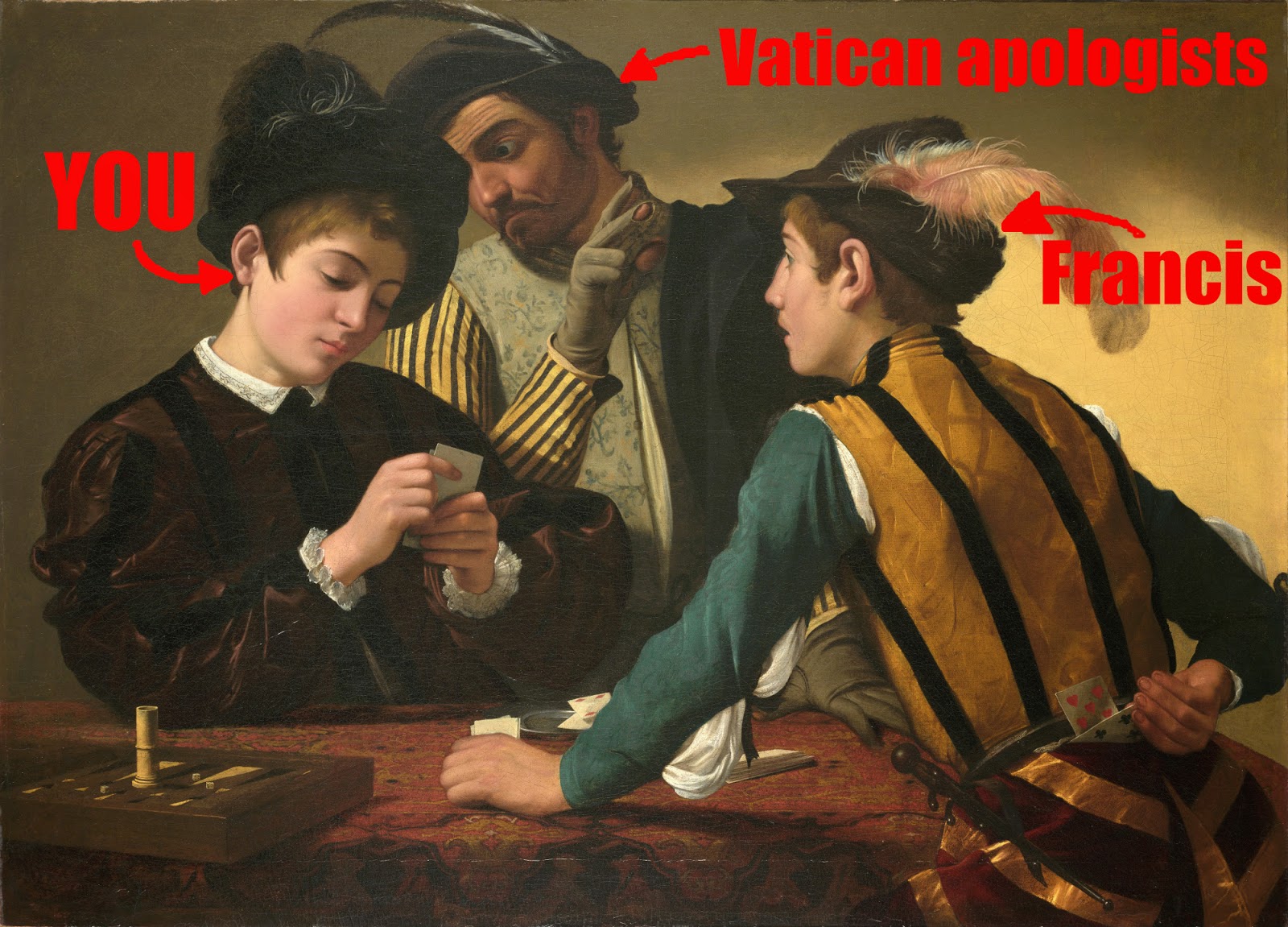 "[I] strongly reiterate that the single Pope Francis’ sentences reported, in the way they are worded, cannot be attributed with certainty to Pope Francis."


Notice Fr. Lombardi is playing a lawyers' game.  He says nothing of dismissing the ideas contained in the interview just the way his answers are worded are not direct quotes.


The Vatican & Francis are playing people!

The former president of the United States of America, George W. Bush has some advice on tricks like these.