Francis does it again! 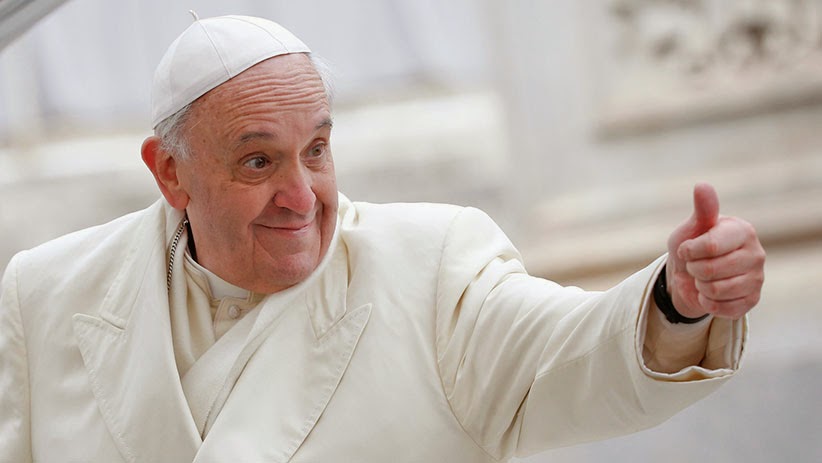 Who does Francis think he is, Sun Myung Moon?  This past Sunday, Francis married twenty couples in one giant wedding ceremony at St. Peter's Basilica.  What made it different was the touch Francis put on it.  See dear reader, Francis had his people at the Vatican seek out those on the fringes of society.  You know those living publicly in open sin!  Next, he didn't even enforce the dress code which a tourist must follow when visiting St. Peter's!  There were many sleeveless wedding gowns and more than a few which were low cut to show off their owner's cleavage.  Have no fear though, Michael Voris of the Vortex will either ignore this or tell his listeners, it was all part of a conspiracy cooked up by the evil bishops.  We fear this was a trial balloon to test the reaction of Catholics in order to gauge how far they should push the line at of the upcoming Synod on the Family.  Time we tell if we are correct in our assessment.  Francis must be happy because he got this revolutionary change in his church in the headlines of the news:

Check out the cohabitating 'virgins' wearing white!
Posted by hereisjorgebergoglio at 12:21 PM