What's with all the Francis tattoos?

Francis has managed to transform the Papacy into another tired old brand. Whether it's Hello Kitty, Mickey Mouse, Pixar, Nike, the Kardashians, or Francis, all it amounts to, these days, is a fashion accessory. Misha Collins, star of the television show Supernatural, has capitalized on the Francis fad by including him in a game he co-founded and he runs. The Greatest International Scavenger Hunt the World Has Ever Seen (GISHWHES) has over 14,000 participants each year. One of the challenges in this year's GISHWHES is to “Have an image of Pope Francis permanently tattooed on yourself.” Unbelievably, to us at Call Me Jorge..., are the number of people who have spent their hard earned money to have Francis' likeness tattooed on themselves. 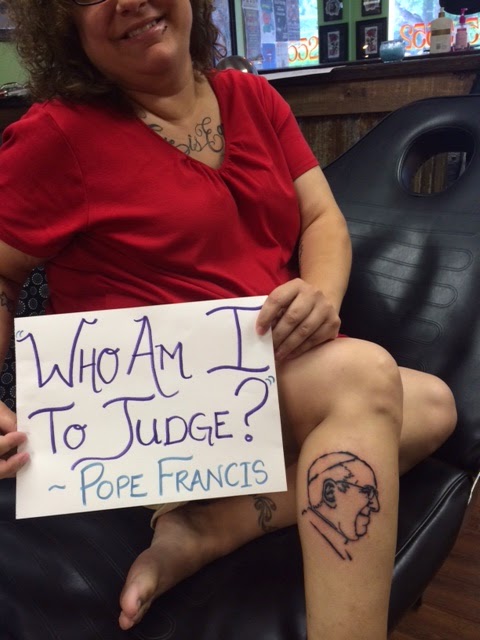 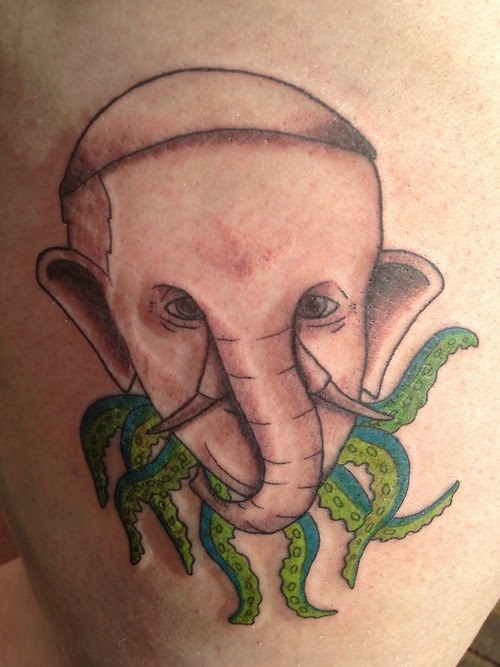 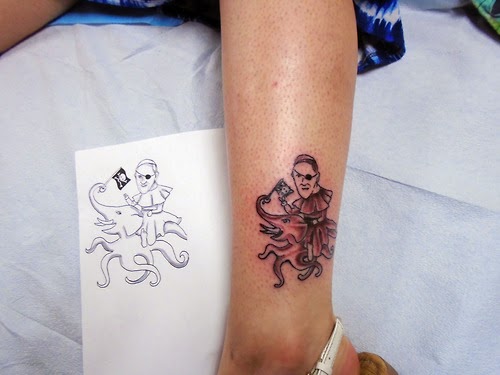 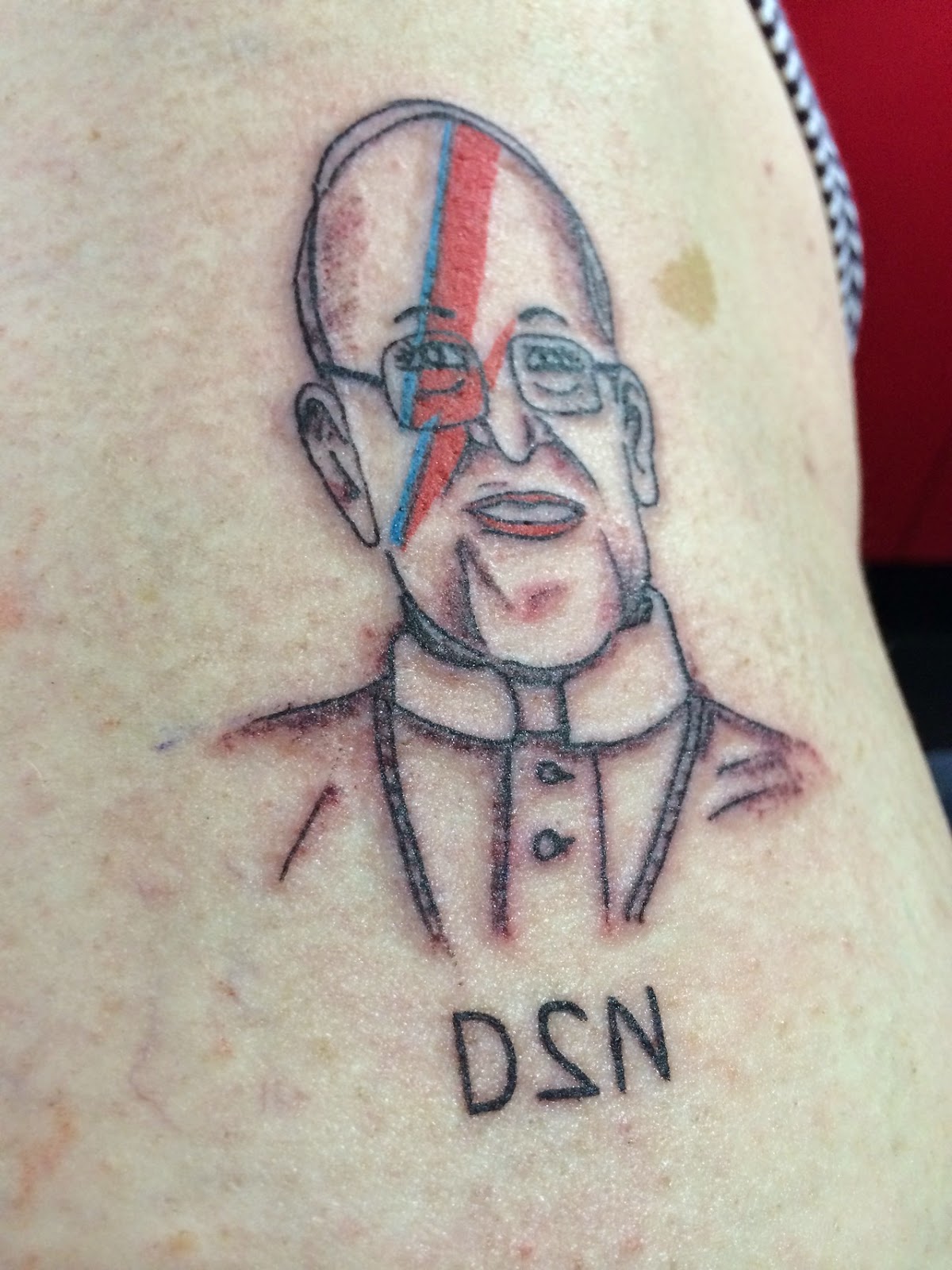 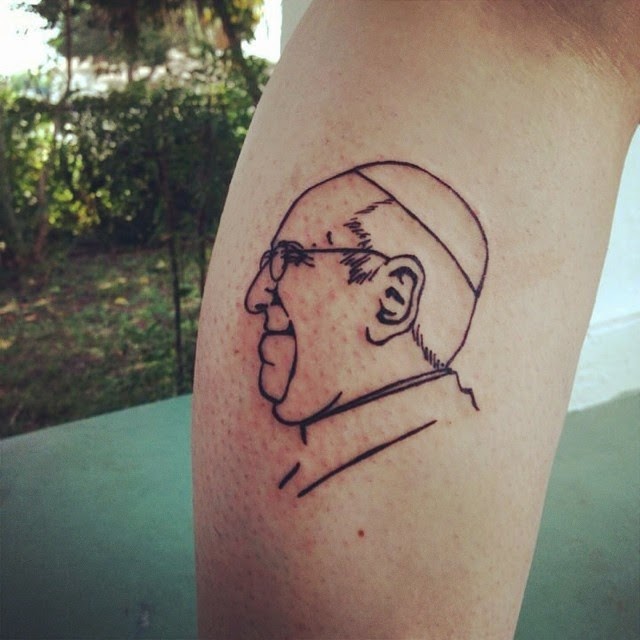 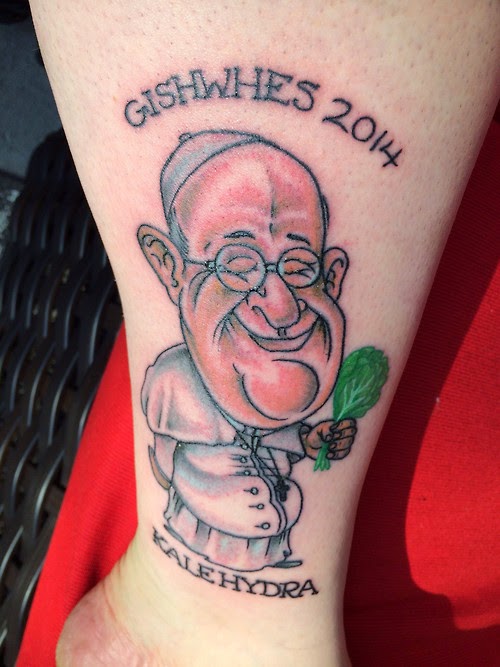 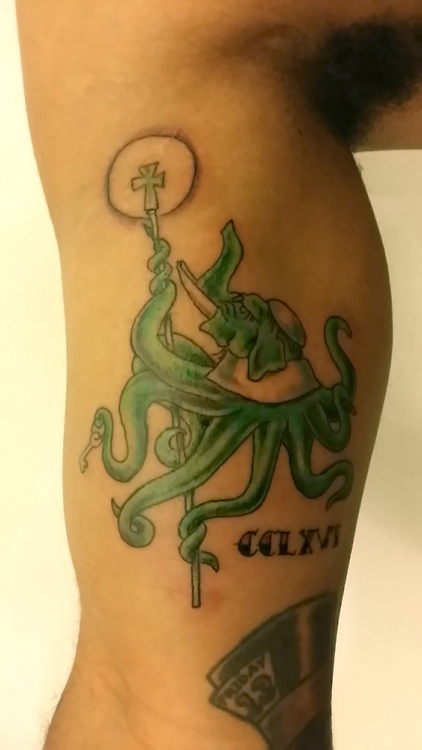 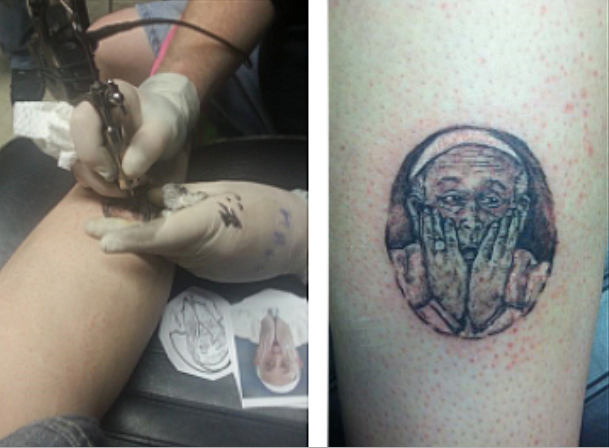 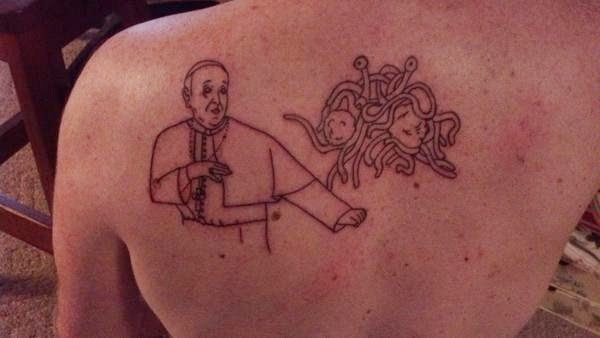 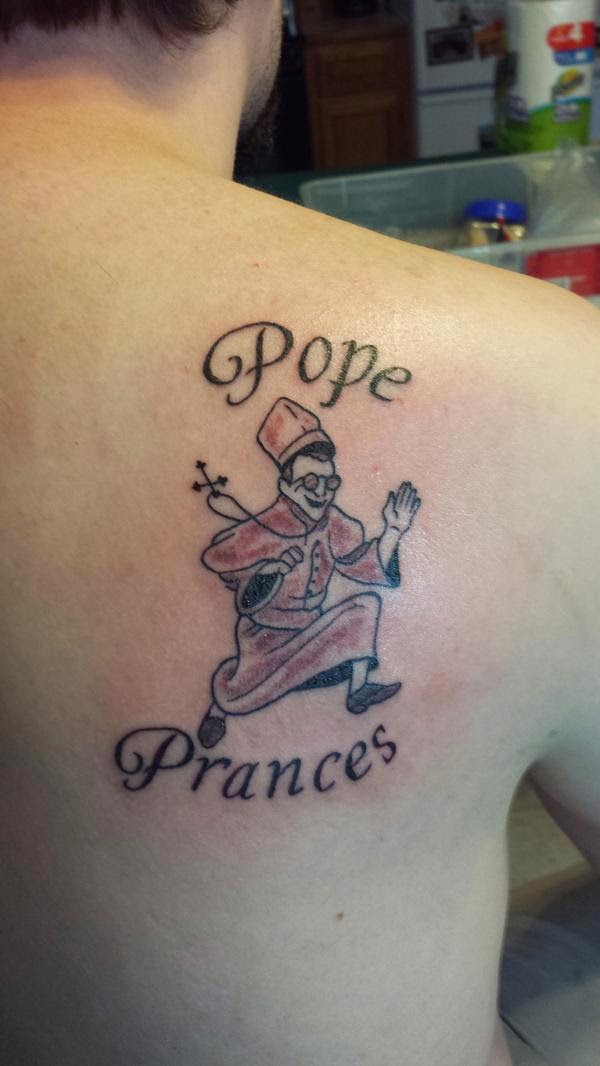 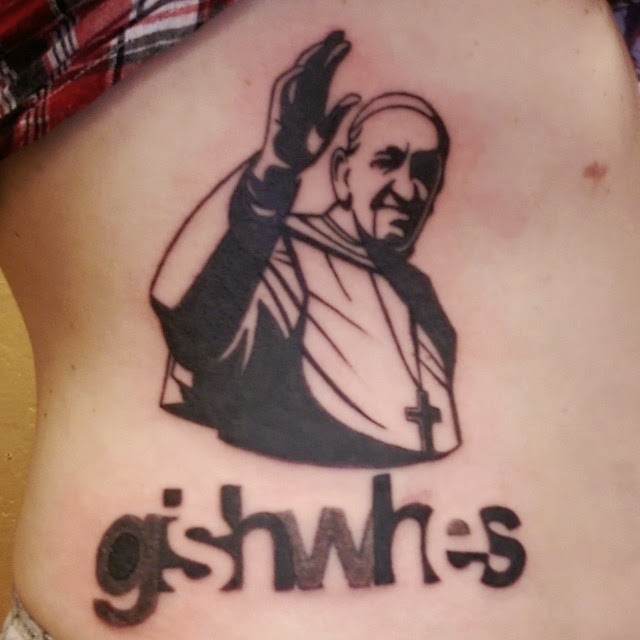 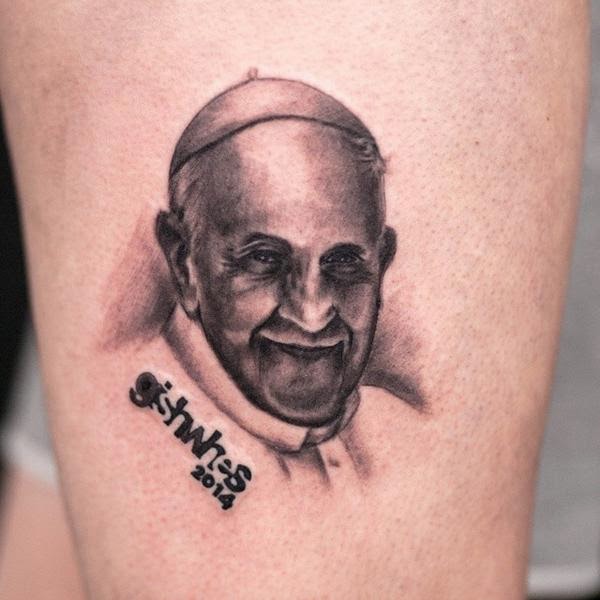 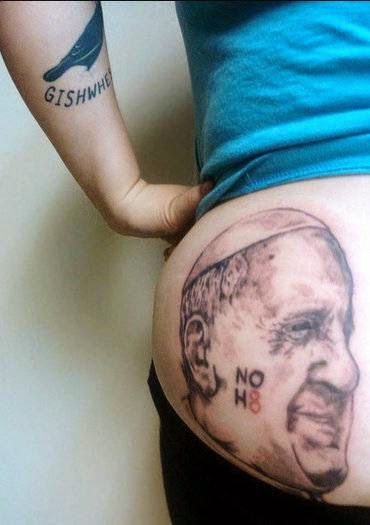 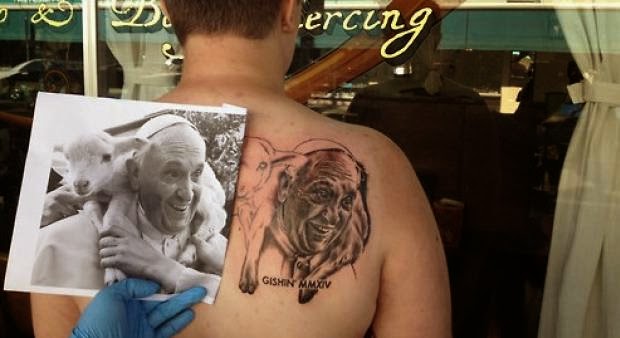 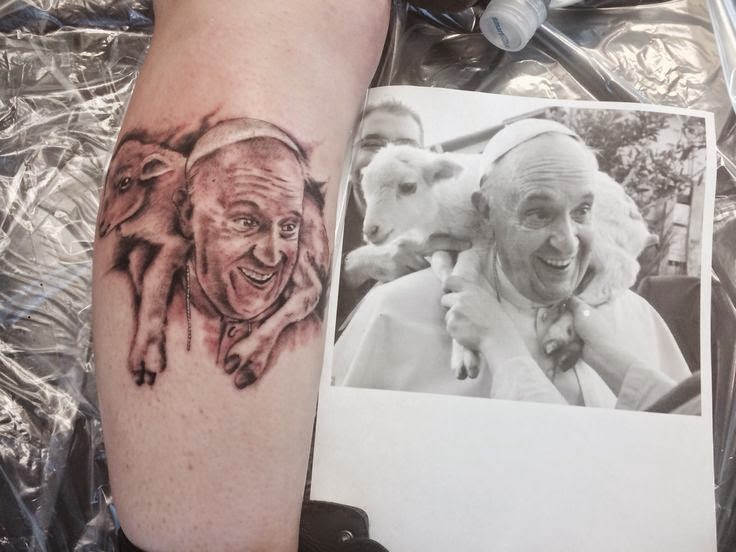 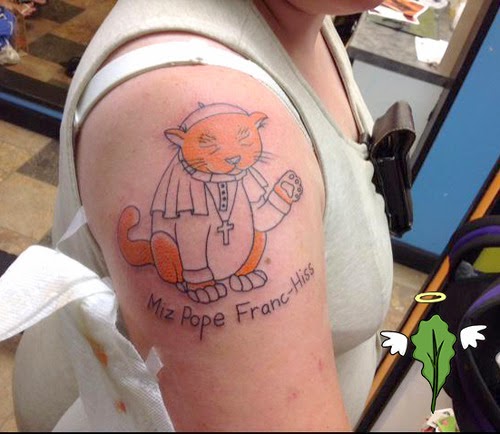 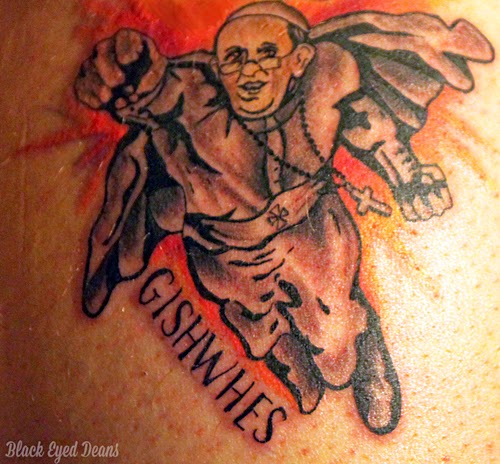 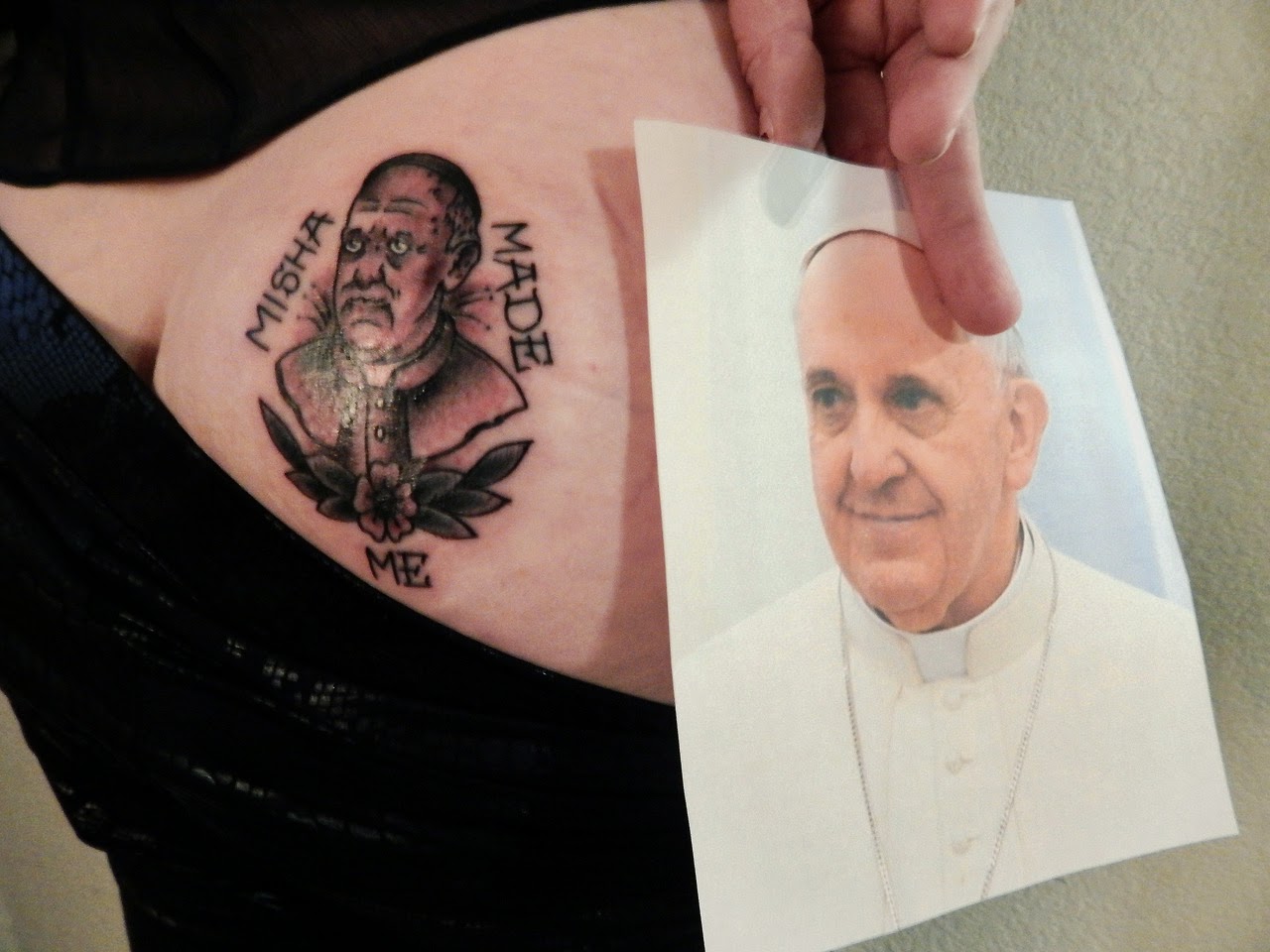 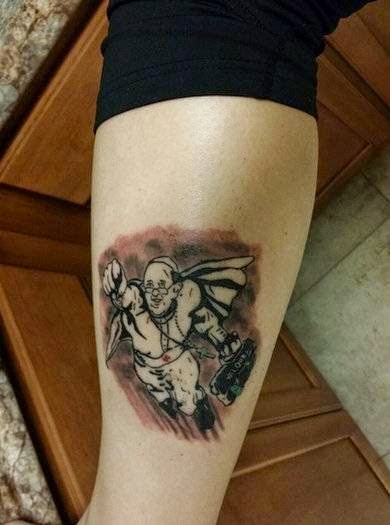 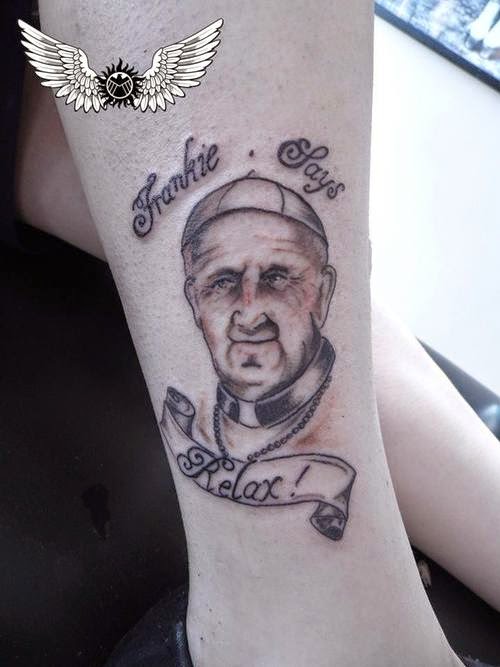 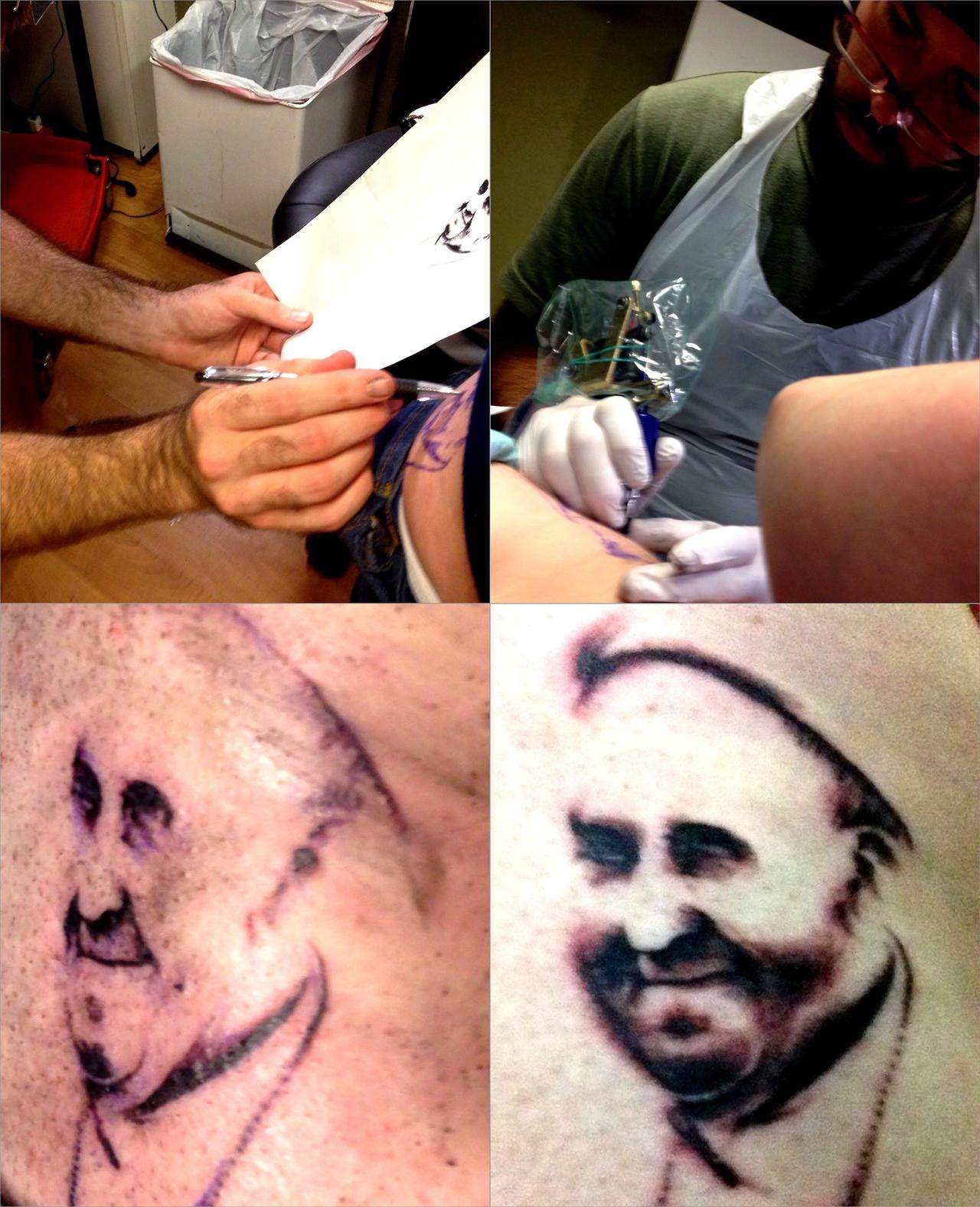 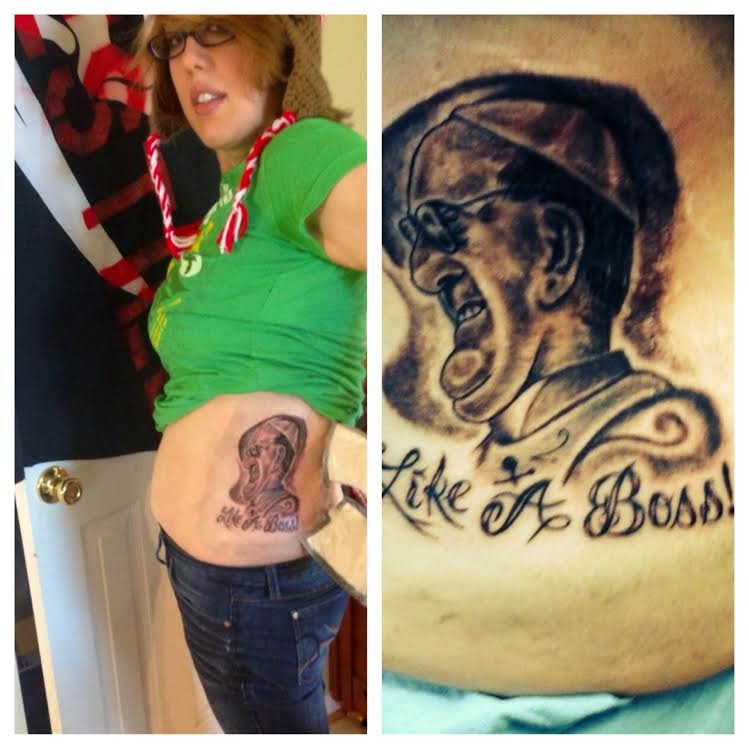 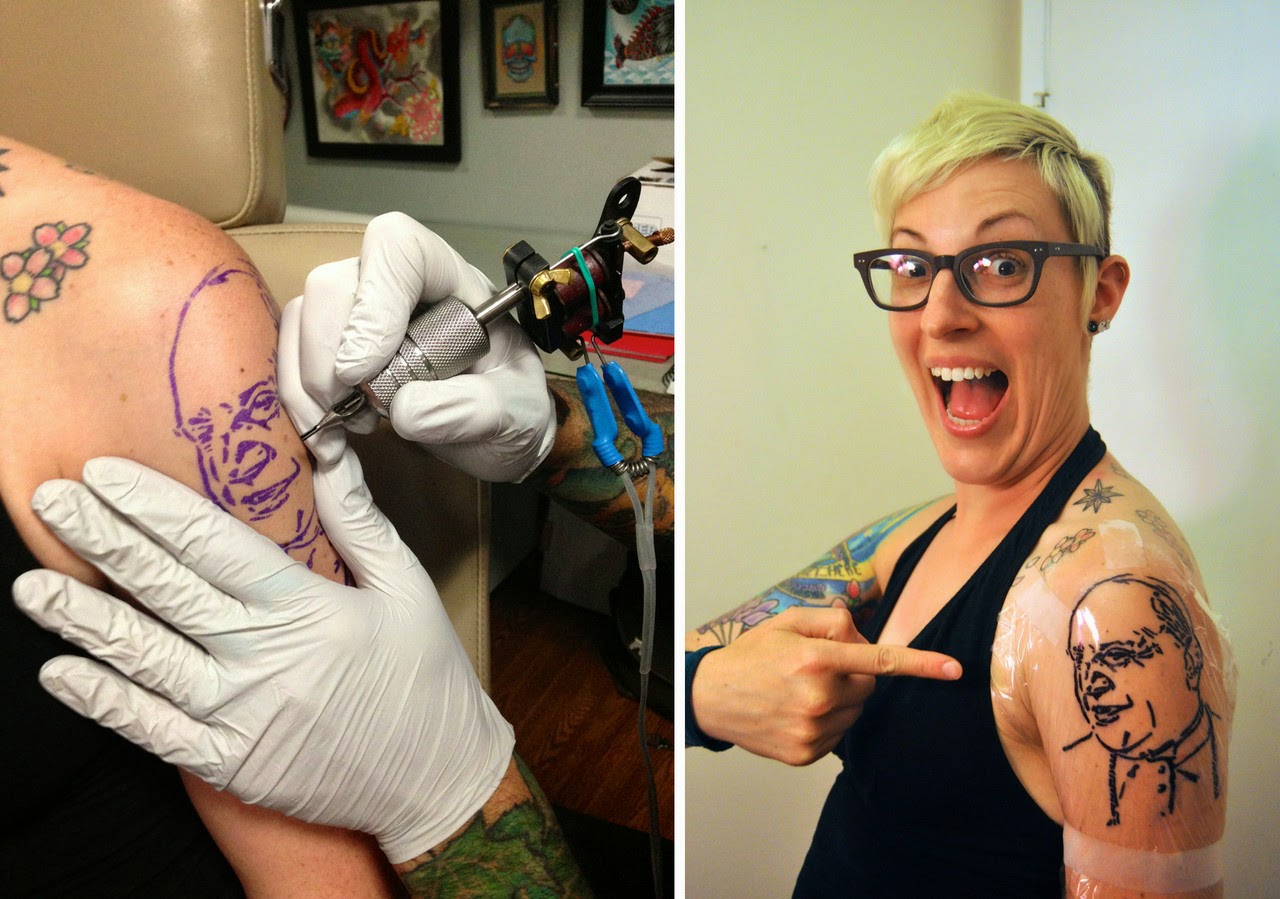 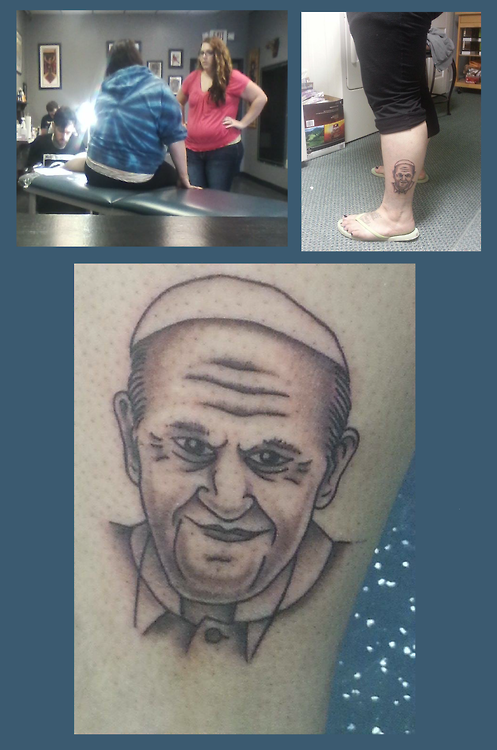 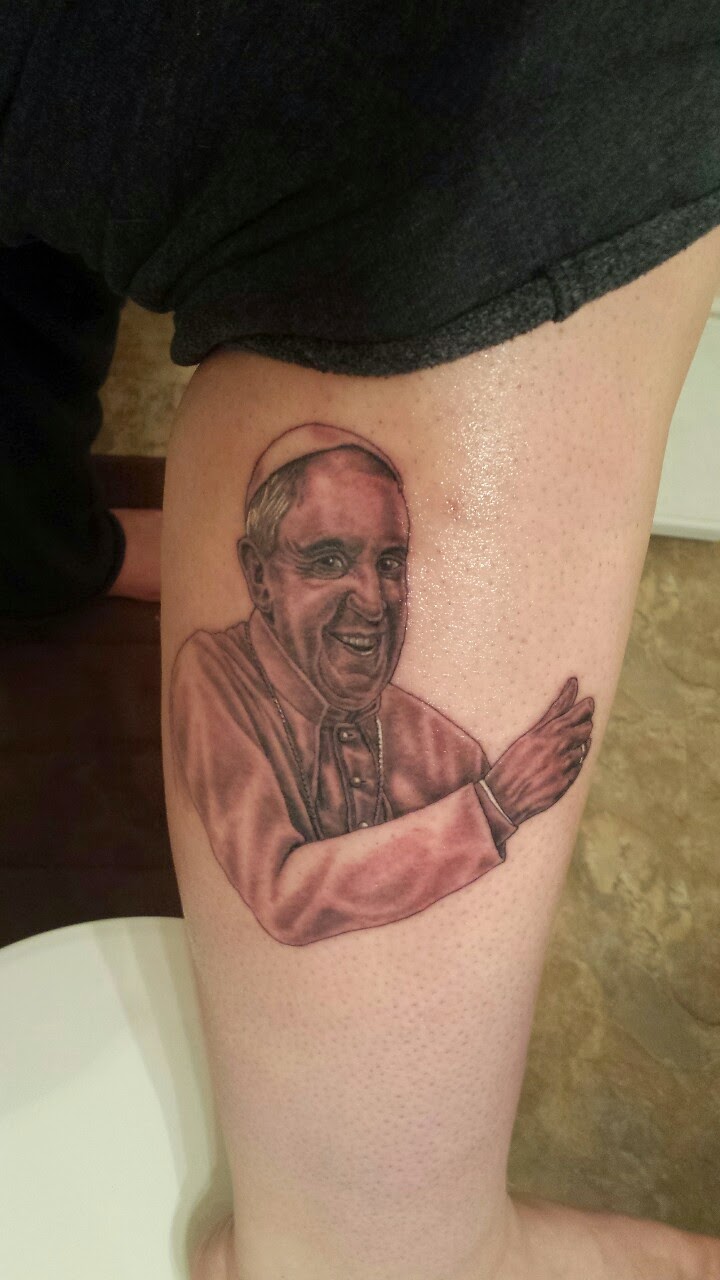 In a world without the sacred, there is only the profane.
Posted by hereisjorgebergoglio at 1:55 AM