Birds of feather flock together

The "queen of England" has spoken! 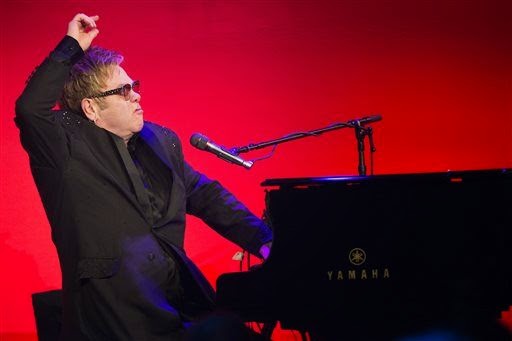 At the An Enduring Vision: A Benefit for the Elton John AIDS Foundation, Tuesday night 28 October 2014, the sodomite singer Reginald Kenneth Dwight aka Elton Hercules John said the following about Francis:


"Ten years ago one of the biggest obstacles in the fight against AIDS was the Catholic Church. Today we have a
pope that speaks out about it."

"He is a compassionate, loving man who wants everybody to be included in the love of God."

"It is formidable what he is trying to do against many, many people in the church that opposes. He is courageous and he is fearless,
and that's what we need in the world today."

"'Who am I to judge?' What are we waiting for? Make him a saint now. He did more with those five words than the last five popes!"

Posted by hereisjorgebergoglio at 5:19 AM