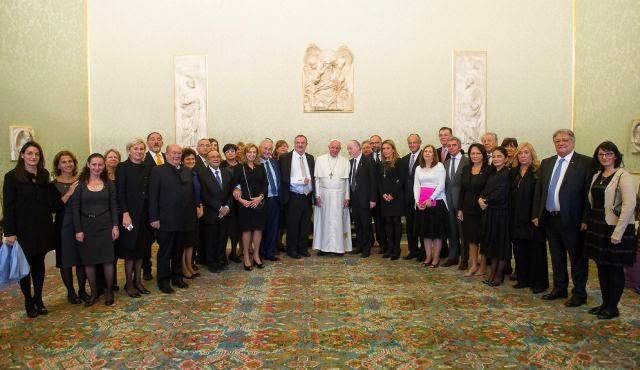 "As a microcosm of Israeli society, Bar-Ilan's doors are open to students of all races and religions. Through a variety of ongoing dialogue programs aimed at fostering understanding and acceptance, Bar-Ilan University has been working to bridge gaps between various sectors of Israeli society for many years. It is, therefore, a deep privilege to be meeting with and honoring the Pope, who has taken it upon himself to undertake this tremendous task on a worldwide scale."
Bar-Ilan University President Rabbi Prof. Daniel Hershkowitz 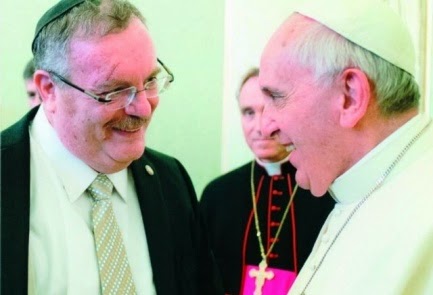 On Monday 27 October 2014 at the Vatican, Francis received the highest honor given out by Bar-Ilan University, it's Award of Distinction.  This kicked off the festivities for the university which is celebrating its 60th anniversary.  Bar-Ilan University President Rabbi Prof. Daniel Hershkowitz said The Award of Distinction was given to Francis for his, “contribution to understanding and tolerance between Christians and Jews and the warmth he has extended toward the Jewish nation, particularly during his official visit to Israel.”

Past recipients of the award are the following people: 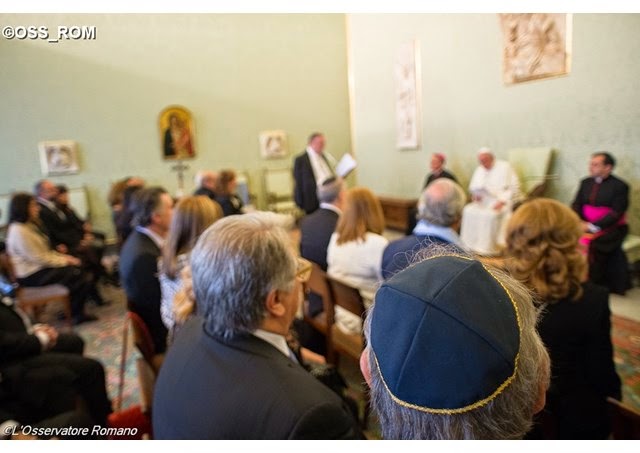 "Peace and harmony were born much before religions were. The concepts of harmony and unity are shared by our respective religions. Unfortunately however, we are living in a world that is filled with hostility and animosity. Our very presence here signals a new beginning; a vista of opportunity. We are ever so aware of the need for dialogue and harmony; peace and coexistence."
Bar-Ilan University President Rabbi Prof. Daniel Hershkowitz

"We are the sons of Abraham and we have the privilege and the responsibility to guide humankind on the path to peace."
Francis

Palestinians protested the event as Bar-Ilan University is a right-wing school which supports the settlers and their illegal Israeli settlements in the Palestinian Territories.

If a transcript of Francis' speech becomes available will we post it. 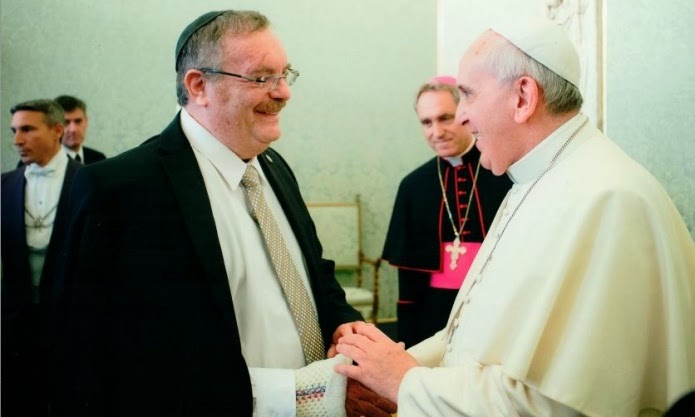 More on the event:

Posted by hereisjorgebergoglio at 1:47 AM