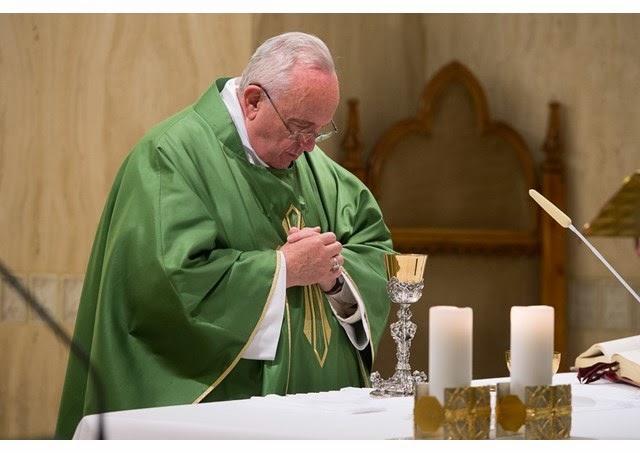 
Another day and Francis reveals more of the modernism he so loves.  Touching on a subject once again which translates into English as "God spray", Francis gives us this gem of modernistic trash:

"He accompanies us and teaches us to pray. And our prayer should be Trinitarian. So often [people ask]: 'But do you believe?': 'Yes! Yes! '; 'What do you believe in?'; 'In God!'; 'But what is God for you?'; 'God, God'. But God does not exist: Do not be shocked! So God does not exist! There is the Father, the Son and the Holy Spirit, they are persons, they are not some vague idea in the clouds ... This God spray does not exist! The three persons exist! Jesus is our companion on the journey who gives us what we ask; the Father who cares for us and loves us; and the Holy Spirit is the gift, the extra gift from the Father, that our consciousness does not dare to hope for".


Previously on 18 April 2013, Francis introduced the attendees of his Novus Ordo Missae at Casa Sancta Marta to the concept of "God spray" during the homily.  As reported by News.va the Official Vatican Network:

"But who is this God you believe in?"


Dear reader, are you confused?  We are confused, what is the world is he trying to say?  Thankfully he clarified his thoughts this morning in telling us, "God does not exist."  This brings to mind his interview published on 1 October 2013 with atheist, Eugenio Scalfari in which Francis said,


Dear reader, we ask you a question,

"Who is Francis praying to?"

Once again, we can thank Francis for answering the above question.  He prays to the same gods as the Talmudic Jews and Muslims do, G-d and Allah!  See our entry, An apostate says what, for more on this.  Is this who you pray to?

One would think the mainstream religious press would point out the above statements of Francis, especially what he said this morning but they don't.  Our guess is they will not either.  For the Catholic press is a partner and complicit in Francis' revolution.  Instead they titillate their readers with Ron and Mavis Priola's testimony at the Synod on the Family, or show the clip of Francis taking two young boys for a ride around St. Peter's Square in the Popemobile.


Do you want to go for a ride?

It is all fun & games 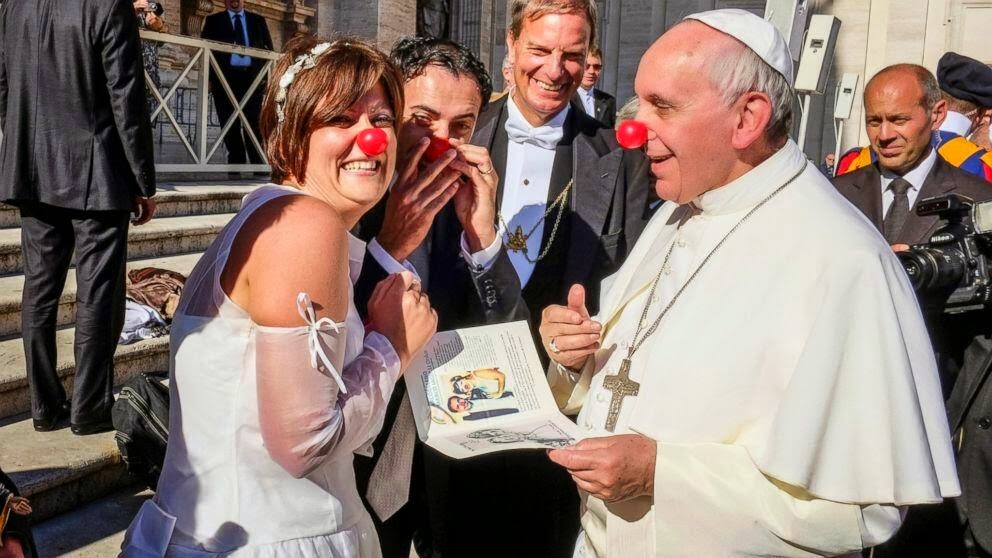 UPDATE WITH VIDEO OF SERMON


see the 2 minute 4 second mark
Posted by hereisjorgebergoglio at 12:42 PM