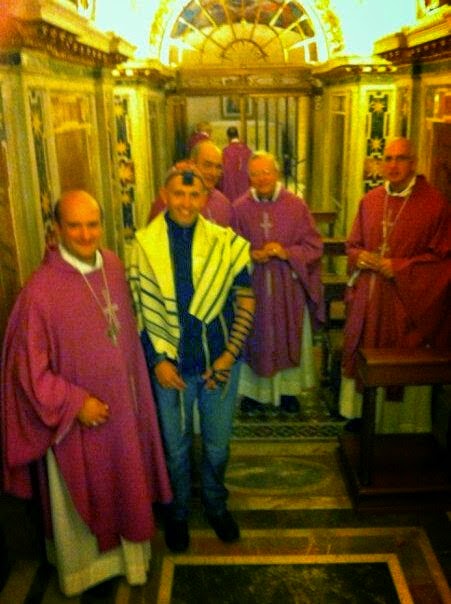 Dear readers are you wondering why the strange mid-term report from the Synod on the Family and then the closing speech by Francis in which he criticizes everyone, allowing both sides to claim victory?  An anonymous reader of Call Me Jorge... provided the article below and a quote in a book which give some insight into this matter.  The Talmudists are having a good laugh in the shadows as they watch Francis finish the demolition of the church started by John XXIII.

Bergoglio was designated as new Pope and takes the role of Supreme Pontiff as Francisco. A turning point in the history of the Church, of Argentina and, I trust, will also be of the world!

But beyond all of the considerations of his work and role, there is an aspect of his personality in which many of us inspire ourselves of his being in values and of his doing in the coherence of his actions.

Rabbi is master. That is what Jesus was called. In this role and function the Gospel presents him.

Bergoglio is a master. Faithful to my Jewish roots and my rabbinical vocation, within my community of origin and my destination community which is the whole Argentinean society, I found in the one who was anointed Supreme Pontiff a master who listened to me, who guided me and gave me advice on how to unfold my vocation to serve, both the Creator and his creatures, in the challenge of the common good.

From his prologue in my book Argentina ciudadana, to his sermons in the solemn festivities in the Temple on Libertad Street, each encounter, each moment of his presence was a reference.

He always brought out his rabbi vocation. As primate cardinal he taught how to recuperate the Jewish roots of Christianity and projected from the Church the universal dimension of writing, in the daily prose, the poetry of those who, to be able to see reality transformed, must follow the teachings of this pastor of souls. My master, rabbi, friend who gave me the example of believing so as to be able to see.

In the admiration and gratitude for his teachings, I elevate my heart in prayer so that the accomplishment of this new dimension, being a new light from the Atalaya, with his vision inspired by the Father of all, will guide us, as his children and brothers that we are, to a better world. 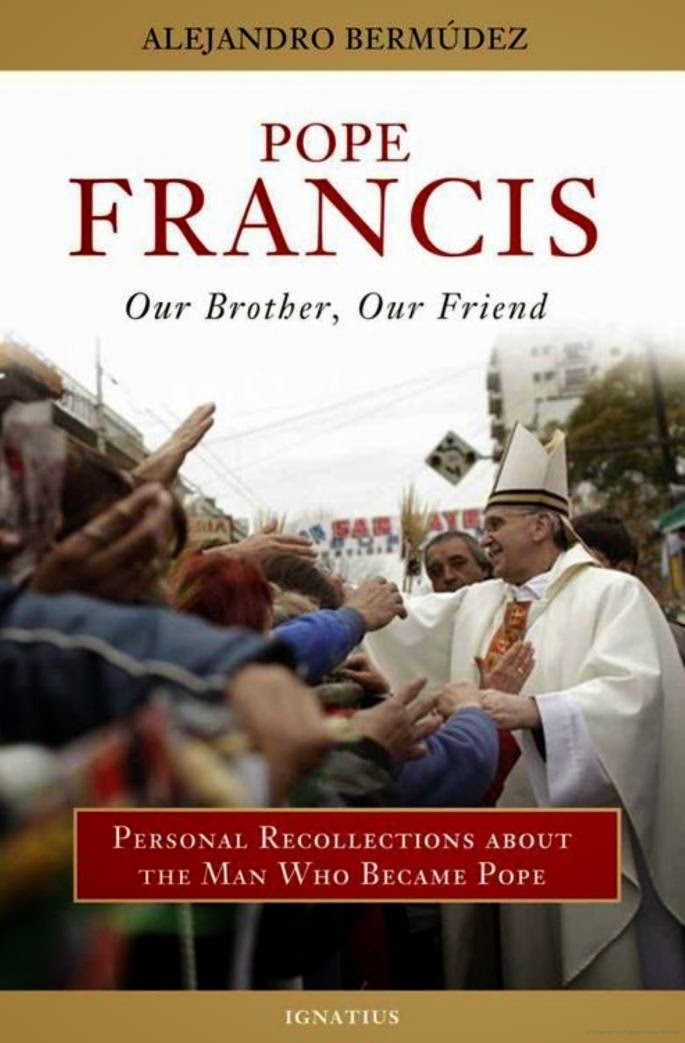 cover of Pope Francis: Our Brother, Our Friend
by Alejandro Bermudez 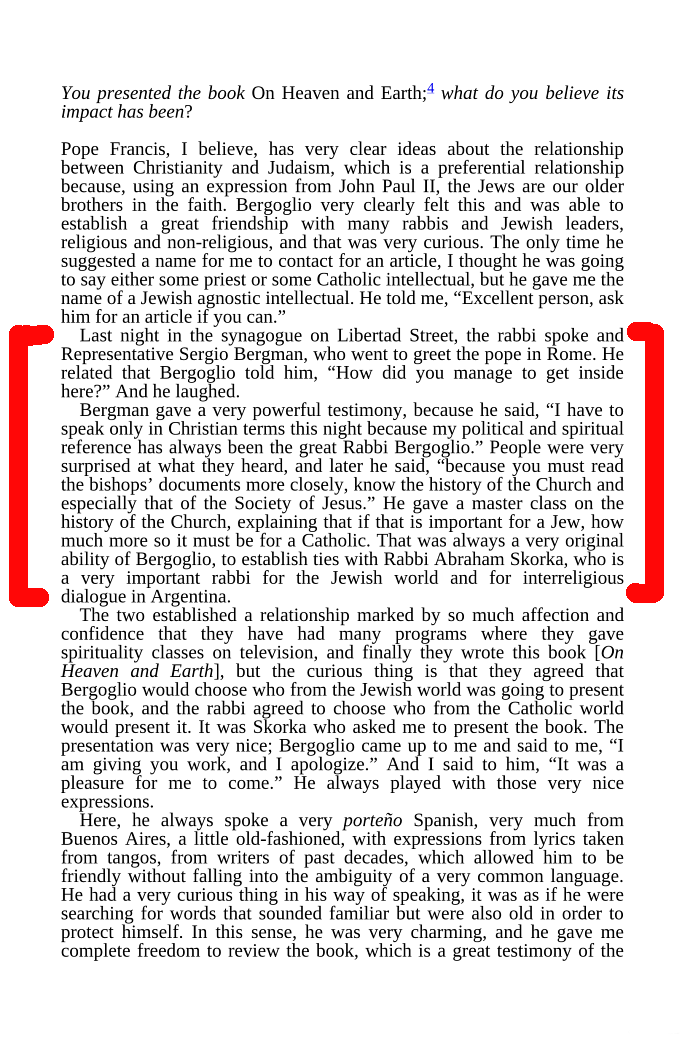 page from book with "Rabbi Bergoglio" quote
(click here to view on google books)
Posted by hereisjorgebergoglio at 8:41 PM