Francis' Thought of the Day 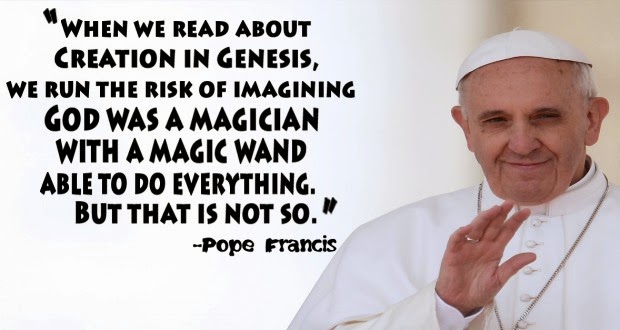 What does the Church have to say about God being able to do everything?


1. Confession of Faith
We firmly believe and simply confess that there is only one true God, eternal and immeasurable, almighty, unchangeable, incomprehensible and ineffable, Father, Son and holy Spirit, three persons but one absolutely simple essence, substance or nature {1} . The Father is from none, the Son from the Father alone, and the holy Spirit from both equally, eternally without beginning or end; the Father generating, the Son being born, and the holy Spirit proceeding; consubstantial and coequal, co-omnipotent and coeternal; one principle of all things, creator of all things invisible and visible, spiritual and corporeal; who by his almighty power at the beginning of time created from nothing both spiritual and corporeal creatures, that is to say angelic and earthly, and then created human beings composed as it were of both spirit and body in common. The devil and other demons were created by God naturally good, but they became evil by their own doing. Man, however, sinned at the prompting of the devil.