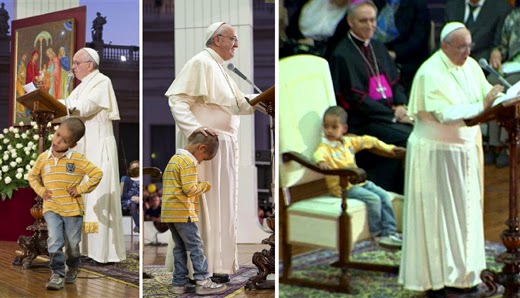 Francis was talking about marriage back in October 2013, but his words thankfully fell on deaf ears because of his refusal to discipline the little Colombian orphan, Didier Ferruccio and his antics.

First it was the questionnaire sent out round the world to all the bishops, late in 2013, on sex, sodomites marrying, and contraception.  Next came the recent Synod on the Family, which sadly was not a joke.  And now we will have thanks to Francis an interreligious conference, to take place from November 17th to the 19th, dedicated to "traditional marriage."  The topic of this conference will be, "Complementarity of Man and Woman."

Over 43 speakers will give addresses during the conference on marriage.  Not all of the speakers are from the Novus Ordo.  Among those on the list to speak is Rick Warren!  The full list of speakers and their curriculum vitae can be read (by clicking here) on the website for the conference.  Look at the list, it is a who's who of non-Catholics including representatives of Evangelicals, Talmudic Jews, Sikhs, Taoists, Jainologists (we had to look that one up), Anglicans, Muslims, Baptists, the Black Church, Mormons, Buddhists, and Hindus!  Most of the talks are going to be given by these non-Catholics with only a short morning address to be said by a Novus Ordo Bishop!   See the schedule (by clicking here) on Humanum's website.

What will be discussed?  Well according to the Humanum website's about us section one reads,

The Complementarity of Man and Woman: An International Colloquium is a gathering of leaders and scholars from many religions across the globe, to examine and propose anew the beauty of the relationship between the man and the woman, in order to support and reinvigorate marriage and family life for the flourishing of human society.

Witnesses will draw from  the wisdom of their religious tradition and cultural experience as they attest to the power and vitality of the complementary union of man and woman. It is hoped that the colloquium be a catalyst for creative language and projects, as well as for global solidarity, in the work  of strengthening the nuptial relationship, both for the good of the spouses themselves and for the good of all who depend upon them.


Sounds like modernism to us at Call Me Jorge...  Could you imagine a travesty like this taking place under Pope Saint Pius V or Pope Saint Pius X?  For Francis, this is just another day strolling down the road to perdition. 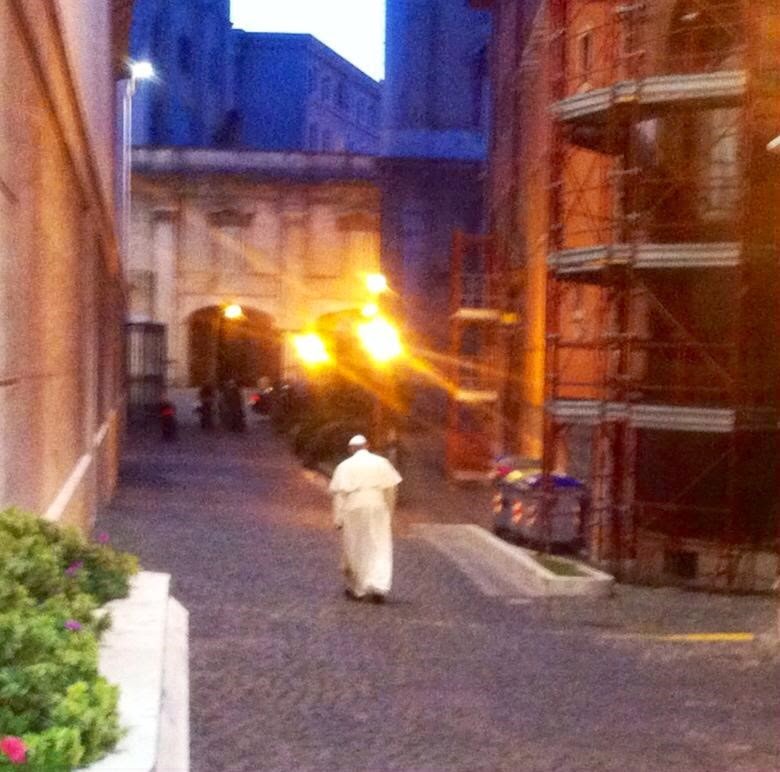 There is no word yet on what Francis means exactly by the term "traditional marriage."  Remember Francis is a modernist so his definition is different from the Catholic definition of marriage.  Guess one will have to stay tuned to find out what he means.

Watch this video trailer below for what the conference is going to be on.  Six more videos will be released during the conference on marriage.  Notice the one thing never mentioned  in the video below is God's role in one's marriage or family.


Posted by hereisjorgebergoglio at 10:10 PM