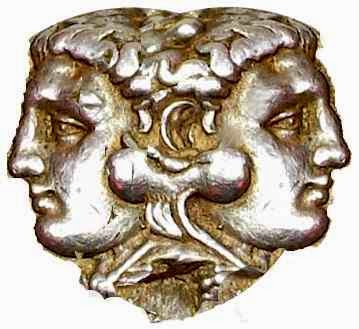 Francis can't let a day go by without insulting someone.  One minute he is complementing people (sometimes even degenerates) the next, he is ripping into someone else.  What gives?  It is like we have a present day Dr. Jekyll and Mr. Hyde in the papal office.  Francis gave the annual Christmas address to the Curia yesterday which came off more like Yiddish shtick.  Every disease he accused the Curia of having, is a trait of Francis himself.    He then addressed the Vatican workers and showered them with compliments.  Don't worry, he got in a backhanded insult when he also called the workers "unknown" and "invisible".  We don't know if the dear readers of this blog have been to the Vatican but on our visits we found the faithful staff at the Vatican anything but "invisible" and "unknown".   These people were all over the Vatican keeping the workings of it humming.  If anything, the bureaucrats were the ones "invisible" to us.  After that compliment, Francis told them not to gossip and talk bad of others.  Does Francis ever listen to the words coming out of his mouth?  We really wonder if he could make it through a day without insulting a person.  Is Francis bi-polar or is he just reflecting the ideas of the Kabbalists and Freemasons he surrounds himself with?


chesed
Posted by hereisjorgebergoglio at 6:16 AM