...blessing the Crèche at the EU

We have to hand it to Bp. Fellay, it takes guts to go into the modern day Tower of Babel and bless a Crèche!  This is the same building which houses the European Parliament whom Francis recently addressed.  Maybe the death of Catholic Europe, which the New World Order anticipates with glee, isn't likely to happen anytime soon.  We pray that all of Europe rediscovers their Catholic roots and begins once again to practice the Faith.   Could this be a first small step? 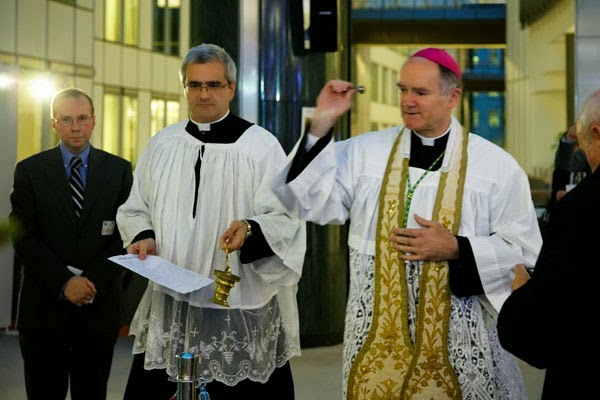 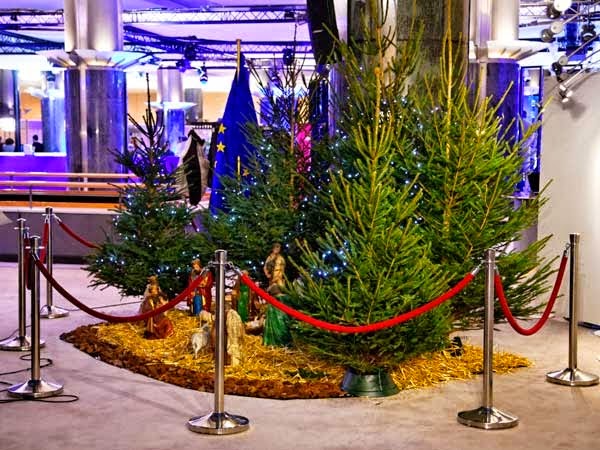 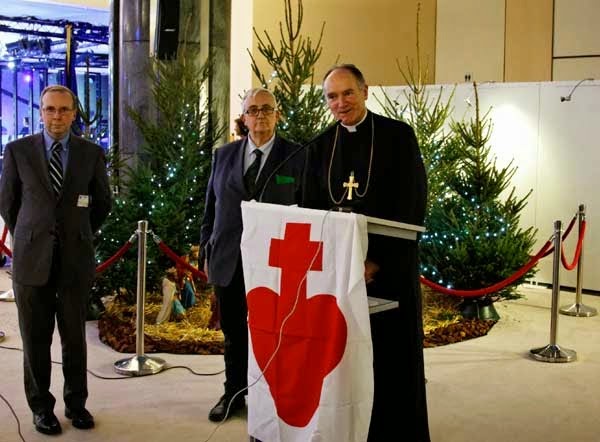 "That's where it all started, in the crib. It is therefore natural that European leaders pay homage to the God who comes among men to save them, He who is the King of Kings. We must remember what Cardinal Pie said to Napoleon III, 'If the time has come for Jesus Christ to reign, then it is time for governments to last'."

...and is in talks with the Vatican once again! 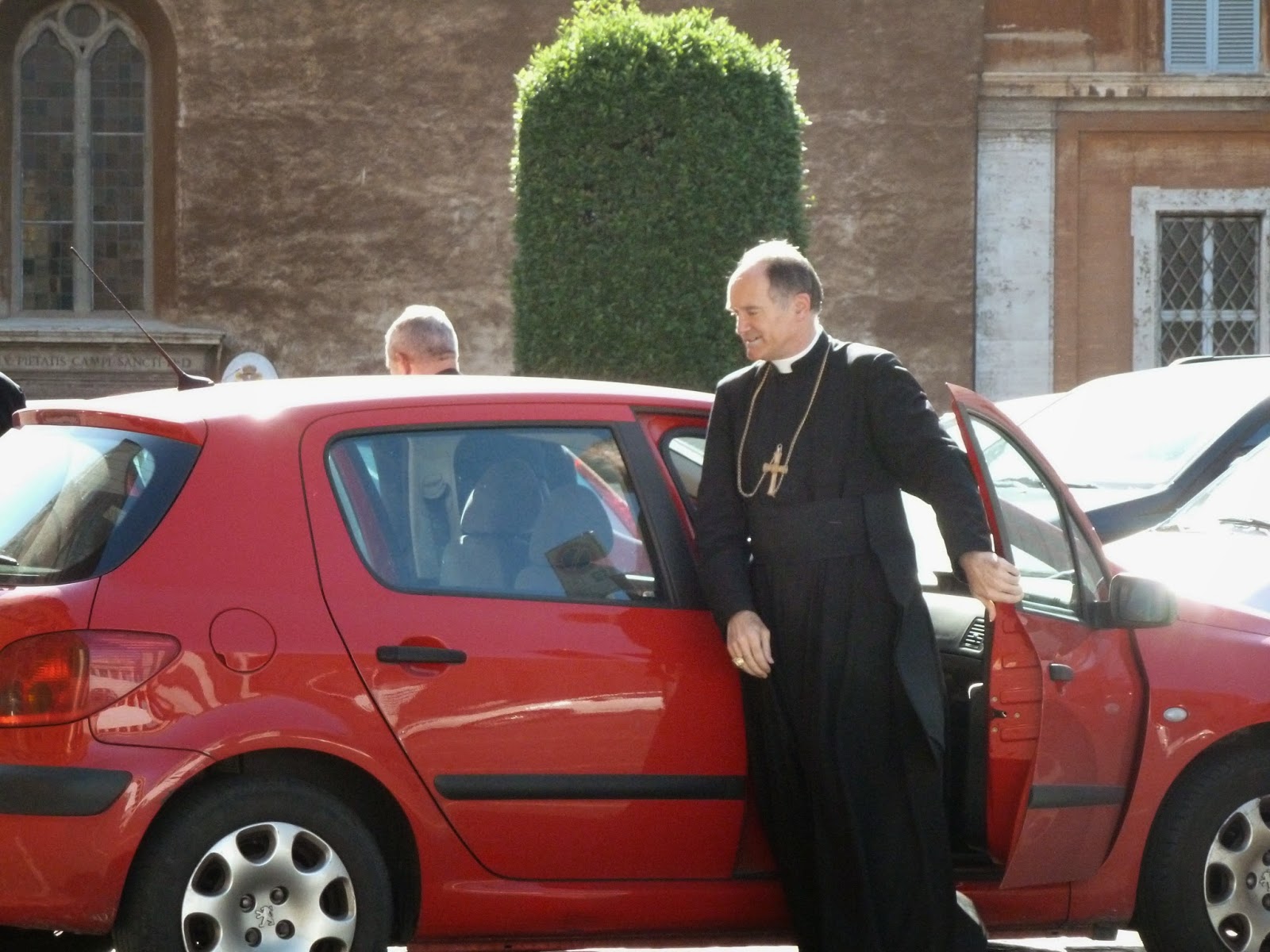 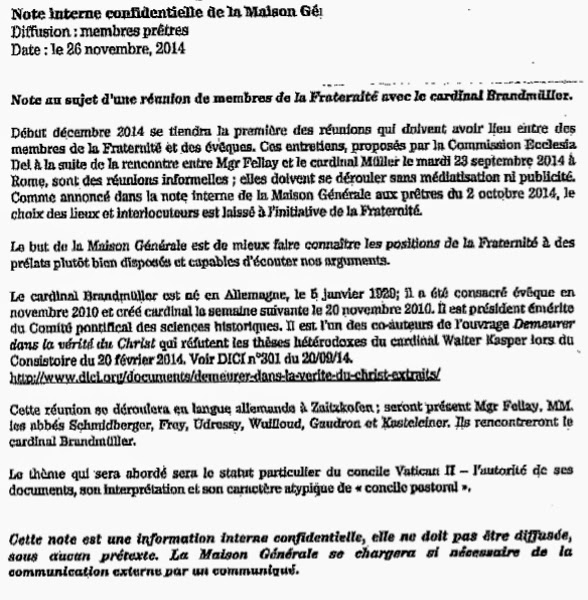 copy of internal memo from the General House

Note regarding a meeting of members of the fraternity with Cardinal Brandmüller.

In early December 2014, the first of the meetings must take place between members of the fraternity and the bishops will take place. . These interviews proposed by the Commission Ecclesia Dei after the meeting between Bishop Fellay and Cardinal Müller on Tuesday, September 23, 2014 in Rome, are informal meetings; they must develop without mediation or advertising. As announced in the internal note of the General House to priests the October 2, 2014, the choice of locations and partners is left to the initiative of the Fraternity.

The aim of the General House is to raise awareness of the positions of the fraternity to the prelates who are willing and able to hear our arguments.

Cardinal Brandmüller born in Germany on January 5, 1929, he was consecrated bishop in November 2010 and made ​​a cardinal the following week, on November 20, 2010. He is president emeritus of the Pontifical Committee for Historical Sciences.  He is one of the co-authors of the work Staying in the truth of Christ , which refutes the thesis heterodox Cardinal Walter Kasper during the consistory of February 20, 2014.  See DICI n ° 301 of 20/09/14.
http://www.dici.org/documents/demeurer-dans-la-verite-du-christ-extraits/

This meeting will be held in German language Zaitzkofen; will be present Mons. Fellay, the Schmidberger, Frey, Udressy, Wuffloud, Gaudron and Kasteleiner Padres.  They will meet with Cardinal Brandmüller.

The issue to be addressed will be the special status of Vatican II - the authority of their documents, their interpretation and atypical nature of "pastoral council".

This note is an internal information confidential, not to be disseminated under any circumstances. The General House shall, if necessary, external communication a statement.

source: Christus Vincit forum
Posted by hereisjorgebergoglio at 1:59 AM