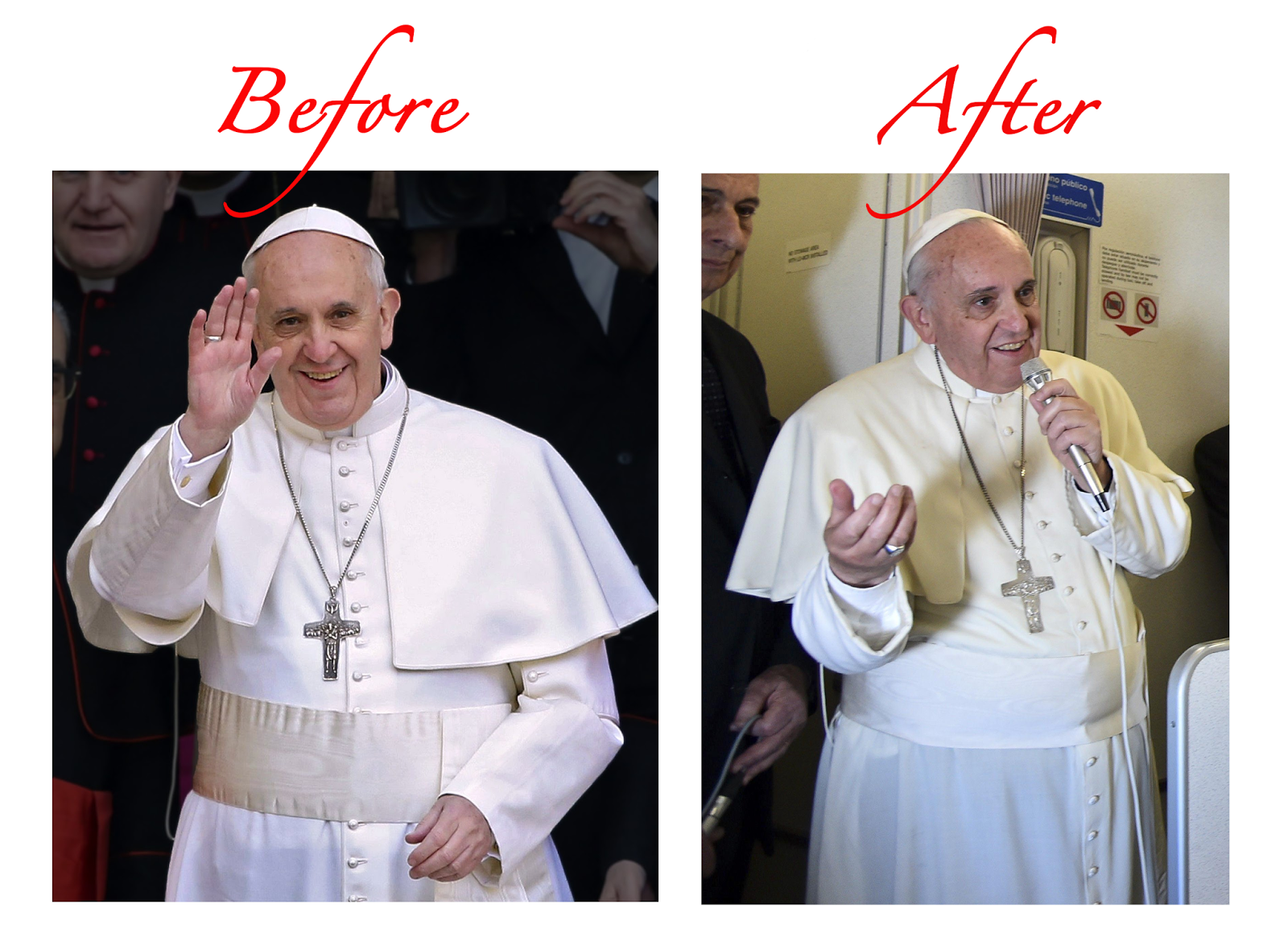 The USA media in early June of last year began to report that Francis was gaining weight.  The next month the Italian press continued with this story and talked with people inside the kitchens at Casa Santa Marta.  Elisabetta Pique even made a passing mention of Francis' life long passion for food in her biography on him, Pope Francis: Life and Revolution.  As photos were published during Francis recent trip to the Philippines it become evident that Francis' insatiable appetite hasn't diminished in the least.  From appearances, it seems to be growing.  As someone who is always identifying with the poor it is ironic he is becoming so fat.  Since he is currently a darling of the liberal media, there has been silence on this contrast.  Below we re-post an entry from Mudabor's Blog which dicusses Francis' passion for food. 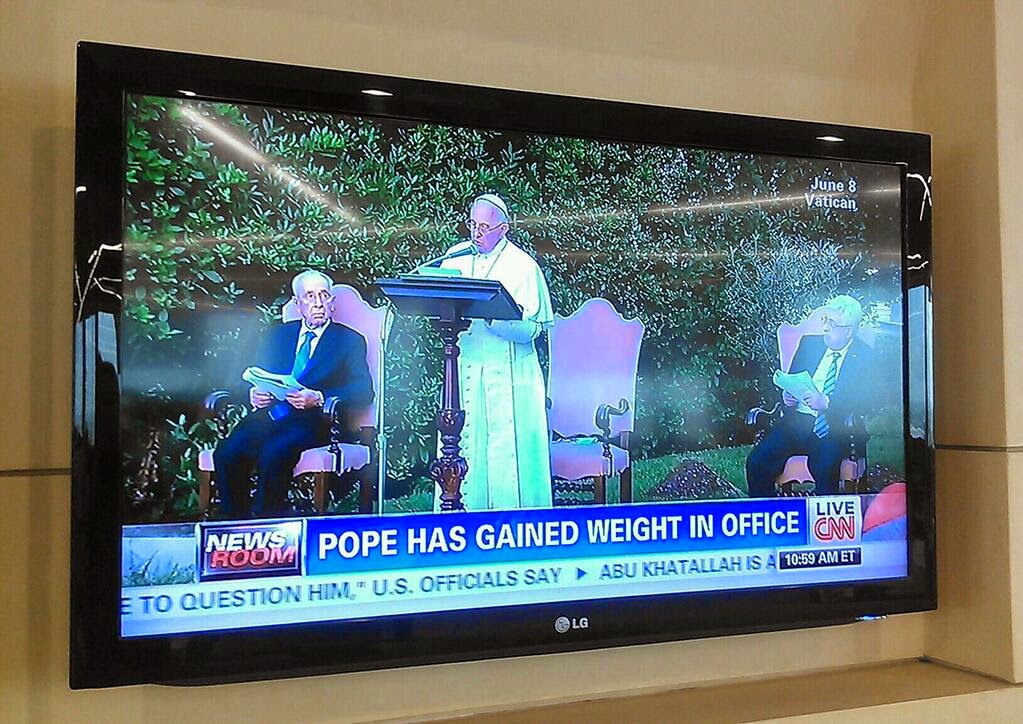 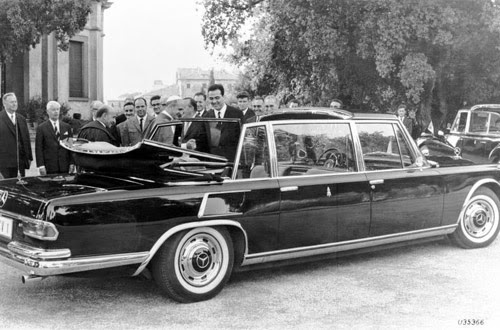 Big Mercedes 600 Landaulet.
No trace of gluttony in the Pope.

No, Louisa May Alcott is nothing to do with this*. Rather, I am talking of the expansion of the Humble Papal Circumference, which since his Humble Accession has been growing faster than Islamic violence.

Not for the first time, we read of elaborate meals, of no small caloric content, carefully prepared by the best cooks. We are also informed – and again, we have photographic proof – of a certain predilection for desserts, ahem, not based on fruits.

It is, obviously, fine in principle for the Pope to eat, well, like a Pope. But this only, I allow myself to add, if the Pope in question does not insist in making a show of humbleness and vicinity to the poor; then the poor have no star cooks to provide to their culinary needs, have never seen a “flambe’ mango”, are probably unaware that “asparagus consomme’ with herbs” even exists, and in general do not lead such a life of pampered luxury.

Nor is this Pope the kind of person who, whilst eating well, gives any sign of an ascetic, or at least controlled intake “for the sake of the poor”. We have seen him already rather half drunk in the famous “Palmer video”, in which the astonishing thing is not that he might have drunk a glass or two too much – which can happen to anyone, particularly when eating much – but that he thought he was, then, in a state fit for a video; which, unavoidably, turned out a video of rather half-drunk heresies and assorted stupidities.

What the notice, though, is that all this Humble Drinking and Humble Eating is leaving clear traces in the humble silhouette of the Bishop of Rome; who, at his age and with respiratory problems, should have better to do that stuffing oneself with food, and be that very refined one.

Where the humbleness in all that is, it frankly escapes me. Very good wine, refined food and clearly visible, ample waist enlargement speak louder than the occasional Ford Focus Ride, or reckless embrace of a wheelchair, or ostentatious use of black shoes which are still made to measure by his fave cobbler.

Should not the Pope, who has asked for a humble Kia to be moved around, also ask for a meal from the nearest McDonald’s, or spontaneously stop for lunch in the house of some humble couple, who would be delighted to share with him their humble meal? Why the humbleness must only be applied where it costs very little, and is televised worldwide?

“Ah, but there are the duties of the protocol!”

Uh? If the Pope asked to eat a BigMac and salad (not fries!) , would the others deny him the privilege? Can the protocol be discarded concerning cars, but not food? What’s wrong with you, Humble Francis?

And by the way: do Mercedes 600 Landaulet make people fat? You look at Paul VI in the photo above and you have to disagree.

In short: the Humble Bishop is getting fat on extremely refined food and drink, whilst the poor hunger.

Fidel would be disappointed.

Posted by hereisjorgebergoglio at 8:05 AM