Six million & the 'new evangelization' in the Philippines 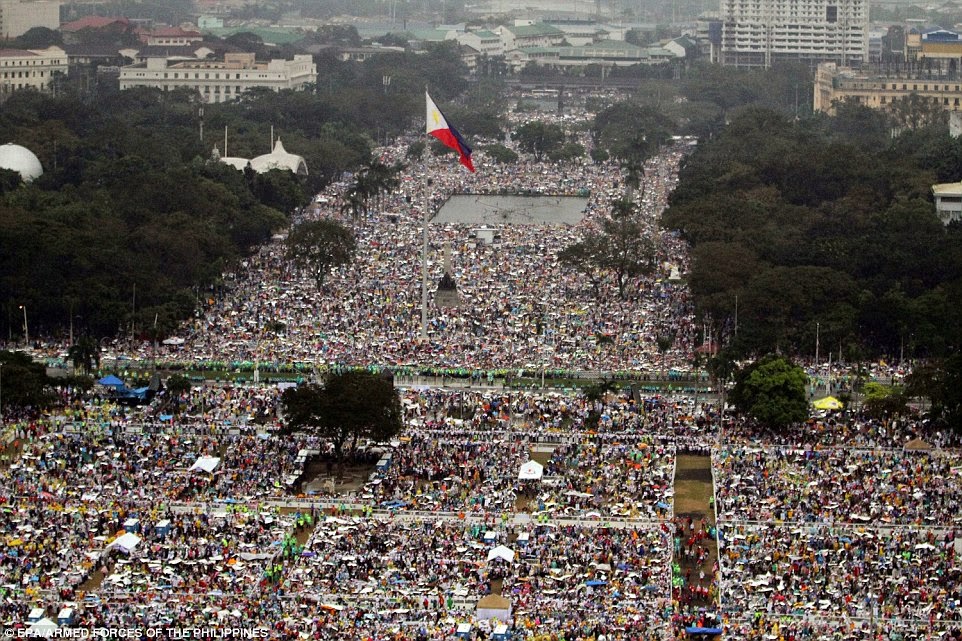 According to the media, Francis had the magic (and kabbalistic) number of six million attend his final outdoor Mass in the Philippines.  This crowd was equal to the amount of visitors Francis had attend his general audiences during the past year.  We wish Francis would be like Bp. Fellay and have them all say the Rosary.

The video below is from 16 January 2015 and is of the people outside the Manila Cathedral.  It is for all those out there who say Francis is strict and follows the rubrics.  If one searches on the internet one can find similar videos for Francis' visits to Brazil and Korea.  The 'new evangelization', from appearances, only follows the rules of the church when it suits them and Francis only enforces these rules on those of conservative bent. 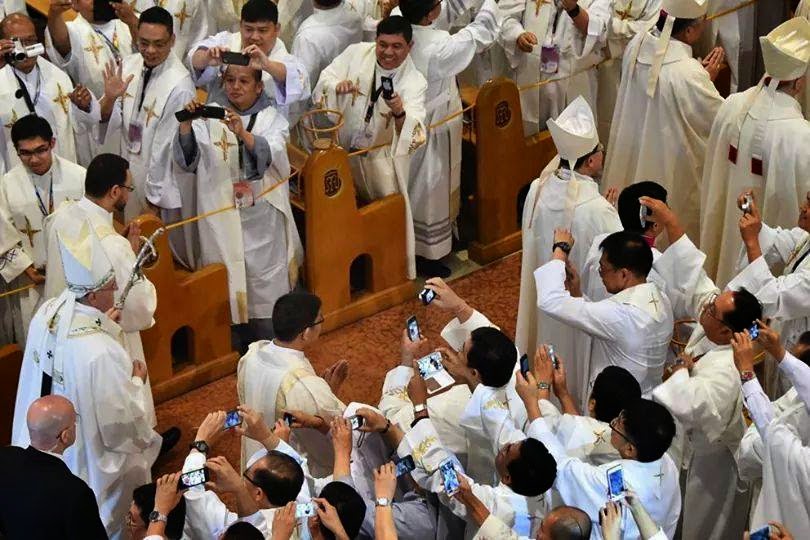 the priests of the 'new evangelization' focusing on their god
Posted by hereisjorgebergoglio at 11:51 AM