the interreligious experience of fraternity is a grace 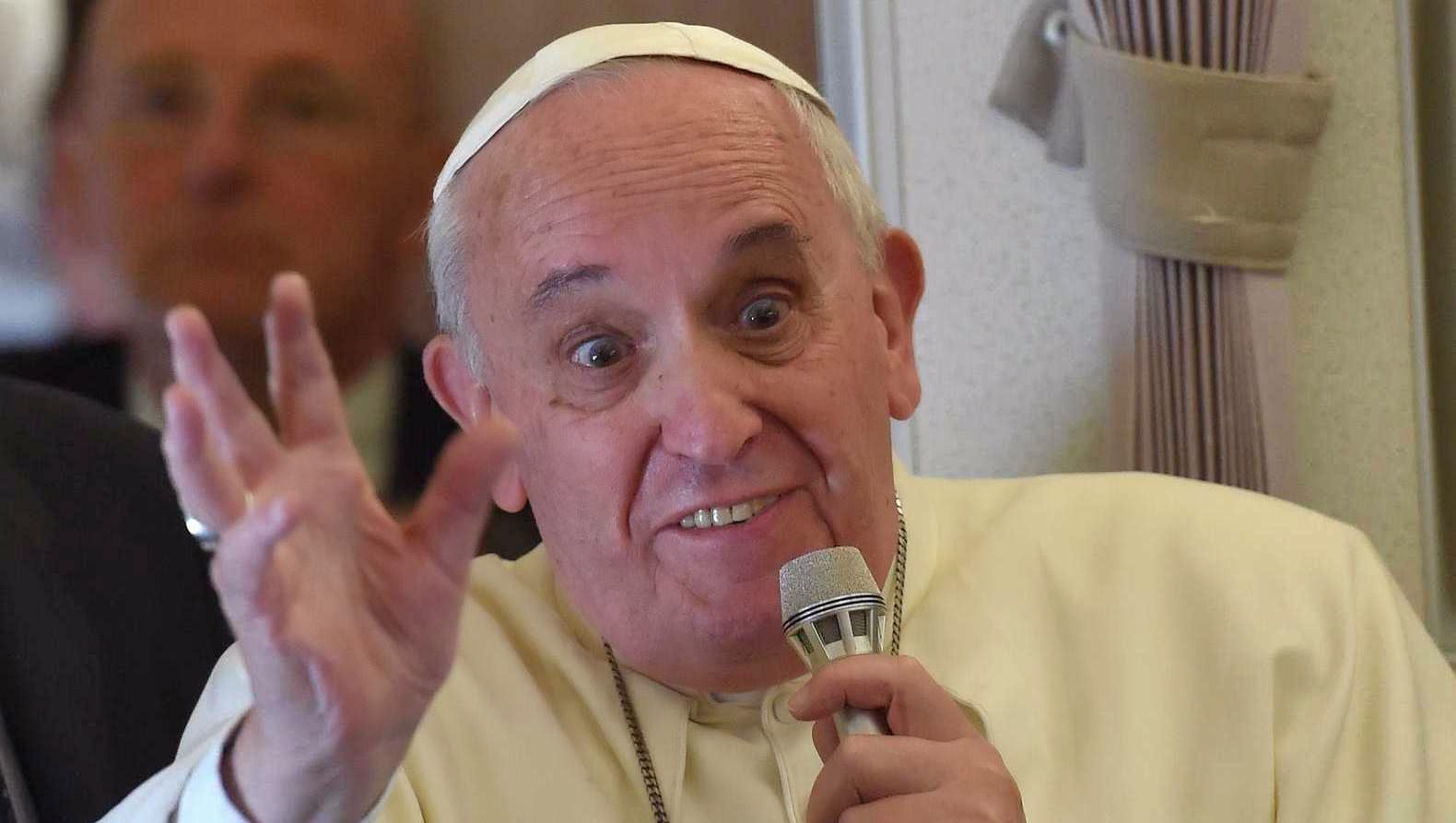 
Secondly, yesterday at Madhu I saw something which I would never have expected: not everyone there was Catholic, not even the majority! There were Buddhists, Muslims, Hindus, and each one came to pray; they go and they say they receive graces there. There is in the people – and the people are never wrong – they sense that there is something there that unites them. And if they are so naturally united in going together to pray at that shrine – which is Christian but not only Christian, because all want [to go there], then why shouldn’t I go to a Buddhist temple to greet them? What happened yesterday at Madhu is very important. It helps us to understand the meaning of the interreligious experience in Sri Lanka: there is respect for one another. There are small fundamentalist groups, but these are not with the people: they are ideological elites, but they are not with the people.

Now, as for their going to hell! Even the Protestants… when I was a child, some seventy years ago, all Protestants were going to hell, all of them. That’s what we were told. And I remember my first experience of ecumenism. I told it a little while ago to the leaders of the Salvation Army. I was four or five years old, but I can still remember it clearly. I was walking down the street with my grandmother, she was holding my hand. On the other sidewalk there were two ladies from the Salvation Army, with those hats with the bow they used to wear. And I asked my grandmother: “Grandma, are they nuns?” And she said to me: “No, they are Protestants, but they are good people”. This was the first time that I had ever heard someone say something good about a person of another religion, about a Protestant. At that time, in catechesis, they told us that everyone was going to hell! But I believe that the Church has become much more respectful – as I said during the interreligious meeting in Colombo – and appreciative. When we read what the Second Vatican Council said about the values to be found in other religions, the Church has grown greatly in this regard. And yes, there are dark periods in the history of the Church, we must admit, without being ashamed, because we too are on a path of constant conversion: always moving from sin to grace. And this interreligious experience of fraternity, each always respecting the other, is a grace. I do not know if there is something I have forgotten. Is that all? Vielen Danke

Francis demonstrating what it is to be in the state of grace
Posted by hereisjorgebergoglio at 10:59 AM