Vatican to give free haircuts to homeless 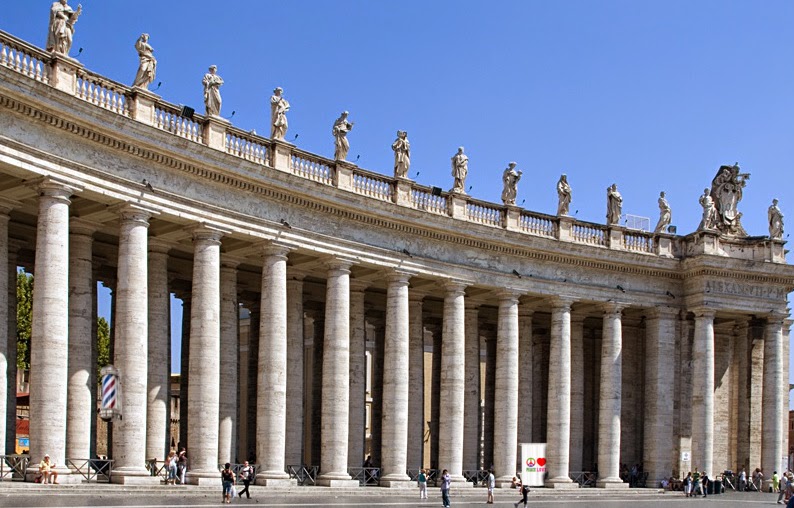 First it was showers in St. Peter's Colonnade, now it is free haircuts!

Another one from the you can't make this up file.  Feeding, clothing, providing shelter, and taking care of the needs of the homeless are Corporal Works of Mercy.  The Vatican owns plenty of buildings in Rome which they could turn into an alms house and provide for the care of the homeless.  Charity has traditionally been done quietly and often anonymously by Catholics.  Instead, they take part of the jewel of Catholicism and turn into a center concerned about the body.  What about saving souls?  All this is to draw attention to you know who, his most humbleness himself, Francis.

Francis' almoner, Archbishop Konrad Krajewski announced last year that showers were to be installed in a newly renovated part of  St. Peter's Colonnade.  Krajewski held a raffle in early January to finance this project.  Today this news breaks from ANSA,

The homeless will soon be able to use not only shower and toilet facilities but also a barber service in the Vatican, ANSA learned Thursday.

Haircuts and shaves will be available to the down-and-out free of charge on Mondays - the day on which barber shops and hairdressers in Italy are traditionally closed - starting February 16 under the auspices of the Office of papal charities.

The service will be provided by volunteer barbers who have already donated razors, brushes, scissors, a mirror and a barber's chair towards the effort.

The showers and toilets should also come into operation on February 16.

All services will be located in newly renovated premises under St Peter's colonnade.


What's next a laundry?  How about a Goodwill store?  Why not sleep all of Rome's homeless under the colonnade?  We wonder, will the Swiss 'gossip police' Guard patrol the hair cutting area of the colonnade?  After all, Francis told us gossip is murder.  Francis loves to rant on and on about NGO's while he goes about his wreckovation of the Vatican which with every blow resembles more and more an NGO. 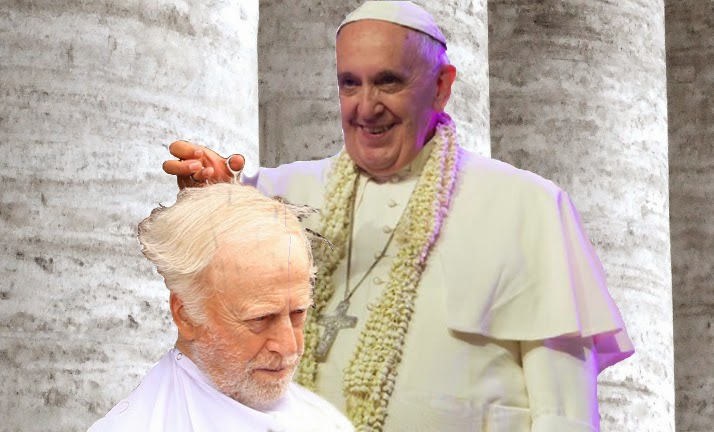 Is it possible Francis could show up on 16 February 2015?
Posted by hereisjorgebergoglio at 10:38 AM