...on the role played by Talmudists at Vatican II

John Vennari, the editor of Catholic Family News, reprinted an article in their most recent issue written by the late Jean Arfel (aka Jean Madiran, Jean-Louis Lagor).  The article, Rome's Secret Accord with the Jewish Leaders: A Deafening Silence can be read online by clicking here.  We can speculate as to why Mr. Arfel writes these negotiations were shrouded in mystery, happened in a synagogue and basement and were filled with all sorts of intrigue.  Perhaps he wasn't aware of what really happened?

Here's the Editor's Note which was published in Catholic Family News:


This is a landmark 1990 article from the eminent French Catholic writer Jean Madiran who supplies the background to Vatican II's new approach to modern Judaism. 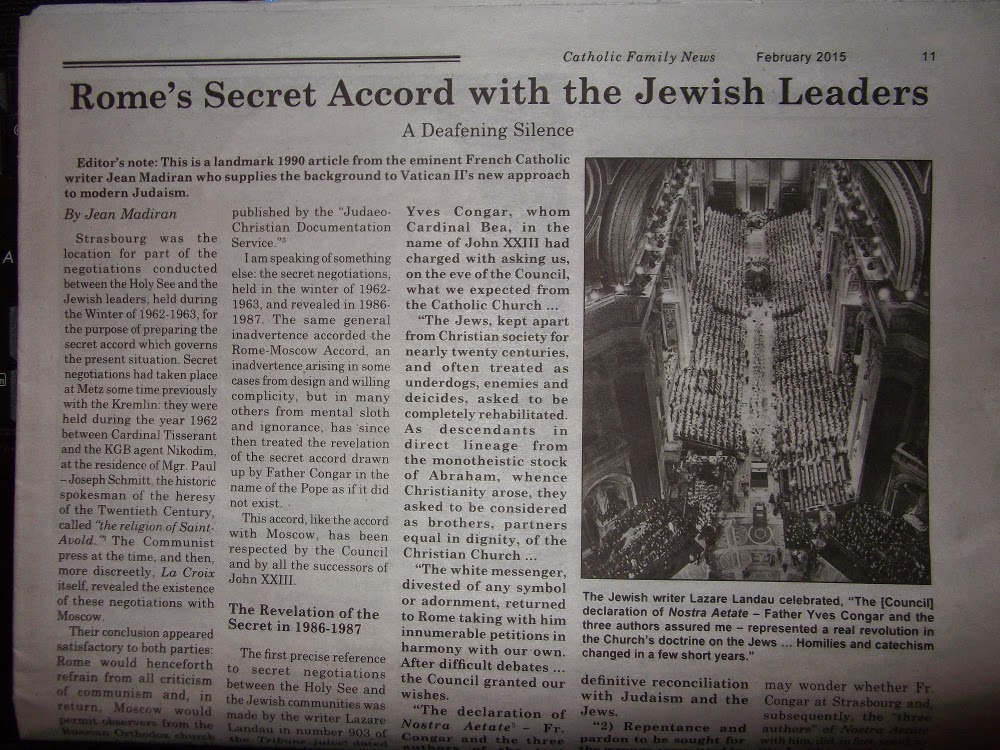 Why settle for a story when the truth of the matter has been so well documented?  For those who want to know what went actually down, there are two books shown below covering the same topic.  Which leads us to the question, why is Catholic Family News not reporting on the materials in these books?

for those who want the 'kosher' version

for seekers of the truth

Any of the dear readers of Call Me Jorge... who wish to research the topic further can sift through the plethora of materials the American Jewish Committee has made available on their website.

Below we repost an entry from the Maurice Pinay blog which covers this same topic.  It is well worth taking the time to read the scanned in documents at the end of the entry.

Why traffic in storybook depictions?

Cardinal Bea and the Pope himself met with Rabbi Heschel who confided to an Israeli reporter that his motive for making outrageous statements about 'going to Auschwitz rather than convert' was that he wanted to attack Christian souls. This is a well documented fact. And they made concessions to this hostile figure and the hostile organizations he represented in a Vatican II Council document. There are photographs of Heshel meeting Pope Paul VI in 1971 AFTER Heschel had made this admission of hostile intent which was well known in Rome.

There are photographs of Cardinal Shehan meeting with Zachariah Shuster (of the AJC and one of Malachi Martin's handlers) to discuss Vatican II; photos of Cardinal Spellman meeting with AJC directors. This barely scratches the surface of well-documented meetings that took place between Judaic organizations and their rabbis and cardinals and even the Pope leading up to Vatican II. There were many, many such meetings and they continue to this day, seemingly on a daily, or at least weekly basis.

Why do 'traditionalists' prefer the Malachi Martinesque, storybook version of history about 'a cold winter night sometime between 1962-63 when Cardinal Bea may have sent a representative to a mysterious meeting in a synagogue basement somewhere in Strasbourg which he neither confirmed or denied took place'? Why is this so much more alluring than the documented facts?

I believe what I've been told is true: there is an insufficient love for truth among these people. 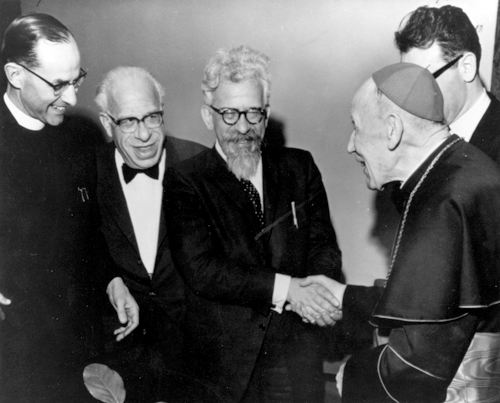 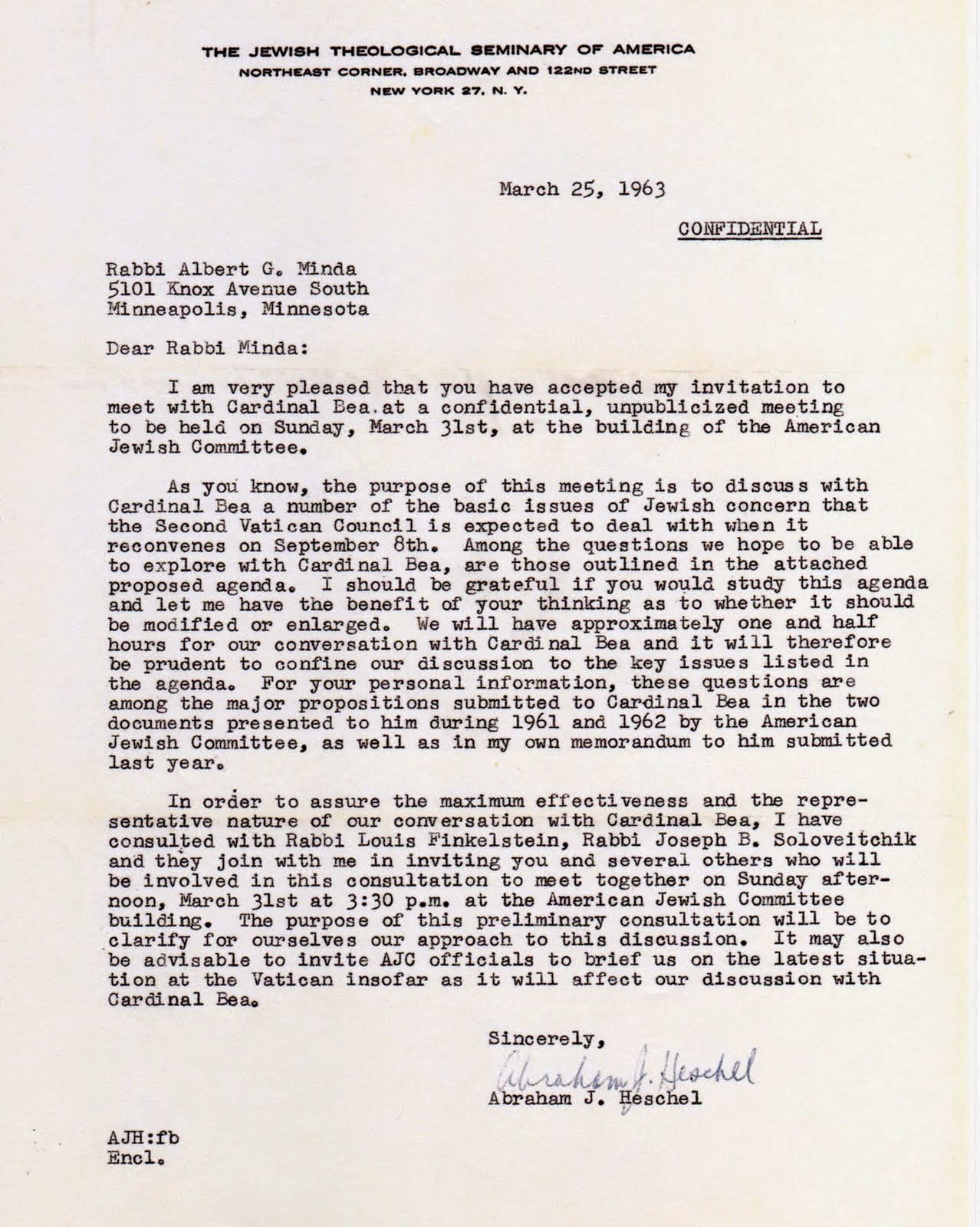 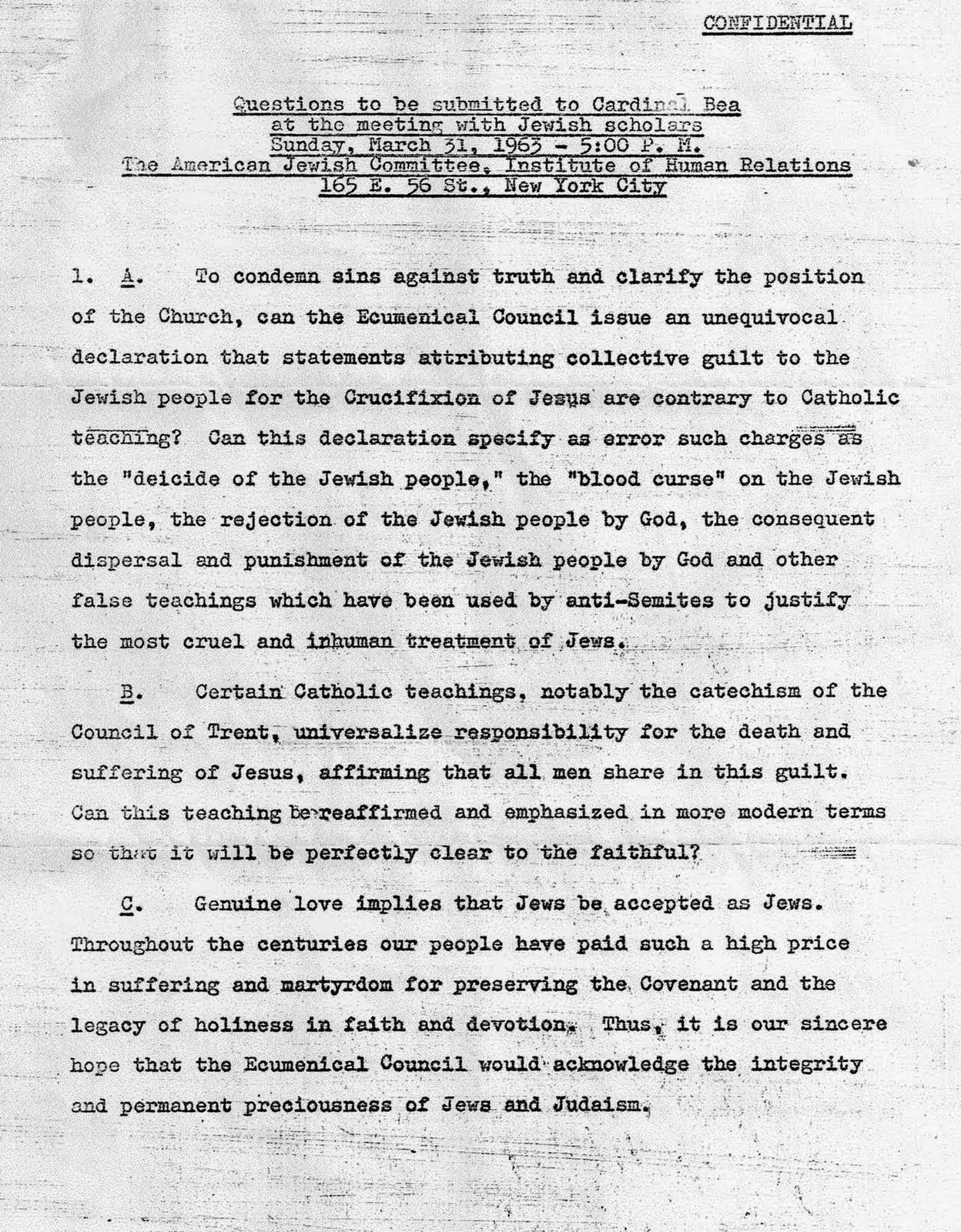 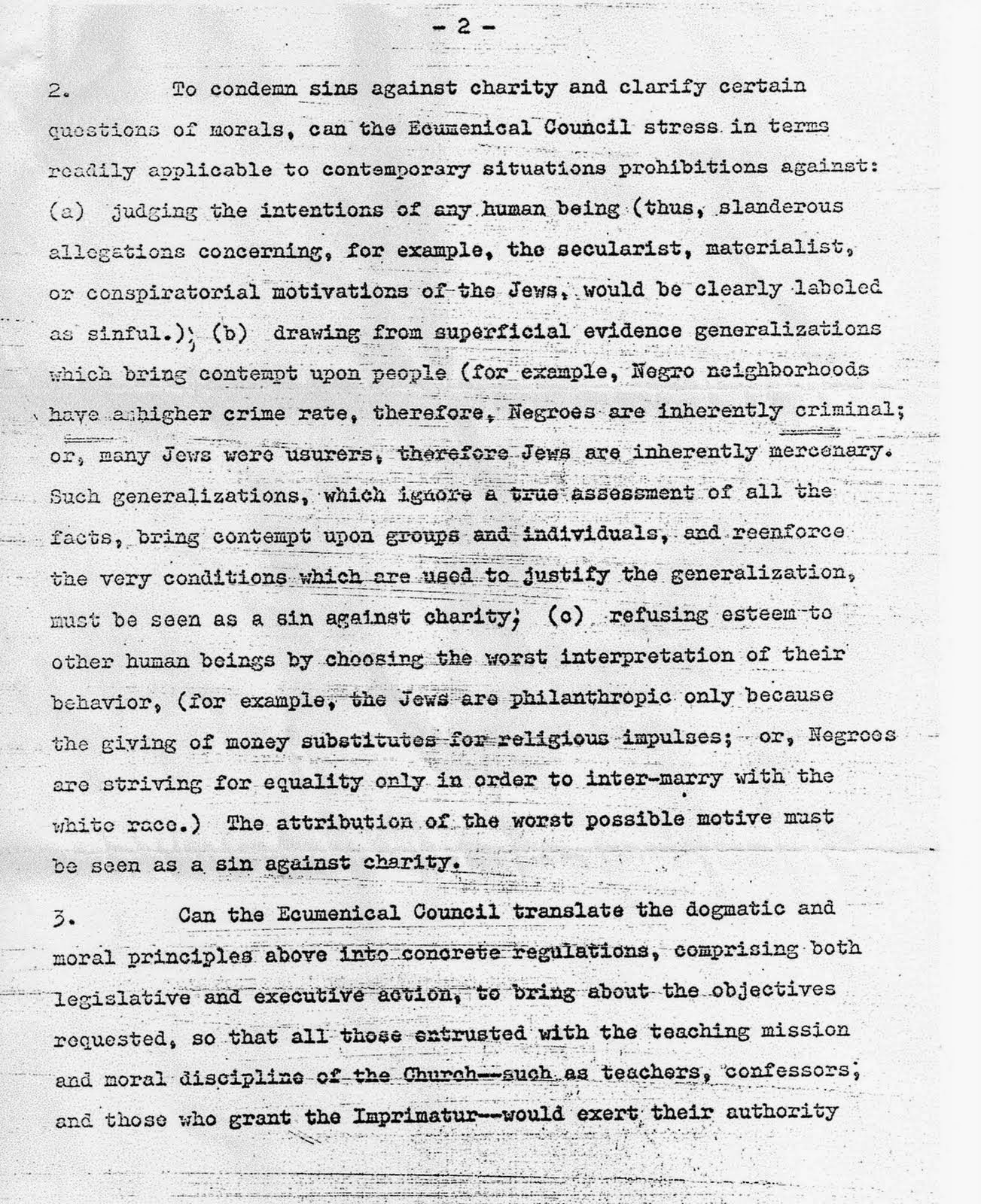 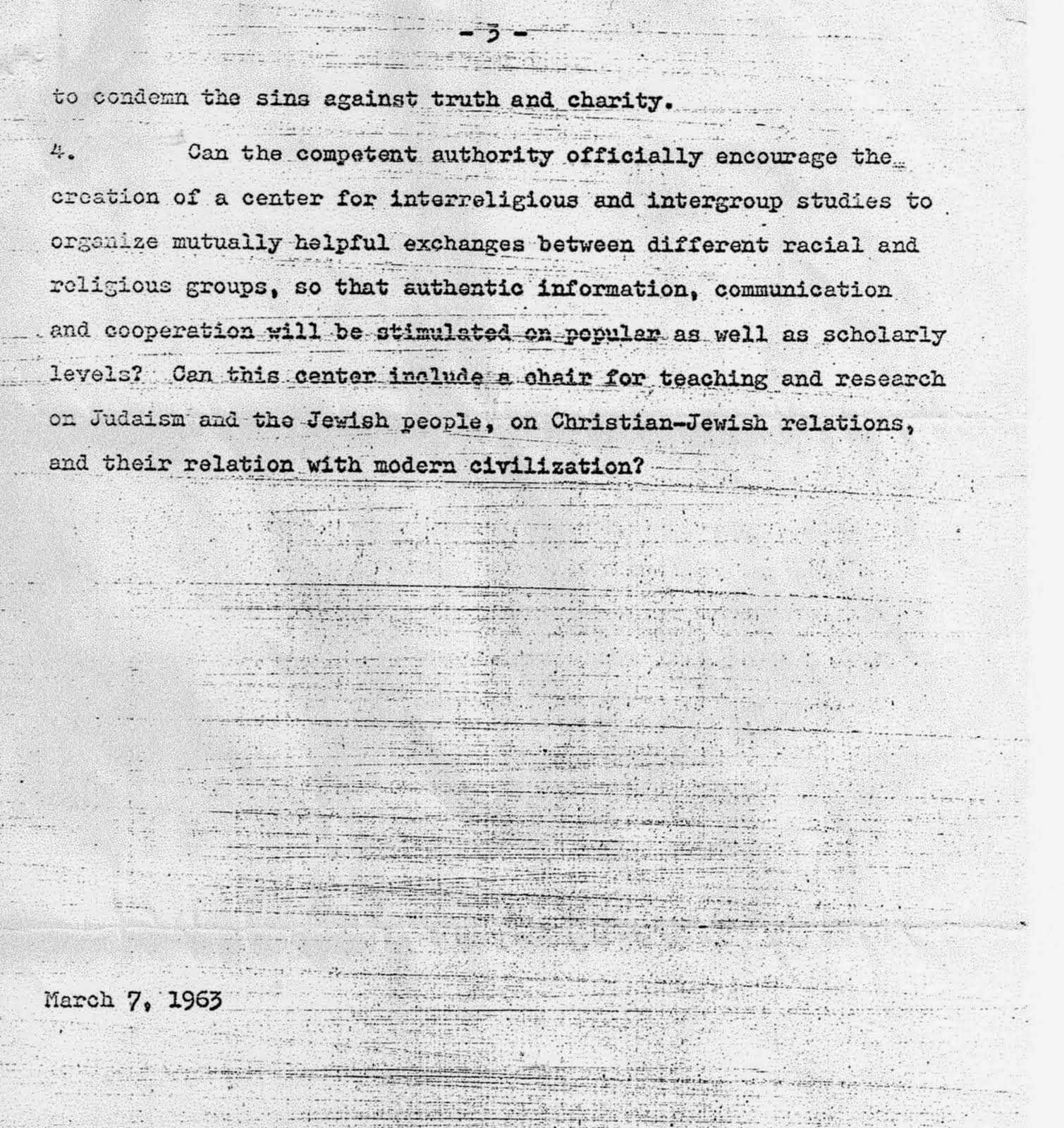 Posted by hereisjorgebergoglio at 6:12 AM