...Who cares if you are on the road to perdition?

Thanks to Brian Roberts, a reader of Call me Jorge..., for sending us this information!  In the video above, Pharrell Williams makes a visit to the St. John Neumann Catholic School in Miami.  This is important, he visited a catholic school.  The teacher says they were talking about the United Nations' International Day of Happiness just the other day and surprise, look who shows up!  While there Pharrell shares the wisdom he has gathered in his short life.

"There's going to be bullying, there's going to be hard mountain to climb in life.  There's going to be a lot of tough things but the one thing that you have no one can ever take from you is your right to be happy and your friends.  And the funny thing is with happiness you can feel stronger and stronger and stronger the more people you have around you.  So it's like well you know the amount of people that are in here right now we're all thinking about the same thing with feeling.  So happiness is a frequency and were going to have International Day of Happiness around the world and we're going to raise the frequency.  So yes, are you going to look at the news and see that you know in some country they blew some truck up or something or they just lost that flight in Malaysia.  Yes those things are going to happen you know why because that's life.  But on the other side of that is where you guys stand up and hold hands, just think it in your mind together collectively that you have the natural right and liberty to be happy.  It's yours.  I'm not perfect.  You look at me, you look at my past  you'll see I'm  not perfect but you know I've discovered, I've discovered that like a song could make a person who has cancer feel a lot better whether they're going to survive or not that's not the point.  The point is the journey you understand what I'm saying to you? Guys it's not about the trophy, it's not even about the finish line even though a lot of you guys in here are going to hit the finish line a lot, a lot of you guys are but it's the journey that's the most important part and if you can enjoy the journey any you can enjoy life. So I just wanted to leave you guys with that."


A speaker at a catholic school and not one mention of God or the importance of saving one's soul.  Remember according to Pharrell the end doesn't matter just being happy does!  The song Happy has become an international hit and is the unofficial theme song of the Novus Ordo church.  Below are a two videos which demonstrate this.  If you don't believe us, search youtube.com for "happy" and "catholic".

Happy was released on 21 November 2014 on the soundtrack for Despicable Me 2.  It also appears on Pharrell's recently released  Girl album which was released 20 March 2014.  The song on the album Girl before Happy is named Gush.  The lyrics of Gush are about female genitalia and so sexually explicit we dare not quote them here nor link to them.  As one can see the album doesn't come with a warning or parental advisory.  Pharrell's previous record, In My Mind, came with a parental advisory label. 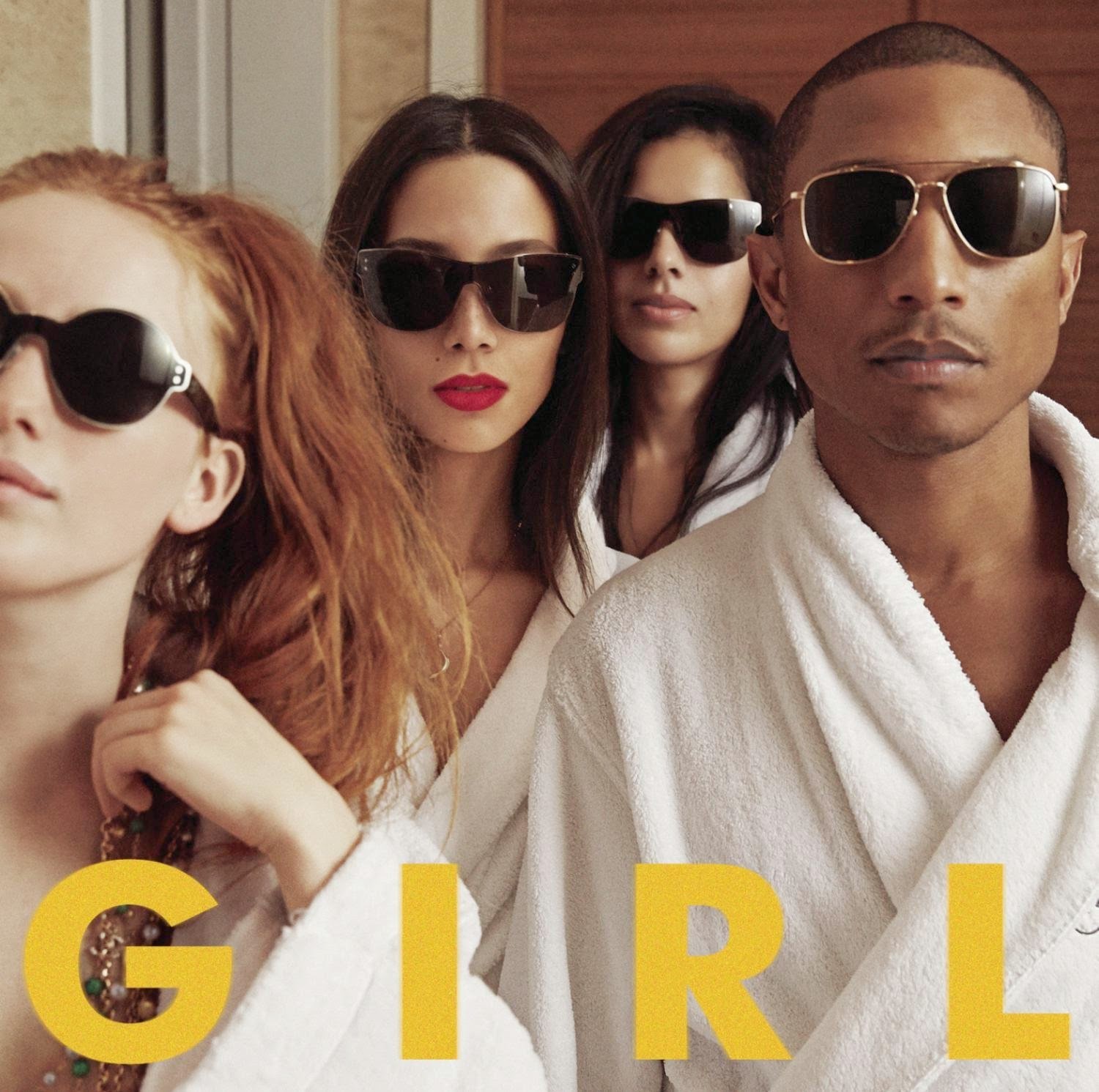 Pharrell obviously felt happy when he wrote and whenever he sings Gush.  Never mind that it is sinful and could lead his soul as well as other to perdition.  Just be happy!  This is so like the Novus Ordo church, everything is a feeling.  Why would anyone want to look at other work the artist has made and ruin the parade?  Maybe because the purpose of a catholic education is to train the mind so it can help the soul go to heaven.  Now we ask you dear reader if you had a young girl at catholic school, would you want this Pharrell to visit her school much less be around her?  If she asked you to buy his record for her would you?   Last but not least the song Happy doesn't mention God even once!

For those readers out there worried about the Synod on the Family, Francis complaining about Catholics being like rabbits, Francis telling a young girl it is a mystery suffering exists, or worried about the female/male Francis has as a private guest at the Vatican, don't worry just be Happy!

In the Novus Ordo church, "clap along if you feel like happiness is the truth! Because I'm happy!"

Posted by hereisjorgebergoglio at 12:34 AM