Jorge Bergoglio taught his Godson how to swear!

...which the Godson proceeded to display during one of Bergoglio's homilies 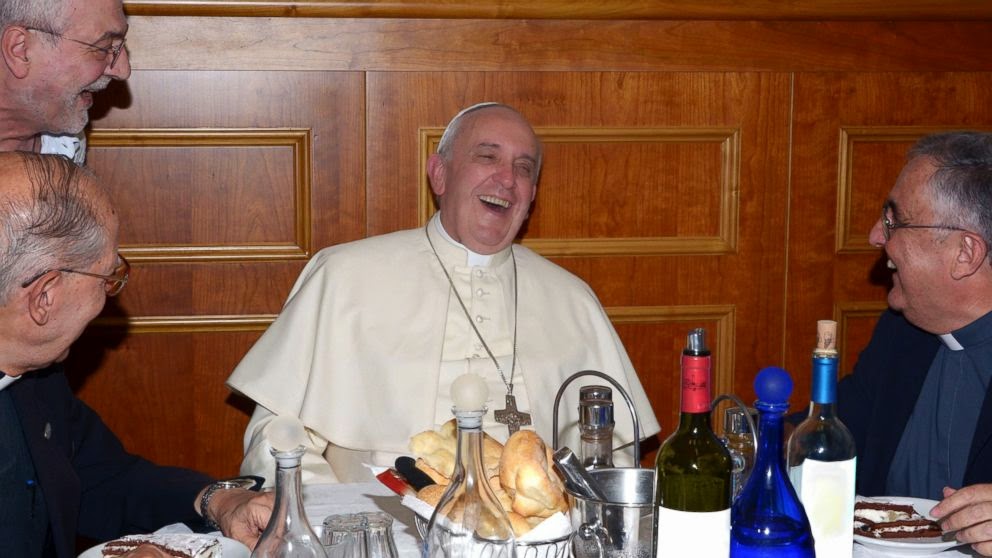 “When he was already wearing a collar” and much to her displeasure, the man who is Pope today taught swear words to his nephew, whose name was likewise Jorge and who was also his godson, according to Maria Elena Bergoglio. This led to an embarrassing situation when her brother began to preach “at an important Mass” with lots of priests, and her son, being surprised at seeing his uncle [at the pulpit], disturbed the calm by yelling out “a very bad word” — audible to all. “After Mass, Jorge came to us and could not stop laughing”, according to his sister. In addition, her brother dipped her child’s pacifier into whiskey. Her brother got the sanguine temperament and the joke-telling from his father, so [Maria Elena] Bergoglio.


Can you imagine how outraged Francis would be if this had happened in a synagogue or mosque?

Why is Francis always laughing at the Catholic Faith?

What Godfather would teach his Godson how to curse?

Bergoglio as a Godfather is responsible for instructing his Godson in his religious duties and setting a good example for the boy.

Who is Jorge praying to if he sees this as funny?

To put it another way, would Bergoglio laugh if his Godson cursed at the Crucifixion of Our Lord?

Sadly, we at Call Me Jorge... feel he would.
Posted by hereisjorgebergoglio at 3:26 AM