Rabbi Bloom speaks at a Cathedral in Oakland

Interreligious dialogue with the adherents of the Talmudic Judaic religion has been the rage since the Second Vatican Council.  It is more truthful to refer to it as a monologue rather than a dialogue as the Catholics grovel at the feet of their 'Elder Brothers', who not only deny Our Lord Jesus the Christ but blaspheme Him and the most Holy Family, while these rabbis dictate to Catholics what they are to believe.  Recently (9 November 2014) in Oakland, California at The Cathedral of Christ the Light, an ugly monstrosity of modernism if there ever was one, Bishop Michael C. Barber, SJ had as a guest Rabbi Mark Bloom. Before introducing him Barber said,

and further along the Catholic Voice's article one reads,


"The rabbi and I wear the same head covering," the bishop said, doffing his skullcap, or zucchetto, which is copied from the Jewish yarmulke."

We at Call Me Jorge... don't have the time right now but in the future plan to do an entry on the yarmulke. Wearing the yarmulke is an outward sign showing the wearer's denial of Christ!


According to the United States Conference of Catholic Bishops this was the reading for the day:


Ezekiel  47:1-2, 8-9, 12
The angel brought me back to the entrance of the temple, and I saw water flowing out from beneath the threshold of the temple toward the east,
for the façade of the temple was toward the east;
the water flowed down from the southern side of the temple, south of the altar.
He led me outside by the north gate, and around to the outer gate facing the east,
where I saw water trickling from the southern side.
He said to me, “This water flows into the eastern district down upon the Arabah,
and empties into the sea, the salt waters, which it makes fresh.
Wherever the river flows, every sort of living creature that can multiply shall live,
and there shall be abundant fish, for wherever this water comes the sea shall be made fresh.
Along both banks of the river, fruit trees of every kind shall grow;
their leaves shall not fade, nor their fruit fail.
Every month they shall bear fresh fruit,
for they shall be watered by the flow from the sanctuary.
Their fruit shall serve for food, and their leaves for medicine.”

The two priests Rabbi Bloom dedicates his anti-Christian speech to are:

From Catholics will no longer address God as 'Yahweh', in the Rhode Island Catholic,


In the not-too-distant future, songs such as "You Are Near," "I Will Bless Yahweh" and "Rise, O Yahweh" will no longer be part of the Catholic worship experience in the United States. At the very least, the songs will be edited to remove the word "Yahweh" – a name of God that the Vatican has ruled must not "be used or pronounced" in songs and prayers during Catholic Masses.

Father Ronald E. Brassard, the pastor of Immaculate Conception parish in Cranston, said the new directive is "a good thing. This directive is the Church showing great sensitivity to... our Jewish brothers and sisters."

The Tetragrammaton is YHWH, the four consonants of the ancient Hebrew name for God.

"Essentially the tradition in Scripture and especially with Jewish people is that the name of God is so sacred that it's never said, you never say Yahweh, it's offensive to the Jewish people," Father Brassard explained. He added that the change apparently is to go into effect immediately. 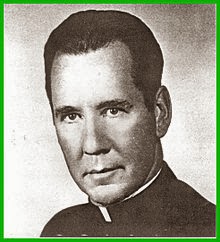 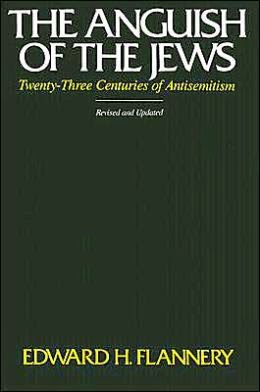 The Anguish of the Jews: Twenty-Three Centuries of Antisemitism
by Fr. Edward Flannery

Listen to the talmudic wizard, Rabbi Bloom, enlighten those in attendance on the reading for the day.

Rabbi Bloom, diabolically perverts Ezechiel, Chapter 47, which prefigures the baptism of Christ, and of His doctrine and His grace into the 'lessons' below.

1) Lesson of Faith - Catholics have faith in the Talmudic rabbis while Jews don't.  Christians want to pray with them and think rabbis are great.  Talmudic Jews should learn from the brainwashed Catholics.

2) Lesson of Chutzpah - The Talmud is a law system of what Jews should think and do.  Rabbis have the audacity to argue against Tradition and their God.  This is the Talmudic Jews gift to the world and Catholics can learn from it.

3) Lesson of Fruit - What happens when Catholicism (Faith) and Talmudic Judaism (Chutzpah) unite?  (i.e. the interreligous monologue of so popular after Vatican II)  Abundant fruit and a bounty of blessings from God.  Why even possibly, Heaven on earth!


There you have it, one is a good Catholic if he worships the rabbis, argues with God,  and does what the rabbi says!
Posted by hereisjorgebergoglio at 3:14 AM