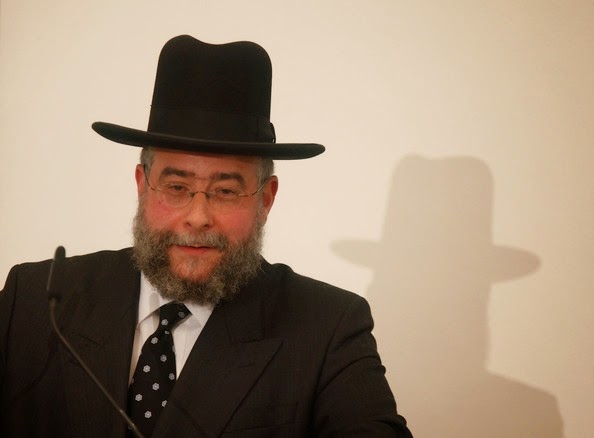 "An era of constructive dialogue between the Vatican and Europe has arrived. We are allies today and we deeply respect Pope Francis as a person who has played an enormous role in promoting the development of inter-faith dialogue and in establishing peaceful relations between nations and religions," Goldschmidt said, according to his press service.

"We hope that jointly we will ward off the danger of Islamic radicalism threatening Europe. We are also deeply concerned about the fate of European Jews, many of whom are leaving their homes under this threat," the rabbi said.

The talks will also deal with the role the world religions are playing in establishing diplomatic and cultural dialogue between Russia and Europe.

The Conference of European Rabbis, led by Goldschmidt, unites Jewish communities and their leaders from 40 European states.
Posted by hereisjorgebergoglio at 2:02 PM