Boff interviewed on the telephone by BBC Mundo 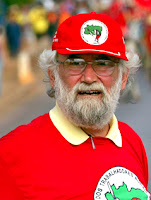 Leonardo Boff is an oft in trouble priest due to his support for Liberation Theology, communist regimes, and his revolutionary writings.  Boff finally left the Franciscan order in 1992 and is now the Professor Emeritus of Ethics, Philosophy of Religion, and Ecology at Rio de Janeiro State University.  The two questions and answers below are excerpted from the BBC Mundo interview, Leonardo Boff, teólogo de la liberación, sobre el Papa y el aborto: "Una vez abierta la puerta, ya no se cierra" by Gerardo Lissardy. 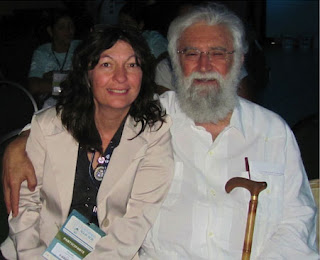 Do you think this (Francis' announcement of allowing priests to forgive the sin of abortion without the permission of their bishop during reconciliation) anticipates a doctrinal change within the Church?

I think the Pope will not discuss the doctrines. He always says that reality is above doctrines. If the reality is that today there are many divorces, the concept of family is changing more and more, and for him the important thing is that there is love. Where there is love, whether in the first or second marriage, there is something of God. 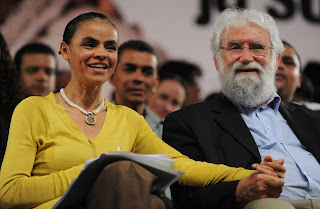 The Pope referred to your (Boff's) writings to prepare the encyclical (Laudato si') that was launched this year on ecology?

It is not good to talk about this. But three times I was asked to send materials by the Argentine ambassador to the Holy See. With great joy I have found (in the encyclical) that many things were used. But the it is the Pope's encyclical, not mine. What's new in the encyclical is that it goes beyond the vision of ecology as a environmentalism. It is not a green encyclical, it is a comprehensive encyclical of ecological, political, economic, spiritual, and not only of the relationship with nature. The Pope is now part of the new paradigm.

Is Jorge Mario Bergoglio out of his mind?  Or is he evil?  Francis used Boff's writings as a foundation for his envirocyclical, Laudatio si', and believes reality is above the doctrines of the Church!  Guess this is what is meant by taking the church to the peripheries...the  peripheries of insanity!  May God help us!

Posted by hereisjorgebergoglio at 8:23 PM