An Italian clown explains Francis' modernist transformation of the church 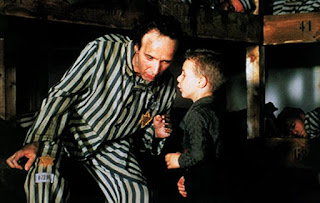 Roberto Benigni in his movie, “Life is Beautiful”.


“He is bringing the Church, with all his strength, to a place we have almost forgotten. We don't remember it. He is taking us to Christianity, to Jesus Christ, to the Gospel. He is launching the Church toward Christianity. It is something incredible: The religion of the humanity of God, the divinity of man. He is bringing it. And how is he doing it? Through mercy.”
— Roberto Benigni — 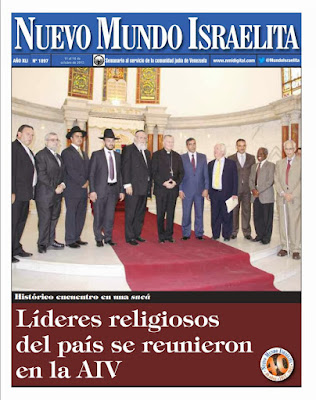 Then a papal nuncio, Pietro Parolin (shown center) in the Tiferet Israel Synagogue of Venezuela after he participated in ‘Sukkot’ service on 24 September 2013. The magazine, ‘Nuevo Mundo Israelita’ translates into English as the ‘New World Israelite’.

“I believe that he does not want to deal with specific cases but instead broaden horizons. He wants to bring the desire to encounter the infinite love of the Lord to people's hearts, the desire to experience the divine gift in our lives. It is far from our human logic but it's necessary to sustain us, to encourage us, to raise us up, and to make us capable of starting over again.”
— Cardinal Pietro Parolin — 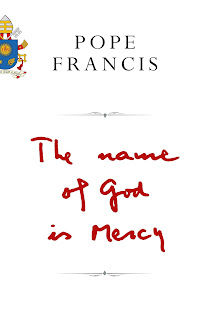 Tornielli's dialogue with Francis became this book, ‘The Name of God is Mercy’.


“I believe that the best parts of the book are when he shows his experience, with anecdotes and memories, when he shows the delicacy with which he approaches people in specific situations. It is not a theological or theoretical book. It is a book of experience. I hope that, as the Pope does when he communicates, it speaks from heart to heart.”
— Andrea Tornielli —

Posted by hereisjorgebergoglio at 10:49 AM