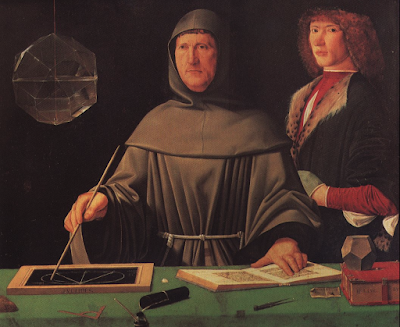 A portrait of the Franciscan friar, Fra Luca Bartolomeo de Pacioli, who is considered, ‘The Father of Accounting and Bookkeeping’ due to being the first person to publish a work on the double-entry system of book-keeping. 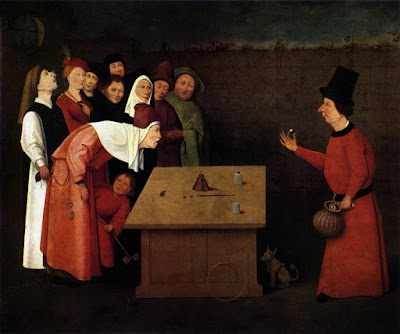 “The Conjurer,” painted by Hieronymus Bosch (between 1496 – 1520). The painting accurately displays a performer doing the cups and balls routine, which has been practiced since Egyptian times. The shell game does have some origins in this old trick. The real trick of this painting is the pickpocket who is working for the conjurer. The pickpocket is robbing the spectator who is bent over. (Source: Wikipedia)
Posted by hereisjorgebergoglio at 12:13 PM