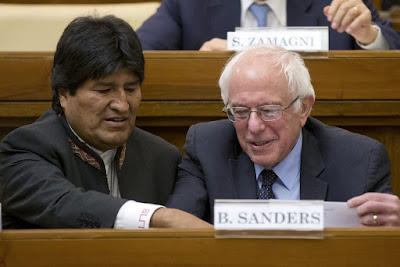 Francis had the time to meet with one of these communists.


Before the invited speakers and people participating in The Pontifical Academy of Social Sciences’ 25th anniversary celebration of Saint John Paul II’s encyclical letter Centesimus Annus, gathered, Francis found the time to meet with one of them, Evo Morales, for 27 minutes.  Publicly, Francis had Mgr. Marcelo Sánchez Sorondo read a letter (click here to read letter) to the attendees apologizing for being a no show to the meeting.  The letter said due to his unplanned visit to Lesbos, Greece to see ‘refugees’ (in a pedagogical theater production) he unfortunately didn’t have the time.  Was this the truth or was it his rumored private audience and remarks in the Clementine Hall of the Apostolic Palace with the members of the Trilateral Commission, their spouses, and their guests that left him short of time? 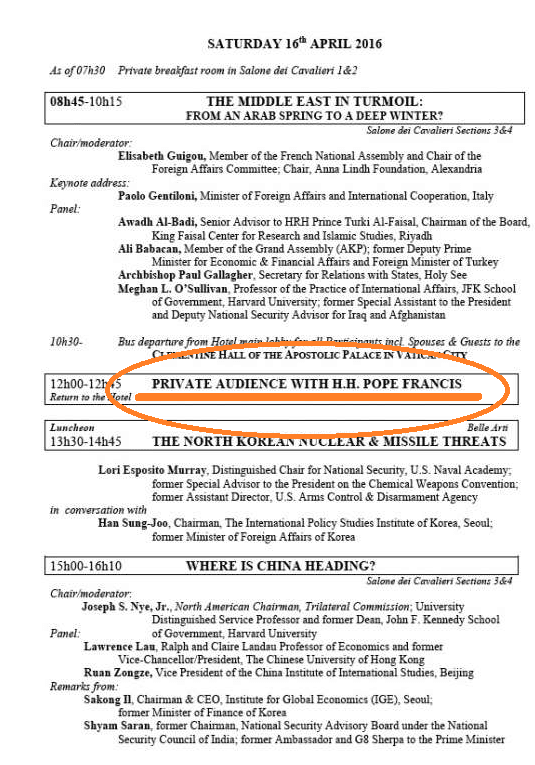 
Anyways, we are digressing...back to the gifts Francis and Evo Morales, the president of Bolivia, exchanged.  Morales recall gave Francis a hammer-and-sickle crucifix in early July 2015 as a gift along with two honors from the Bolivian government, the Order of Fr. Espinal and the Order of the Condor of Andes.  This time the gifts were a little more subdued but still as bizarre.


Evo gave Francis three books on the the coca plant. 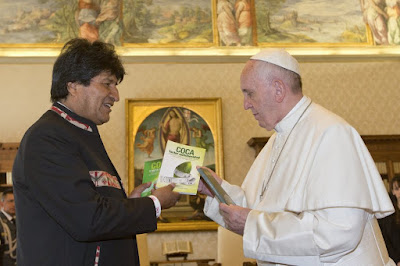 This book might help with Francis with his growing obesity.


Evo Morales if you couldn’t tell is a big believer of the coca leaf and told Francis,

“I take [tea coca leaf] and it makes me feel good. I recommend it.” 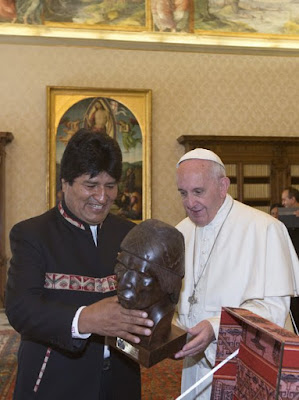 
The final gift from Morales to Francis was a wooden bust of the Aymara indigenous leader Tupac Katari, who is a favorite of Maoist guerillas all over South America.  For his part Francis gave to his friend two books, ‘Amoris Laetitia’ (The Joy of Love) and the book ‘El nombre de Dios es misericordia’ (The Name of God is Mercy) written by Italian journalist Andrea Tornielli based on conversations the two had.  This wasn’t Evo Morales first visit to speak at the Vatican and we doubt if it will be his last. 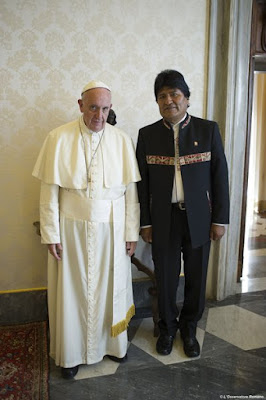 Two peas in a revolutionary pod.