“If you say you are in communion with the Lord, then walk in the light. But no to double lives! Not that! That lie that we are so used to seeing and where we too sometimes fall (into temptation), don’t we? To say one thing and do another, right? It’s the never ending temptation. And we know where that lie comes from: in the Bible, Jesus calls the devil ‘the father of lies’, the liar. It’s for this reason that this grandfather says with infinite tenderness and meekness to the ‘adolescent’ Church: ‘Don’t be a liar! You are in communion with God, walk in the light. Do works of light, don’t say one thing and do another. No to double lives and all that.”

source: Radio Vatican, Pope: No to Double lives: Christians are people of light 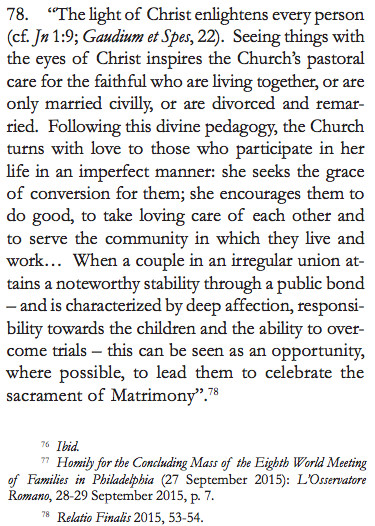 We are confused!  Today, Francis said don’t lead double lives because they are built on lies.  In Amoris Laetitia however, he says those in “irregular” situations (aka divorced and remarried, cohabiting, etc...) are no longer living in a state of mortal sin, receive sanctifying grace, and may remain in these “irregular” situations because to go back to their spouses might cause further sin!  We fail to see any logic here.  Is Francis insane? 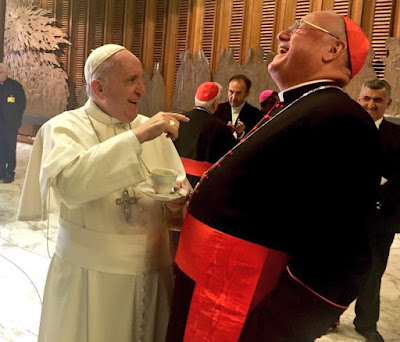 ‘LOL, The sheep will never catch on that us wolves are in charge!’
Posted by hereisjorgebergoglio at 10:06 AM