Francis packed them in at today’s general audience

or the Amoris Laetitia effect? 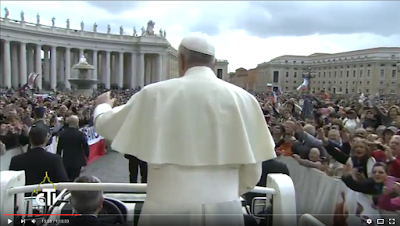 The adoring screaming mob was in St. Peter’s Square today to see the iPope of Mercy. 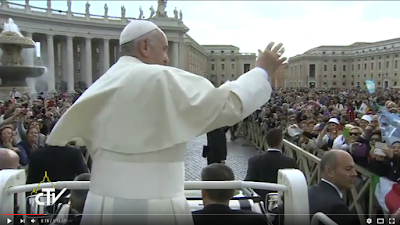 Francis humbly waved to the crowd which wasn’t scared of the rumored terrorist threats from ISIS. 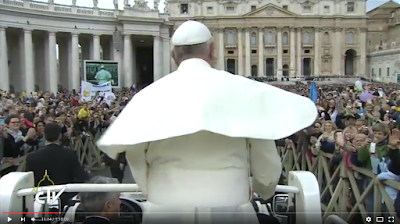 Nor were they put off by the heat wave (63 degrees F) currently pounding Rome. 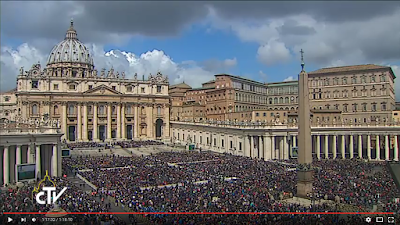 The divorced and remarried must have come out in droves to congratulate the Vatican for finally coming around to the correct position on “so-called irregular situations” in Amrois Laetitia. 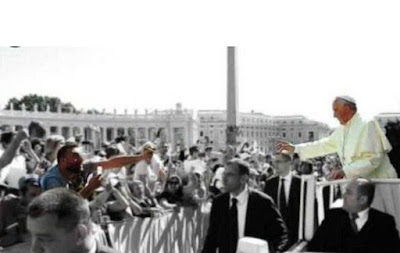 Another possibility is they heard about the TV host (shown above) who swapped zucchettos with Francis in 2014 and just sold his ‘authentic skullcap’ for £12,593 to an American collector...and wanted to get in on the humble papal memorabilia gravy train.

Who knows the reason why

but the crowds are back and bigger than ever! 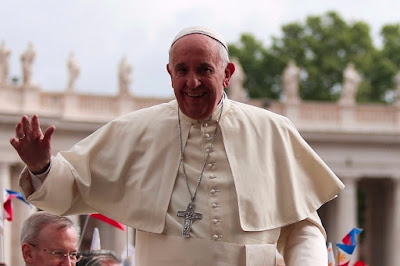 Posted by hereisjorgebergoglio at 8:57 AM