The Talmudists and their noahide golem creature...Islam 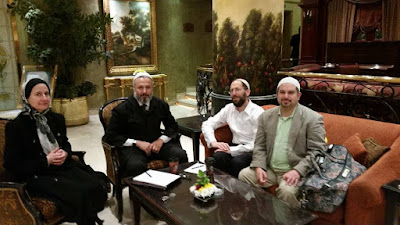 
A little background before we get to the quote... Rabbi Yakov Nagen was mentored by Rabbi Menachem Froman.  This man (Froman) is important because he was in on the founding of the movement of Gush Emunim.  This group was dedicated to creating settlements for Talmudic Jews in the Gaza Strip, the West Bank, and the Golan Heights, land which they believed God allotted to Talmudists for all time.  By settling Talmudic Jews on the Palestinian’s land, Gush Emunim believes they are hastening the Messianic Age when the Talmudic Jewish Mosiach will arrive.  Gush Emunim was founded by the students of Rabbi Zvi Yehuda Kook in 1974, who follow his teachings as well as his father’s.  Some of these students included Menachem Froman, Hanan Porat, Moshe Levinger, Shlomo Aviner, Eleazar Waldman, Yoel Ben-Nun and Yaacov Ariel.  Kook’s father, Abraham Isaac Kook was the First Chief Rabbi (Ashkenazi) of British Mandatory Palestine.  He was also a renowned Talmud scholar, Kabbalist (who merged the mystic Lurianic Kabbalah with Zionism), and was an important player in the Balfour Declaration.

Returning to Rabbi Yakov Nagen, he is the Rosh Kollel of Yeshivat Otniel, a Hesder Yeshiva, which allows Talmudic Jews to combine advance Talmud studies and military service in the Israeli Defense Forces. Yeshivat Otniel is located in an Israeli settlement in the West Bank and has an affiliation with Hasidism. He is also, according to his web biography, a leading Talmudic-rabbinic figure in interfaith encounters in Israel.

In a recent article published by The Times of Israel, the subtitle says it all, “With Islamic skullcap and large beard helping to obscure his Jewish identity, though twice confronted by Egyptian police, US-born Israeli visits Al-Azhar University to meet world’s top Sunni scholars”.  An Orthodox-Jew, Rabbi Yakov Nagen, is meeting with the world’s top Sunni scholars but for what purpose?

source: Times of Israel, For West Bank rabbi, a rare and risky trip to Cairo’s ivory tower of Islam

Moslems are the fulfillment of the seven Noahide Laws!

Islamists are a golem being used by the kabbalist magicians to destroy those who will not submit to the Noahide laws.  Not much has changed since the Battle of Lepanto ( 7 October 1571) or for that matter Our Lord’s Crucifixion! 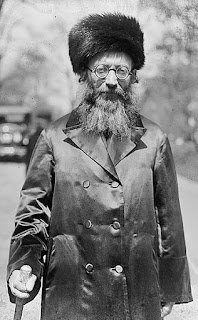 It’s sad that anyone listens to Rabbi Abraham Isaac Kook.

For more on the apostles of Rabbi Abraham Isaac Kook:
(via the Maurice Pinay blog)

Posted by hereisjorgebergoglio at 3:51 PM