An article posted today over at Crux News titled, Lady Gaga’s Mass pics and posts on faith stir Catholic reaction, starts off with these words,

“Generally speaking, when the Catholic Church looks around for allies in spreading the Gospel, it tends to look naturally to other Christians, perhaps, or people publicly associated with religious faith and values.
Now, however, the Church is getting a social media boost from a highly unexpected source: Lady Gaga.
In between posting pictures of herself attending red-carpet events, singing at the Oscars, and sitting on top of a naked man wearing nothing but her underwear, in recent weeks the American songwriter, singer and actress has also posted two pictures of herself attending a Catholic Mass.”


Below is the photo she posted of herself immodestly dressed before attending a Novus Ordo Mess on 24 April 2016 at Chicago’s Holy Name Cathedral.  What can we say other than she must have learned this behavior from the nuns who taught her at the Convent of the Sacred Heart (an elite K-12 school currently costing $44,735 per year to attend) in Manhattan, New York City. 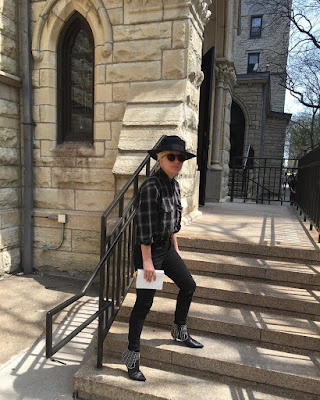 
Here’s the second photo which Crux News fawns all over.  Look, it’s Lady Gaga dressed in immodest pants once again but she’s with a priest so it’s all good! 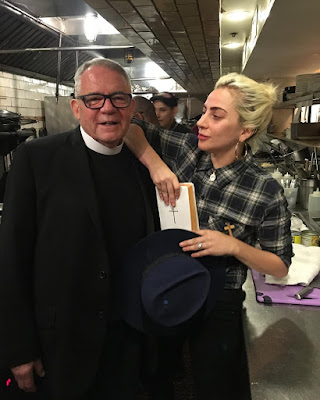 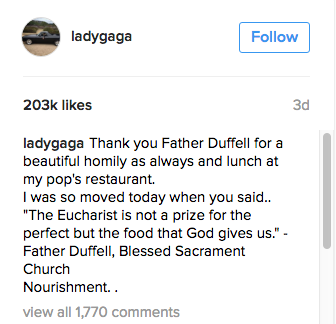 Caption which appeared with the above photo.
source: Instagram@ladygaga


So who is this Fr. John Duffell?

According to New Ways Ministry: “Fr. Duffell: as a way of welcome, he frequently mentions sexual orientation in homilies. Response to him is positive.” 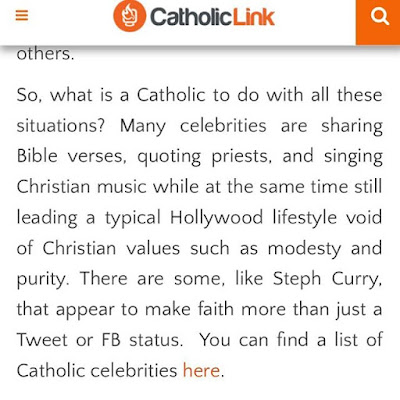 Lady Gaga is called out for living a lifestyle devoid of Catholic values such as modesty and purity.  source: Instagram@ladygaga 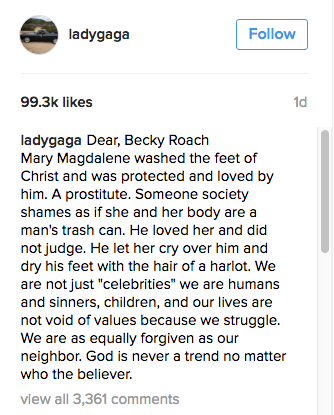 Lady Gaga’s response justifying her immodest dress and impurity.  Notice she doesn’t repent of her sins nor make an effort to be a Catholic.  Forget a contrite heart...“Who am I to Judge?”
source: Instagram@ladygaga


And not surprisingly Catholic Link gushed about Lady Gaga’s above response in the post, Why did Lady Gaga Reply to Catholic-Link on Instagram? Our Response.  In it they quote Francis and write of God’s tender love and mercy.


What Lady Gaga prays for. 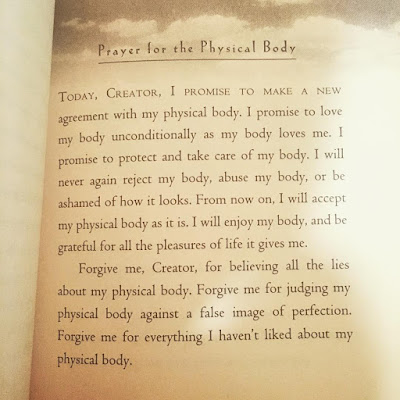 This is the what Lady Gaga prays for the temporal not the spiritual.
source: Instagram@ladygaga


Let’s recap, the lamestream media outlets Crux News and Catholic Link are in a tizzy that Lady Gaga is posting photos of herself before and after attending the Novus Ordo Missae as well as a Bible quote here and there with a new-age prayer...let’s canonize her, she must be a saint!  The reality is we have a bi-sexual woman who dresses in the latest lesbian chic, promotes immodesty and materialism, performs a Satanic ritual in one of her music videos, appears to be a mind control victim, and a shill for the Illuminati being sold to the public as a great person because she posts a few things on social media which have no resemblance to Catholicism other than the trappings.  How sad and to quote Christopher Ferrara it must be “diabolical disorientation” at the least and spiritual possession at the worst.  Keep Stefani Germanotta, John Duffell, and the writers over at Crux News and Catholic Link in your prayers.

For more on Lady Gaga and how perverted her music and agenda are see Vigilant Citizen’s exposes on her and her music.  (Warning link contains immodest images and subject matter.)
Posted by hereisjorgebergoglio at 4:05 PM