The Pope Video #6 — Solidarity in Cities


As usual with Francis’ prayer request videos, there is no Catholicism.  No crucifix, no rosary, no Holy Mass, no prayer shown, etc...  Francis does mention prayer when he asks the viewer to join him in praying that the marginalized and elderly may have “opportunities for encounter and solidarity.”

Where do these things which Francis prays for come from?

Pierre Leroux was a Freemason who had ideas very similar to the ones Francis drones on and on about concerning ‘solidarity’, ‘charity’, ‘responsibility’ — all that is missing is the ‘culture of encounter’.  Leroux also coined the term — socialism. 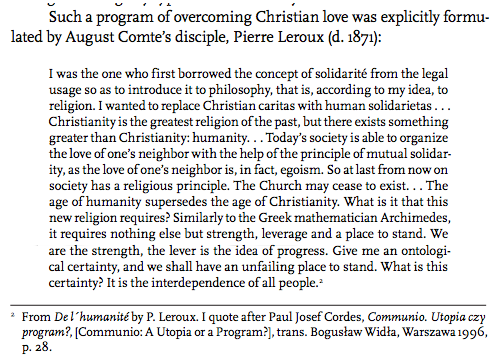 What Francis is selling in his video certainly isn’t Catholicism. 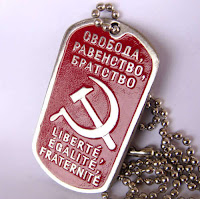 It is in fact the ‘new’ religion.


Credit for the ideas in this post belong to the Spanish language blog, Non Possumus and are contained in their post VIDEO DE JUNIO DEL PAPA: NINGUNA MENCIÓN DE DIOS NI DE LO SOBRENATURAL.
Posted by hereisjorgebergoglio at 4:39 AM