“As "Miss Germany" I stand for women who are confident and equal in life and show who they are and what they can do. There is no reason to hide. That's the message.”
— Lena Bröder — 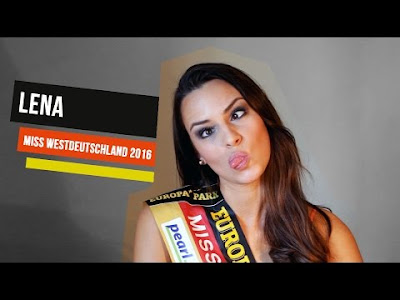 This screenshot of Miss Bröder about sums up her intelligence. 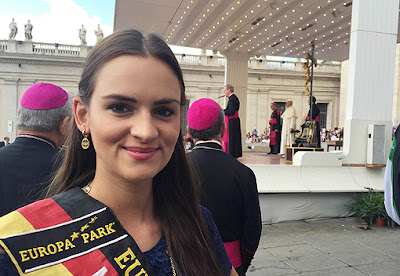 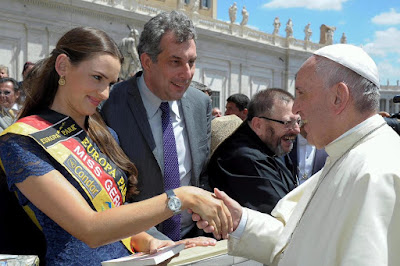 On 11 June 2016, in a special homily for disabled people Francis criticized the obsession over looks and said,


“In an age when care for one's body has become an obsession and a big business, anything that is imperfect has to be hidden away, since it threatens the happiness and serenity of the privileged few and endangers the dominant model...The world does not become better because only apparently 'perfect' -- not to mention 'made-over' -- people live there.” 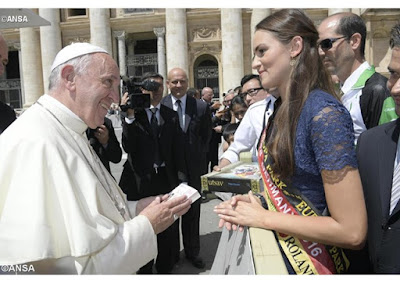 So naturally Miss Germany gave Francis a copy of her new book. 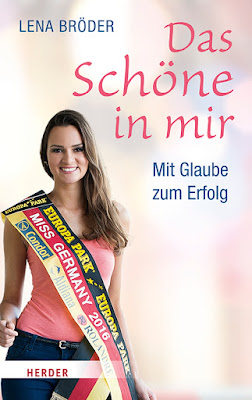 Das Schöne in mir - Mit Glaube zum Erfolg
The Beautiful in me: with faith to success 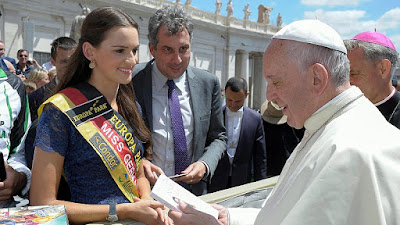 Francis was impressed and read aloud the title of the book in German twice.

“The Pope is a great role model. [...] My impression is that he is modernizing [updating] the Church and brings her closer to man and to our current times.”
— Lena Bröder — 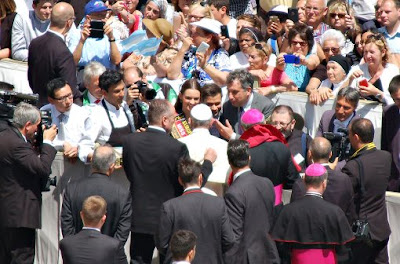 Guess which school Miss Bröder teaches at?
If you guessed the Anne Frank School you are correct! 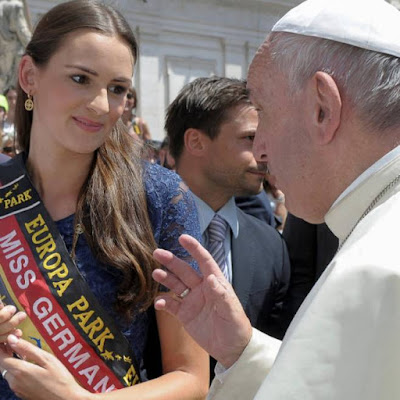 Did Francis tell her that as a celebrity, she should participate in his
revolutionary education program Scholas Occurentes? 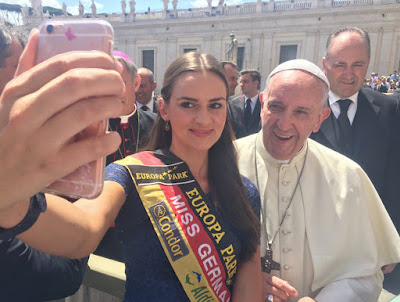 Say ‘Novus Ordo’, it’s time for another selfie which Francis so loves! 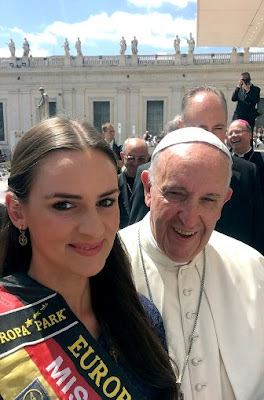 Miss Germany got her selfie with Francis but did she show him her tattoo?


Miss Bröder said she was “moved” by meeting Francis and, “I told him that I pray for him.”

To recap, on Wednesday at his general audience, Francis met with a reigning beauty queen (Miss Germany — Lena Bröder) and took a selfie with her.  This same woman pranced around in immodest dress in order to get her title but it’s a-OK as immodesty doesn’t conflict with the Novus Ordo faith.  Not only that, but she is also a catechist of this Novus Ordo religion and teaches home economics at the German — Anne Frank School. All this after Francis had criticized those obsessed with their physical appearances during his homily last Sunday.  To top it off, Miss Bröder moved to Nordwalde last year where she lives with her showjumper boyfriend!  As usual, Francis’ elevator is out of order and sadly so is Lena Bröder’s.  This paradox of insanities can be summed up — it’s the Noahide Novus Ordo!

Posted by hereisjorgebergoglio at 2:59 AM