How many were really in attendance?


On Monday 15 August 2016, the Feast of the Assumption of the Blessed Virgin Mary, Francis gave a special Angelus Address. 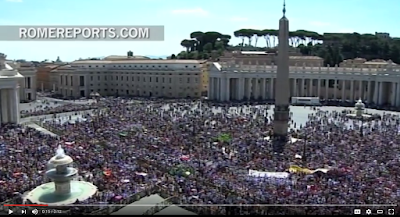 source: RomeReports, Pope at Angelus of the Assumption addresses women subjected to sexual and labor exploitation 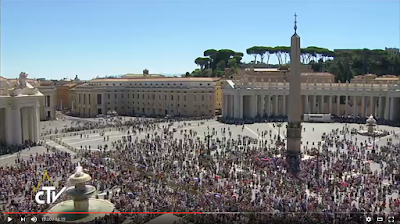 One would think that with a claimed 13 million plus pilgrims to the Vatican since the Jubilee of Mercy was declared, that Rome Reports wouldn’t have to pull shenanigans like this to bolster the numbers attending an Angelus Address.
Posted by hereisjorgebergoglio at 10:09 AM