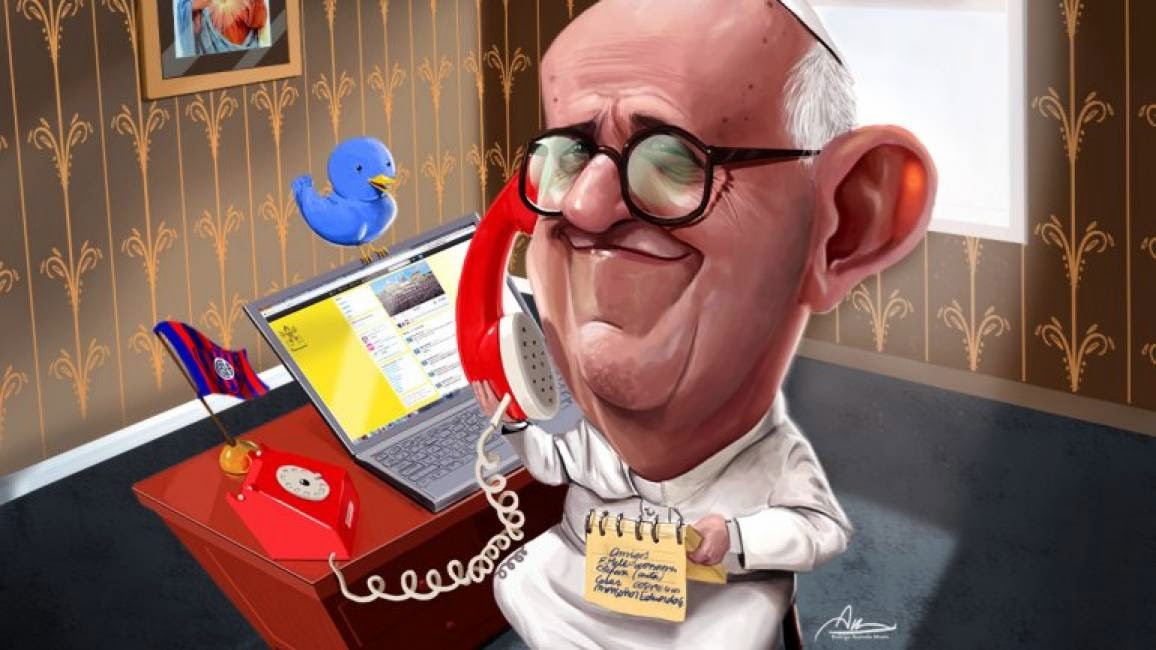 “In this world where money is worshiped as the God, may Christmas helps us to look at the smallness of this God [the Christ-child] who has overturned the worldly values. I wish you a Holy Christmas, and happy, so happy Christmas. Hugs to all!”
— Francis to Italians on Unomattina —

Calling a television talk show must now be ‘tradition’ since Francis is only following in the footsteps of his predecessors Saint John Paul the Great and Benedict XVI!

Posted by hereisjorgebergoglio at 9:51 AM