Francis is an active participant in the destruction of Europe

Ever wonder why Jorge Mario Bergoglio was selected? 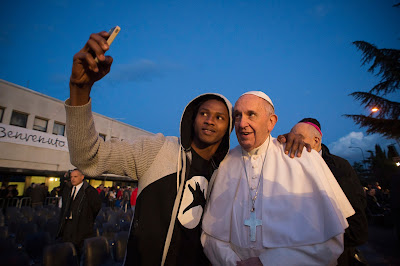 “In Those Days Jesus Christ Will Send Them Not A True Pastor, But A Destroyer.”
— St. Francis of Assisi —


It’s simply that he is in cahoots with the cryptocracy.  Ever see someone decry the behavior of the international bankers while simultaneously assisting them by getting the poor to refinance their debts?  Yup, that’s Francis ‘the humble’.  Listen to Francis publicly lament NGOs, the mafia, human traffickers, and slavery while at the same time he shares in their goal of the destruction of Europe.  After all who is the biggest champion of the Moslem invaders?

The supposed migrants being ‘rescued’ at sea during the
months of October & November are in reality being shipped to Italy directly from Africa by NGOs, smugglers, and the mafia.


“Each of them has a name, a face, and a story as well as an inalienable right to live in peace and to aspire to a better future for their sons and daughters.”
— Francis to the Jesuit alumni, September 2016 — 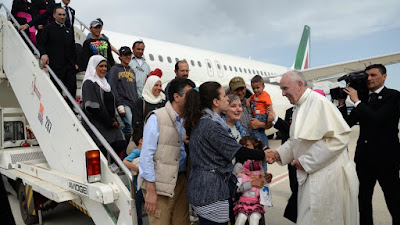 Francis doesn’t care which continent the Moslem invaders come from as long as they come to Europe to conquer under the banners of ‘Compassion’ and ‘Mercy’.

...“We come from distant lands; we have different traditions, skin colour, languages and social backgrounds; we think differently and we celebrate our faith in a variety of rites. None of this makes us enemies; instead, it is one of our greatest riches.” 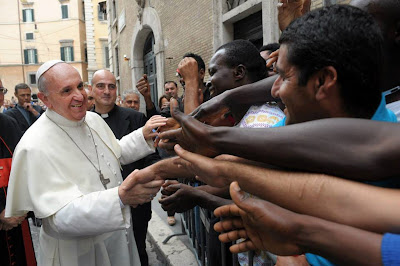 Francis and his adoring fans know what the game is.  Do you?
Posted by hereisjorgebergoglio at 1:24 PM