Some blame it on terrorism, others that Christmas day fell on a Sunday but we at Call Me Jorge... believe it is Francis fatigue.  Since the reign of Francis has begun he has managed to alienate most of the Vatican bureaucracy and to burn out several reporters.  The crowds have never really shown up for Francis as they did for Benedict XVI.  His ‘Urbi et Obi’ had seen a marked decline until this year when attendance was flat even though the Jubilee Year of Mercy had just recently finished.  According to Vatican reporter, Rocco Palmo, “Thanks to Jubilee, attendance at 2016 Pope events in Rome was 3.95mil – up from 3.2m in 2015, but still marked decline from 5.9m in 2014.”  Could it be that people think the man is irrelevant?  Looking at the social media and mainstream media that’s been crafted by Opus (ju)Dei’s Greg Burke it’s little wonder why he is thought of in this manner. 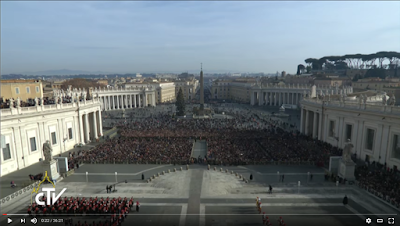 The crowd looks a bit sparse. 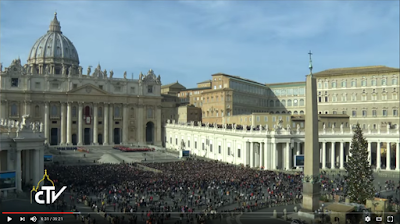 People are still trickling in. 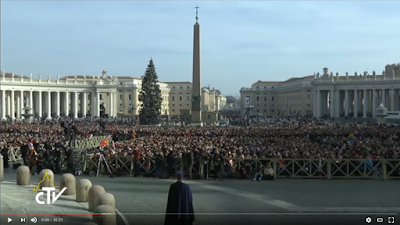 Still a lot of empty space. 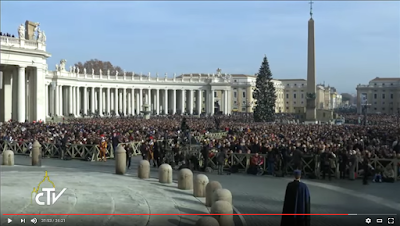 As full as St. Peter’s Square gets these days. 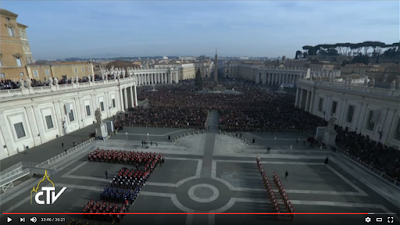 About as many in attendance as last year’s Urbi et Orbi.

Posted by hereisjorgebergoglio at 4:27 PM