SEE BOTTOM OF ENTRY
FOR VIDEO 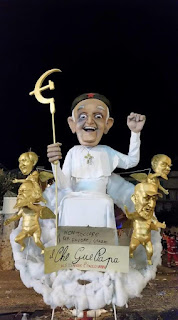 The Carnival of Viareggio featured a float named ‘il Che GuePapa’ created out of paper mâché by the brothers Vanni (Alessandro & Paolo).  As can be seen in the assortment of photos (above and below), Francis is wearing the revolutionary beret of the anti-Catholic communist, Ernesto "Che" Guevara Lynch, while holding a communist ‘hammer and sickle’ crozier and giving the communist clenched power-fist.  The paper mâché Francis is also surrounded by some of the worst communist ‘heroes’ — Mao Tse-tung, Karl Marx, Vladimir Ilyich Ulyanov (Lenin), and Fidel Alejandro Castro Ruz — who are portrayed ironically as cherubim.  Recall, that Francis edited a book of dialogues between Fidel Castro and John Paul II many years ago, said in interview, “The Marxist ideology is wrong. But I have met many Marxists in my life who are good people, so I don’t feel offended”, and in another interview while laughing that, “I can only say that the communists have stolen our flag. The flag of the poor is Christian. Poverty is at the center of the Gospel [...] Communists say that all this is communism. Sure, twenty centuries later. So when they speak, one can say to them: 'but then you are Christian'”.  People dressed in the clothing of religious danced and gyrated in front of the float and wore giant necklaces which were a version of the ‘hammer & sickle crucifix’ presented to Francis in July 2015 by Juan Evo Morales Ayma, the socialist president of Bolivia. 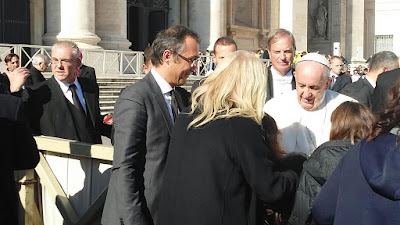 
Interestingly, the plans for the float had to be submitted before and were approved by the Fondazione Carnevale di Viareggio back in August 2016.  Later that year in November, a delegation of forty people from the Fondazione Carnevale di Viareggio met with Francis after a general audience. They presented Francis with many gifts among them a was the hat of Burlamacco, the official mascot of the Carnival of Viareggio.   Francis joked that Burlamacco’s hat reminded him of a bishop’s mitre. He told the delegation that he had been to Viareggio before as he has a relative in nearby Pescia. The delegation invited Francis to the Carnival of Viareggio to which he replied, “Who knows?”  No word if the group informed him that he was to be one of the festivities.  Even if Francis failed to show up in the flesh at the Carnival of Viareggio, he was most certainly there in spirit! 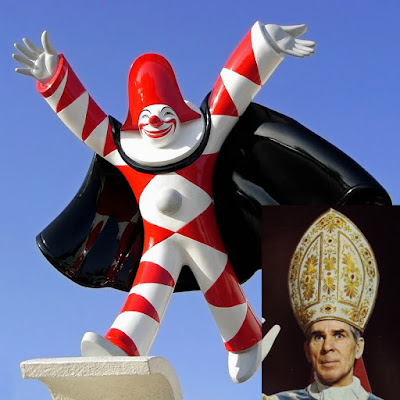 Never one to let an opportunity to make a macabre jest of the Catholic Faith pass
by, Francis said the red hat of Burlamacco reminded him of a bishop’s mitre. 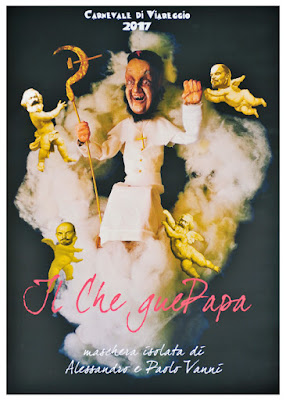 The proposal sent in by the Vanni brothers and approved by the
Fondazione Carnevale di Viareggio in August 2016.


‘il Che GuePapa’ in the Carnival of Viareggio 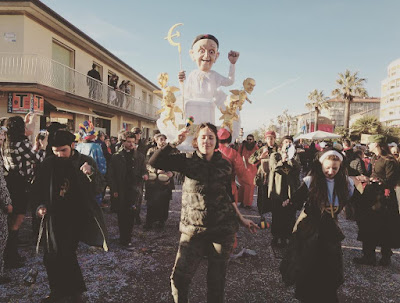 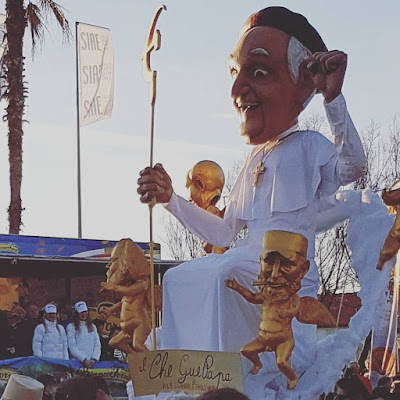 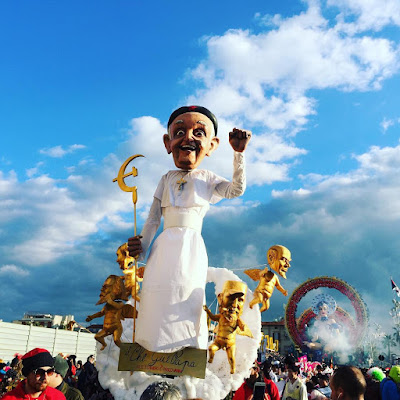 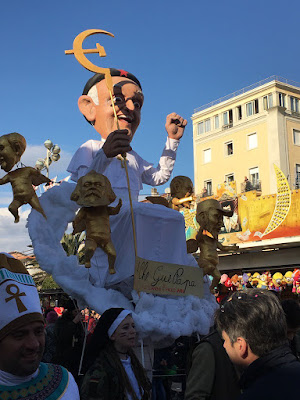 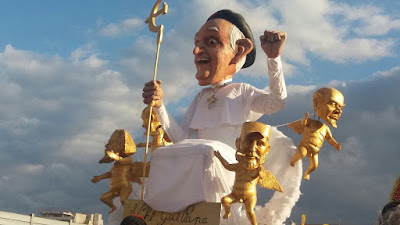 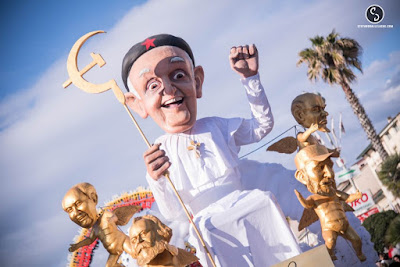 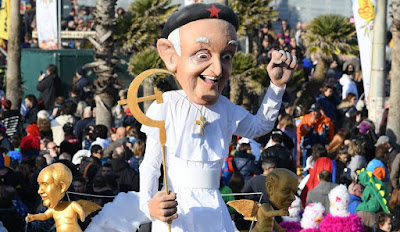 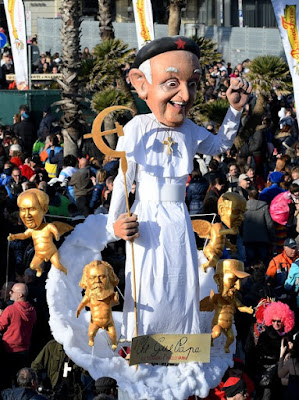 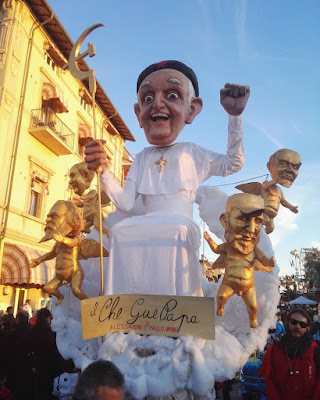 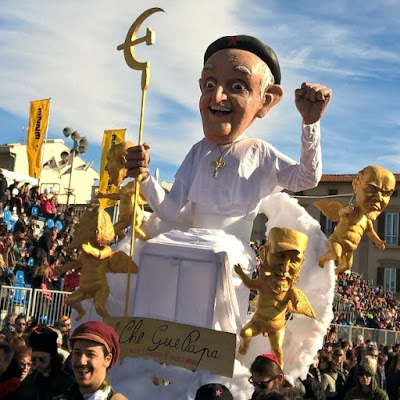 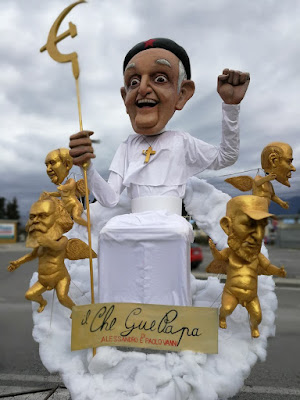 
The delegation of forty people from the Fondazione Carnevale di Viareggio including the float drivers sit in Francis’ private box at his general audience and chat with him (12 November 2016).


the ‘il Che GuePapa’ float
Posted by hereisjorgebergoglio at 5:09 PM