Bp. Fellay confirms that the SSPX is very close to entering the insane asylum known as the Nervous disOrder where they will get their own wing! 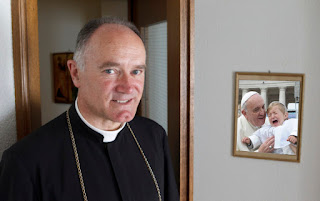 The fun begins at 13 minutes and 30 seconds!
Bp. Fellay’s sermon in Spanish and translated into Polish
by an unidentified priest in Poland on 3 March 2017.


Edited video with Polish translation removed, starting from
the 13 minutes and 36 seconds mark in the above video.

Francis has plenty of rooms to spare and wants to share
them with you, regardless of your religious beliefs!

Posted by hereisjorgebergoglio at 10:47 AM