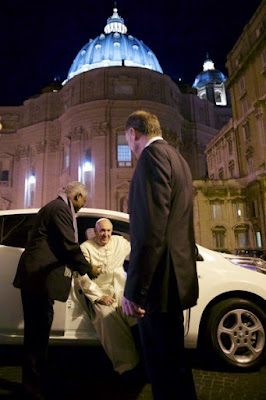 
“In the case of his new EV, much of the credit comes down to the foresight and focus of Berlin-based asset manager Jochen Wermuth.

Word is that Jochen Wermuth — who is working to get the Vatican to put all of its investments in sustainable enterprises — tried to get the Pope into a Tesla, but he preferred a smaller car so went with the Nissan LEAF.

Wermuth’s work is essentially part of a broader campaign (even if not officially/directly) to get the Vatican to divest from fossil fuels and go 100% green. That would certainly match the Pope’s message.

“The destruction of the human environment is extremely serious, not only because God has entrusted the world to us men and women, but because human life is itself a gift which must be defended from various forms of debasement,” the Pope wrote in his May 2015 climate encyclical.” 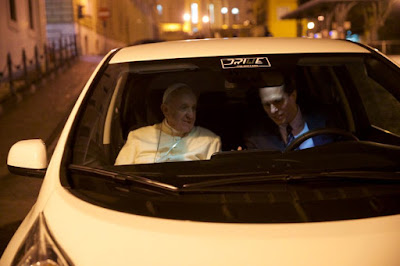 Francis believes in saving Mother Earth but not in saving souls. 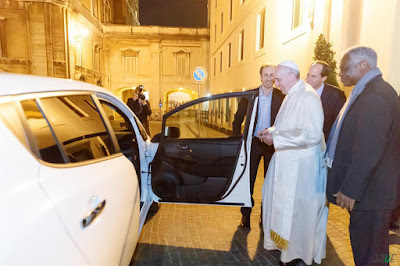 How many cars does this windbag have?
Posted by hereisjorgebergoglio at 12:28 PM